Image
Mother and daughter take third destination vacation to the Sanctuary in Utah to volunteer with pets after Mom beats cancer.
By Christelle L. Del Prete

Several years ago, Gretchen Goettl and her mother, Mary Wright, began a special tradition together: a yearly mother-daughter trip to Best Friends. In late 2016, after two previous volunteer vacations at the Sanctuary, they excitedly made plans to visit Utah from northern California.

Life, however, had other plans for them, causing Gretchen and Mary’s third volunteer vacation to be delayed by a year. That’s because Mary found herself battling cancer.  It wasn’t the first time. She had successfully fought her way back to health twice before. This time, thought, the cancer was more aggressive and required surgery and extensive treatment. But Mary was a survivor. She also had a not-so-secret weapon: her love of Best Friends and her determination to once again volunteer with pets.

Dreaming of a destination vacation at Best Friends

Though Mary was too ill during her treatment to vacation in Utah (or anywhere else), she still dreamed of her next destination vacation to Best Friends and vowed that she would not miss another one. It would be a long recovery journey for the then 72-year-old woman, but she was determined to get back on her feet and back to her happy place.

To keep her spirits up while she was on the mend, Mary wore Best Friends hats and set up a “countdown to Best Friends” clock, which ticked away the days, hours, minutes and seconds until her next Utah vacation. When she received a fleece logo blanket as part of a care package from Best Friends, she took the blanket with her to the hospital for comfort. Just thinking about returning to the Sanctuary helped to lighten her mood in the darkest of times.

“This has been a very hard time for her and she has had times when she was feeling pretty low,” Gretchen says. “The one thing that has kept her going the entire time is going to the Sanctuary to volunteer. Every time she felt sick or otherwise unwell, she would have one thing to say: We are still going to Best Friends. 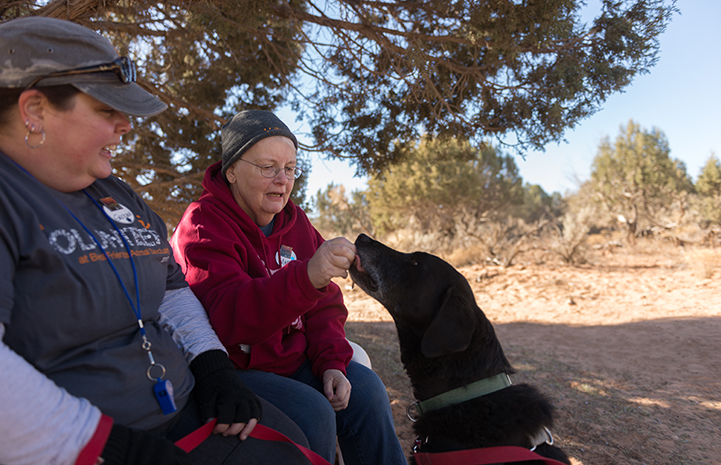 Survivor returns to the Sanctuary

Her refusal to give up paid off. At age 73, the three-time cancer survivor returned to the Sanctuary. After all she’d been through, Mary got to do what she most wanted to do — make that third volunteer trip. Sometimes, the third time really is the charm.

Because she and Gretchen consider themselves dog people, they volunteered in Dogtown as they had on previous visits. Mother and daughter spent a few happy mornings walking dogs, doing dishes, cleaning and helping however they could. In the afternoons and evenings, they took some very happy dogs on outings and sleepovers at the Best Friends cottages.

“Walking the dogs and playing with the puppies are my favorite things about coming to Best Friends,” Mary says. “Also, I love staying in the cottages or cabins at the Sanctuary, so we can have adoptable animal sleepovers.” 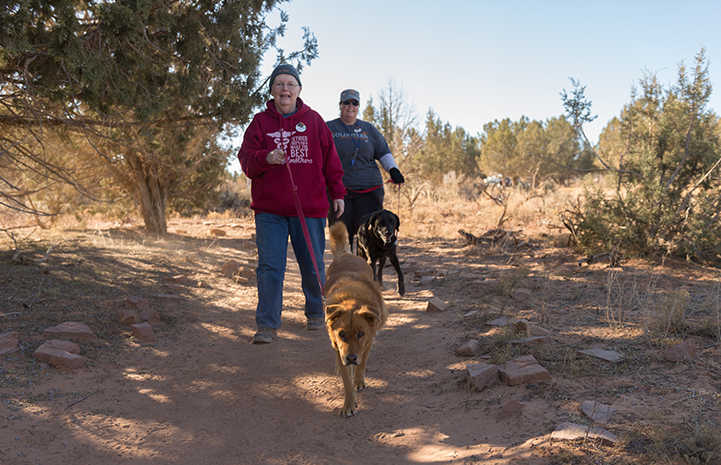 It’s not only the animals that makes Best Friends one of Mary’s favorite places to visit in Utah — or anywhere in the country. “Everybody here is so friendly,” she says.

Volunteering at Best Friends also inspired the mother-daughter duo to help animals at their local shelter, just north of Sacramento, where they volunteer when Mary is feeling up to it. “We came to the Sanctuary, and that's really what motivated us to help out at home,” Mary says.

When they’re back home, Best Friends remains on their minds and in their hearts. They remember all the dogs they’ve met on each trip to Dogtown, and they track them online, so they can celebrate when they are adopted.

For sure, one thing has not changed: No matter what stands in their way, they know they’ll continue their tradition by returning to the Sanctuary.