Laddie was shy and very timid of people when he was brought to the Best Friends Pet Adoption Center in New York from Animal Care Centers of NYC. But it didn’t take long for the team at the center to learn that Laddie loves making new dog friends. It just takes him some time to let his guard down around people.

What Laddie really needed was a quiet home with a patient family to love him for who he already is — not for who he could become. And because Laddie is nine years old, it was high time for him to relax and live life just the way he wants. They are called the golden years, after all.

Laddie was closer to the good life than one might expect. That’s because he was one of the pets featured at the Love Is Special adoption event, designed to help find new homes for special-needs pets from Best Friends in New York and our partner organizations.

“The event was a great opportunity to spotlight some of the animals in our care who are frequently overlooked, but have so much love and excitement to give,” says Kirstin Burdett, manager of community programs and events for Best Friends in New York. “And it was a great way to spotlight our partnering groups that brought in their special-needs cats from foster homes, so it gave them an even better chance to get adopted.”

To encourage people to come out and adopt, Lagunitas Brewing Company (for the entire month of October) covered dog adoption fees for all dogs from both the center and rescue partners. “Lagunitas stepped up in a big way to help save the lives of New York City’s homeless animals,” says Elizabeth Jensen, executive director of Best Friends in New York. “We are very grateful for the support, which helped dogs at our center to find the loving homes they deserve.”

That day, many senior dogs and cats found homes, including Cucumber and Bingo (adopted together) and a kitten with feline immunodeficiency virus (FIV).

How we’re working to Save Them All 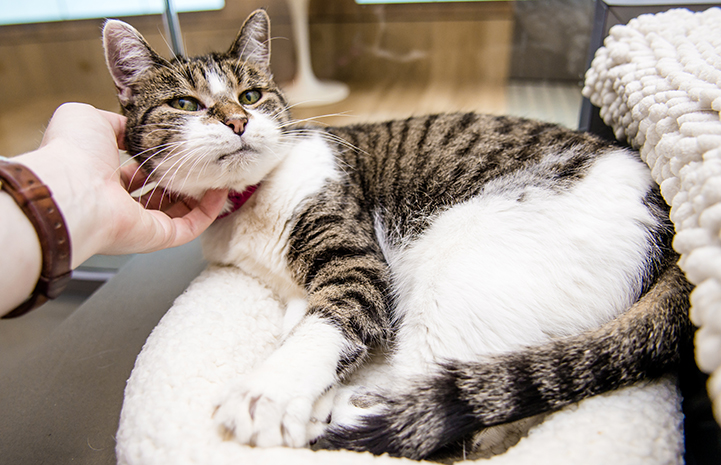 A senior dog gets the space to be himself

The Love Is Special event is where Laddie met Bill Baker, who was looking for a dog ready to leave the big city behind for life in the country — just like he had. Bill had just begun his second year of seminary school in Virginia when Lalo, his beloved dog, passed away. He knew at some point he would adopt another dog, especially because he lives on about 400 acres of green space that most dogs would consider Shangri-La. Plus, Bill needed a running buddy.

As the season changed and the leaves started turning, Bill thought he might be ready to adopt a dog. His daughter Meagan happens to work at the Best Friends Pet Adoption Center, and when Laddie arrived there, she hoped that her dad and the dog might be the perfect match. And it was perfect timing, too, because Bill would be in New York the same day as the Love Is Special event, and he couldn’t wait to meet the dog his daughter had been telling him about. 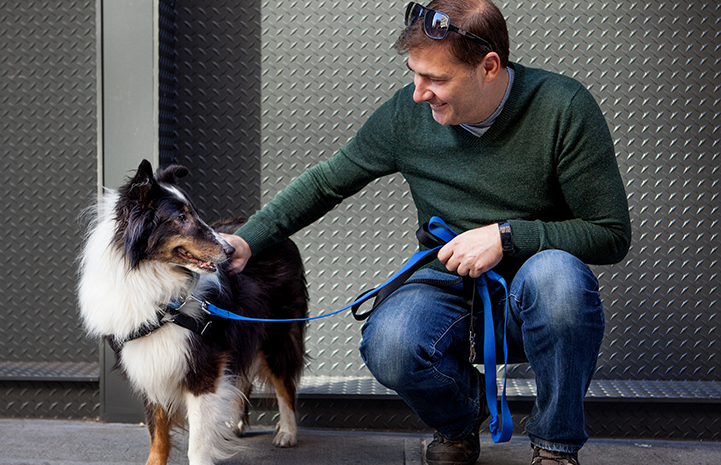 A reminder to slow down

Meagan’s hunch turned out to be right. After just a few moments with Laddie, Bill decided that Laddie would soon be a resident of Virginia. He didn’t mind at all that Laddie was timid around other people, and liked the fact that Laddie is an older dog.

“He’s already housetrained, and that makes things a lot easier,” says Bill, who adds that when he gets home, Laddie is ready for a run in the woods, or around the seminary where Bill takes classes and where Laddie can meet up with some of the many dogs who also live on the grounds.

Laddie is sweet and gentle, and reminds Bill to slow down — that is, when they’re not out running together. Laddie has a lot of energy and loves getting out in the fresh air for a jog. “He’s turned out to be a great companion,” says Bill.

A special event with an added benefit

“It was very touching to see so many families visit the center who are open to adopting an animal that may come with special considerations,” says Kirstin, who also points out that the event had an added benefit of teaching visitors about FIV and other common animal health conditions. “They got to meet adoptable animals who can live long and wonderful lives, and have so much love to give.” 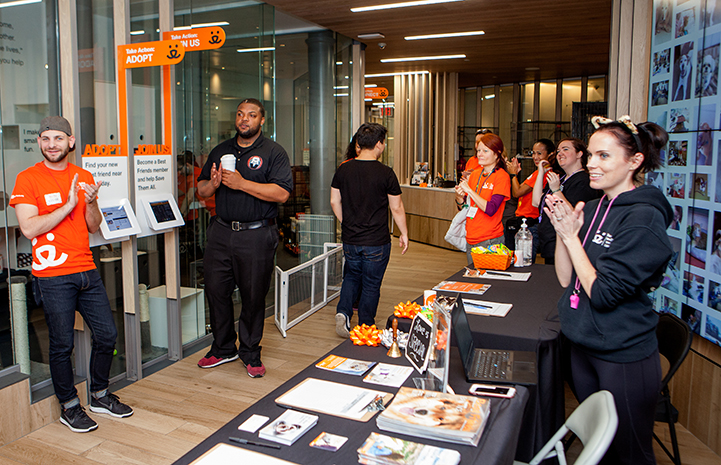