Every pet at the recent Best Friends Super Adoption in New York City, presented by BOBS from Skechers with additional support from Petco Foundation and Hallmark, had a unique story. And the more than 320 pets adopted over the weekend are now busy living their next chapter, which is all about life in new homes.

Additionally, 35 cats and 43 dogs at the super adoption — from Best Friends and other participating rescue organizations — had their adoption fees covered, thanks to the Walter Williams Home Sweet Home Fund, which was started by a family in honor of their beloved pit bull terrier, Walter Williams. The generous fund was established by the family so that deserving pets could have a chance to live life in a loving home — just like Walter did.

Nearly 4,000 people braved the weekend’s wintry weather and headed to this year’s super adoption at the Metropolitan Pavilion in Chelsea, where they could grab a cup of coffee from Grounds & Hounds Coffee Co., stroll the space (all decked out for the holidays) and meet the adoptable cats and dogs (some also decked out in holiday-themed sweaters and reindeer antlers).

This year’s event included 28 shelters and rescue organizations that joined Best Friends–New York for the two-and-a-half-day event to help save the lives of New York City’s pets. Not even the weekend’s unpredictable weather could keep them away.

“New Yorkers aren’t going to let a little sleet and snow stop them from helping our city’s homeless pets get the second chance they deserve,” says Elizabeth Jensen, Best Friends–New York executive director. “This year’s attendance was astounding, and it shows just how committed New York is to helping Best Friends achieve its mission of saving the lives of our homeless pets.” 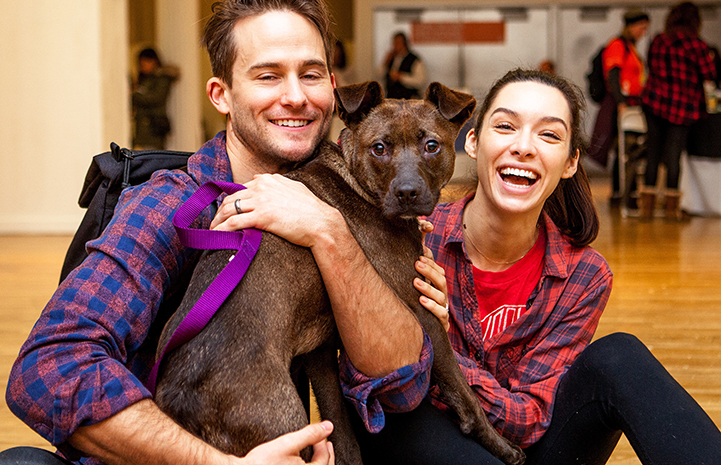 From shelter to BOBS from Skechers-featured pet: One cat’s story 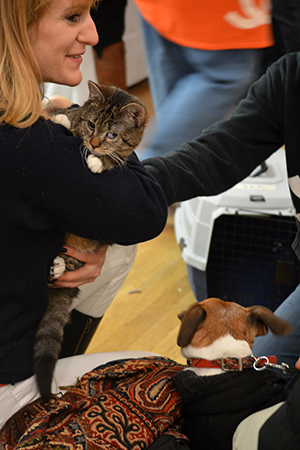 When Sissy arrived at Animal Care Centers of NYC before being taken in by Best Friends–New York, she was fighting a whole list of maladies. But she also brought with her an unbreakable spirit and unlimited amounts of affection. With good veterinary care and a lot of love, she was ready to be adopted just in time for the event.

Sissy waited patiently at the event while potential adopters petted her. Some even spent time with her in the meet and greet area. But as Saturday came to a close, it seemed that she might not meet her new family that weekend. That is, until Dewaele Le Roi Vannineuse and Guillaume Flora walked in with their Jack Russell terrier.

The young French couple bonded with Sissy as soon as they saw her. As they held her, they loved how she instantly cuddled with them and calmly let their dog greet her with a tap from his wet nose.

That evening, Sissy was one of the last pets of the day to be adopted. And because she was chosen as the BOBS from Skechers’ featured pet, she got to go home with a special gift basket from BOBS from Skechers, filled with items to make her feel comfortable in her new home.

Ilana Wexler and her husband Jhesse Jones got married in September and recently decided it was time for their next big leap: puppy adoption. They began looking online for their perfect pup, and that’s when they first learned about Ewing, a 13-week-old Beagle mix, who had been rescued by Social Tees Animal Rescue, a New York City rescue group.

Ilana and Jhesse knew they had to meet Ewing, who would be at the super adoption that weekend.

It didn’t take long for the couple to make the decision to adopt Ewing, who handled all the attention like a pro — remaining sweet, calm and relaxed as attendees gushed over his cuteness. “We fell in love with his personality,” says Ilana. Smiling at Jhesse as he held Ewing, she added: “I just got married, but I’m thinking this may actually be the best day of my life.” 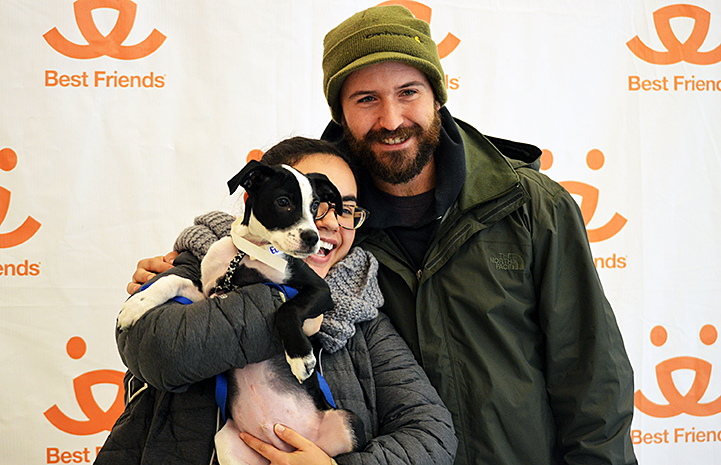 Super adoption paves the way for more lifesaving in 2017

Through support from sponsors including BOBS from Skechers, Petco and Hallmark, along with help from many dedicated volunteers, Best Friends concluded its last super adoption event of 2016 and another successful lifesaving year. And with the upcoming opening of the new pet adoption center in SoHo, we look forward to continued success in 2017.

“The support and enthusiasm that Best Friends received at our recent super adoption is proof that New York is well on its way to becoming no-kill,” says Elizabeth. “We are looking forward to saving many more lives in the new year.” 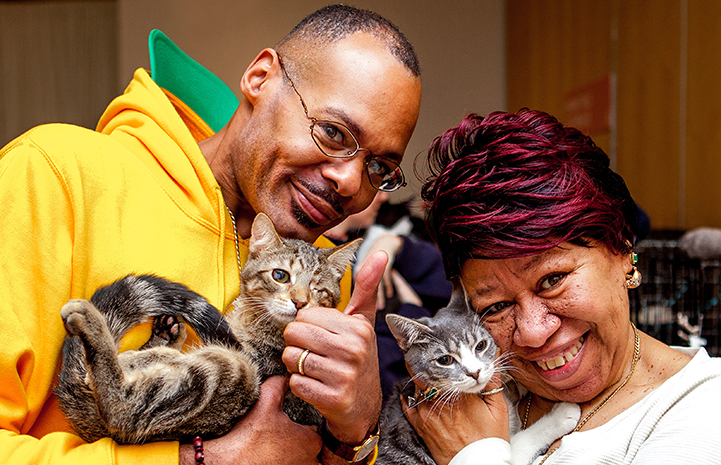