Image
Actor and author, who is an advocate for handicapped pets and animals with special needs, volunteers at Best Friends.
By Christelle L. Del Prete

Cleaning a horse pasture on a hot day is no easy task, so volunteer Caryn Rosenthal took a well-deserved break to lean on her rake and enjoy the view. Nestled in the red rock cliffs of Angel Canyon, Best Friends Animal Sanctuary can seem like a completely different world to people who travel here for the first time — especially to people who, like Caryn, live and work in New York City.

“This place is like an incredible camp and who didn't love camp?” Caryn says as she begins raking again, “And the campers are these phenomenal creatures who are so loved and well cared for here." Even though she hadn’t spent much time around horses, she’d woken up that morning excited to help out at Horse Haven and to make new animal friends. 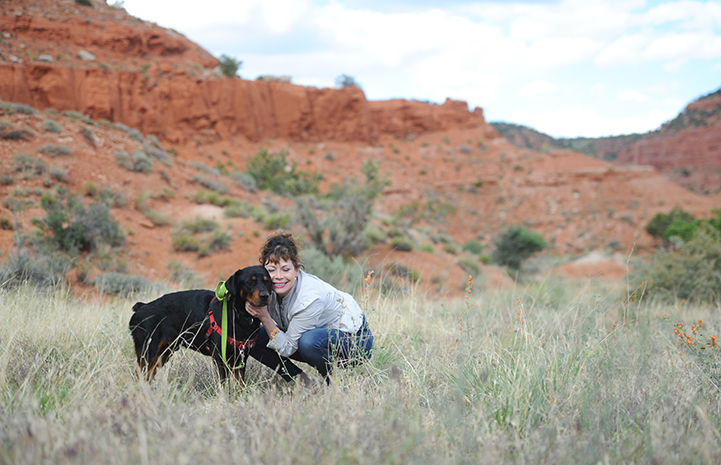 A passion for special-needs animal rescue

Caryn doesn’t remember exactly how she learned about Best Friends. “It’s been years,” she said. “But if you love animals you seek out amazing animal sanctuaries.” Though Caryn is a busy voice-over talent, actress and author, she decided it was finally time to travel to southern Utah to see the Sanctuary for herself.

As it turned out, Caryn’s visit lifted her spirits and reinvigorated her passion for helping special needs-animals, just when she needed it most. She had lost Jax, her beloved dog, a few months before coming to Best Friends. Jax wasn’t just any dog. He was the dog who turned Caryn into an advocate for special-needs dog adoption and special-needs animal rescue.

On any given day, the Sanctuary is home to approximately 1,700 animals. On average, about 70 percent of those animals have special needs. Caryn knew Best Friends was the perfect place to celebrate Jax’s life and to renew her commitment to helping animals who, like him, need a little extra care or accommodation. 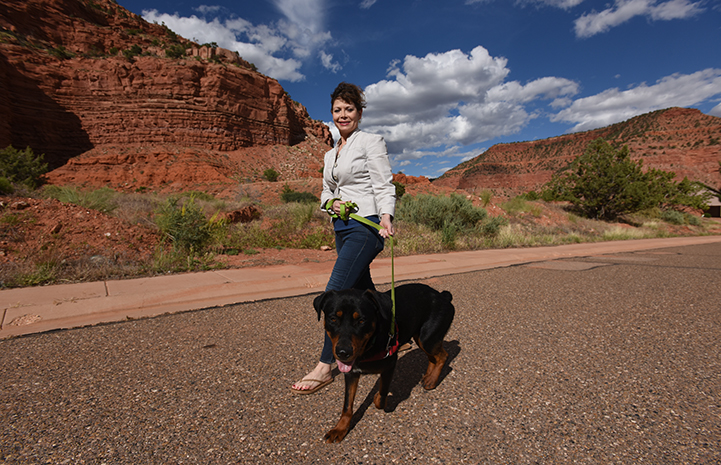 Jax was a perfectly healthy puppy when Caryn adopted him more than 17 years ago. But it wasn't long after she rescued him that he developed a disc problem that caused paralysis in his hindquarters. Surgery didn't help. Jax was permanently handicapped — at least in theory. Caryn got him a special wheelchair from a company that custom builds them for dogs. “That was it. He was off,” says Caryn. Never again did Jax act like a disabled dog. In fact, Caryn says the little dachshund-terrier mix “thought he was four-legged and 400 pounds He would run for miles on the beach in his wheelchair. He never let anything stop him.

Seeing the way Jax lived his life — with boldness and extreme joy — inspired Caryn to become an advocate for other animals with physical limitations. When she lost Jax, she decided to give back by donating wheelchairs for dogs to a sanctuary in order to help other dogs with disabilities live full and happy lives. She also decided to come to Best Friends, where special-needs animals are given second chances every day.

From cats and bunnies to senior dogs and puppies

At the Sanctuary, Caryn didn’t waste any time. She did as much volunteering and touring as she could squeeze into a five-day trip. Besides helping out at Horse Haven, she worked in Dogtown, Cat World and the Bunny House.

“I loved it all,” she said, “from the young adult dogs and the bunnies to the senior dogs and the puppies. The cats were also hilarious. They sure love their stroller rides!”

Of course, there were a few pets in particular who captured her heart. “Who doesn't love that girl?” she asks of Baya, a senior dog who is getting treatment at the Sanctuary for severe allergies. Caryn also doted on a puppy named Star who had an eye injury. And she became smitten with another senior dog named Lincoln. “He was like a little kid, snuggling up to me while I read to him,” she said. 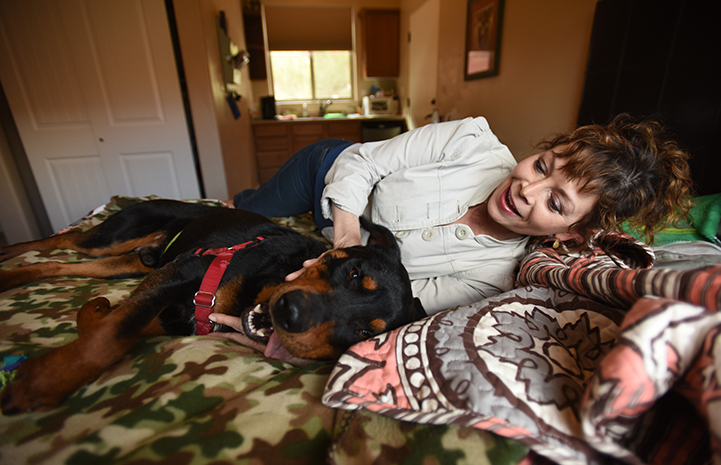 The rewards of adopting pets with special needs

Caryn recommends adopting a special-needs pet to anyone seriously considering it. “Totally do it! It's so rewarding,” she says. Caryn understands that some people might be hesitant about taking on the care of a disabled pet, and she admits she got more than she bargained for when she adopted Jax. “Rescuing an animal is a big commitment,” she says. “But I was committed to him, and I wasn’t giving up.” She also pointed out that, because animals are so adaptable, it gets easier for both pets and their people. Jax happily got around in a wheelchair for 15 of his 17 years.

Because of Caryn, Jax lived a brilliant life and has a wonderful legacy. And because of one amazing little special-needs dog, Caryn discovered her passion for helping special-needs animals, big and small. It’s the reason she hit the pause button on her busy city life to come to “camp” with special-needs animals in the heart of Angel Canyon. And it’s how she landed in the middle of a lush green pasture at Best Friends, surrounded by red rock cliffs and the rescued horses who became her friends. 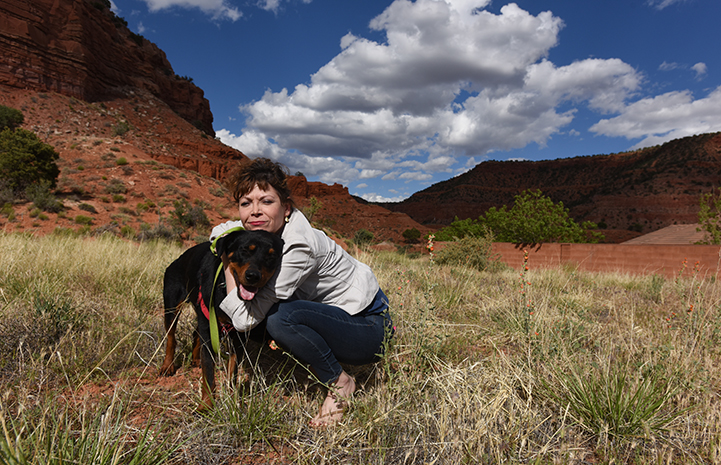