Image
A puppy sick with parvo disease, a contagious viral infection, is brought to the Harris County Animal Shelter, where she receives the help she needs.
By Kimberly Bruhn

To watch Esme run around the yard with her brother, anyone passing by would likely just see two normal young dogs playing and enjoying life. Looking at her, it’s hard to believe that Esme’s life was in danger at just seven weeks old.

Esme was found in a Houston, Texas, schoolyard by a good Samaritan who brought her to the Harris County Animal Shelter after noticing she was sick. Vets examined the tiny pup and ran a test for canine parvovirus (sometimes called just parvo), a deadly and highly contagious viral infection that attacks puppies’ gastrointestinal tracts. Little Esme’s test came back positive. 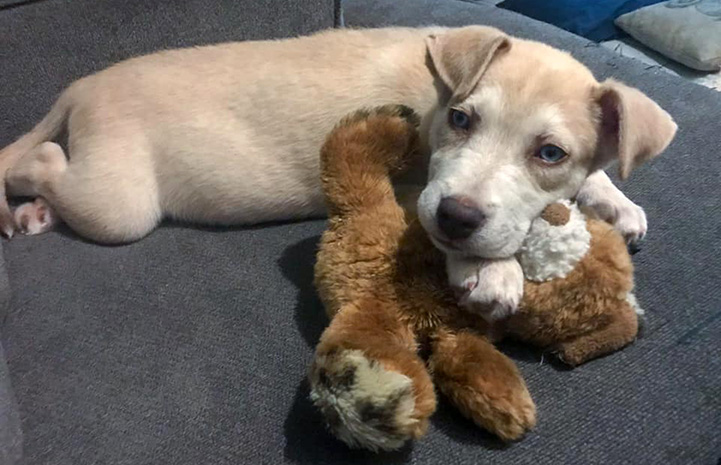 Parvo is easily spread between puppies, and that’s a challenge in a shelter environment. It’s especially challenging at the Harris County facility and other shelters that take in a large number of puppies. Medicines cannot kill parvo, and the only way to help dogs and puppies beat it is to provide support for their immune systems and hope they can overcome it. Esme was lucky in that she landed at a shelter with staff willing and able to help her. Some shelters are forced to euthanize puppies with parvo to stop the disease from spreading, or because they don’t have the resources to care for puppies while they fight off the virus.

Esme was put in an isolation area to receive treatment from shelter veterinarians and vet techs. A week later, the little blue-eyed puppy was feeling better. 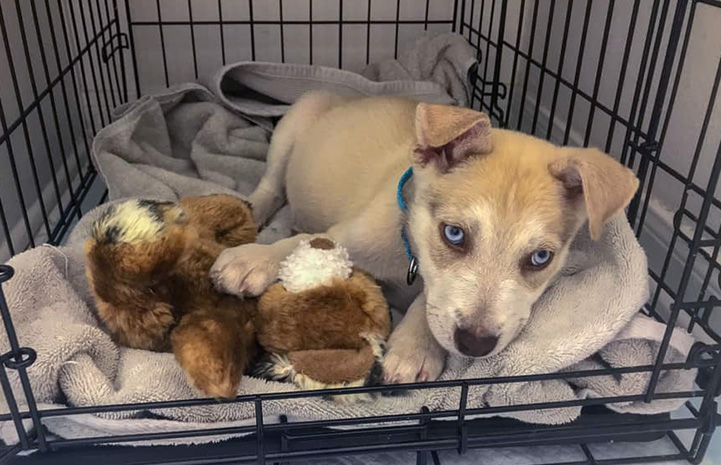 Esme is just one of many puppies with parvo whose life has been saved by Harris County Animal Shelter.

“Although it is a very contagious disease, a parvo diagnosis should not be viewed as a death sentence, as most can be saved with treatment,” says Dr. Michael White, shelter director. “We have a small isolation area that can accommodate a small number of patients and we do our best to provide treatment for as many as possible. Every pet in our care deserves proper medical care.” 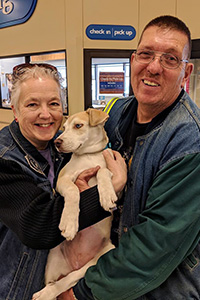 This commitment to animals coming through the door of Harris County Animal Shelter has helped the facility make significant strides toward no-kill.

Once Esme was well enough to leave the shelter, Best Friends in Houston took her in and placed her in a foster home. The puppy continued to thrive and eventually was transported to Minnesota, where she found her happy-ever-after with her forever family.

After nearly losing her life at just seven weeks old, Esme now has a long and happy life ahead of her, thanks to a busy government shelter that stepped in to save her. 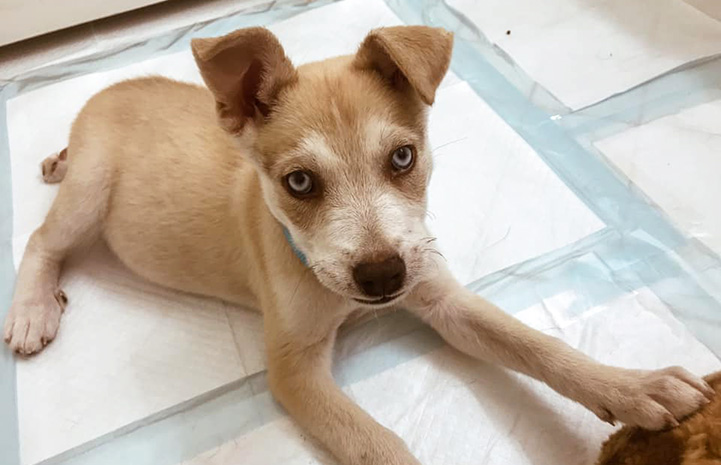