Something really special happened over the recent four days from Black Friday to Cyber Monday. We hoped it would be big, we hoped people would head to their local shelters to adopt a pet, and we hoped it would save a lot of dogs and cats in shelters across the country. But it was so much more than that.

The plan was that November 27-30, online retailer Zappos.com would pick up the adoption fee tab for all Best Friends dogs and cats, as well as those at more than 150 of Best Friends’ No More Homeless Pets Network partners across the country. That meant that for four days people could adopt a new pet in time for the holidays at no cost to them. (Read more about Zappos.com’s generous donation here.)

And people responded in a big way. Over the four days, the floodgates opened and people turned up in droves to their local shelters to adopt. Shelters whose kennels and cages were overflowing with dogs and cats were empty — empty — by the time the event ended Monday evening.

The huge demand for pets kept adoption staff incredibly busy at Best Friends adoption centers in Los Angeles and Salt Lake City, as well as at the Sanctuary in southern Utah. And throughout the weekend, the happy updates kept coming in.

When the event concluded, more than 6,200 pets had gone home with new families.

Since every single pet who left the shelter for a home is a cause to celebrate, we wanted to share just a small sampling of some of the weekend updates from Best Friends No More Homeless Pets Network partners. Enjoy!

From Animal Ark in Columbus, Georgia

“We are all still recuperating from this weekend. Not in my wildest dreams did I think this possible. The community responded in overwhelming numbers. We were completely out of cats and kittens by Saturday, but of course animal control had a few more that we pulled and adopted out right away. And Beau, a dog with deformed front legs, found a family that just adores him.

“A no-kill community has always been our goal, and now we are one step closer. Becoming a Network partner has been so rewarding for the animals here, and we are thankful.” 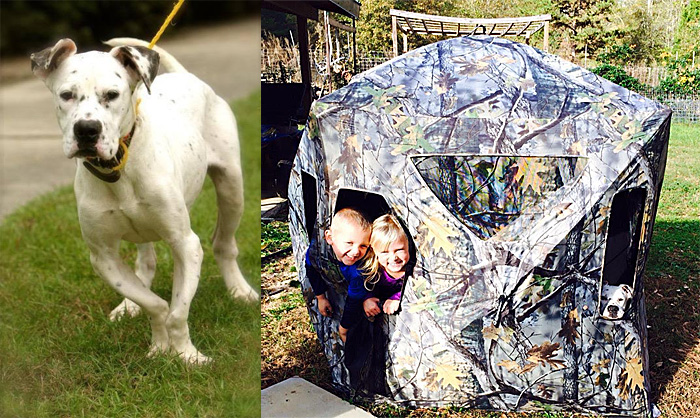 From Faithful Friends in Delaware

“We had a great weekend! There were lines of people on both days waiting for our shelter to open. We've never had lines before, so this was by far our most successful adoption event we have ever hosted. Thank you for inviting us to be a part of it! In addition to 39 adoptions, we had six pets leave for foster-to-adopt homes and pending adoptions to be finalized this week.

“The adoptions of Bonnie and Clyde were certainly special. They went into a foster-to-adopt home this weekend. (The family wants to foster first to make sure it's a good fit.) Bonnie and Clyde originally came into our care three years ago as strays. Someone brought them to our shelter after they found them running loose and realized how sweet they were. We took them in and were able to find them a home together after a couple months. Fast forward three years later, and just a couple months ago they were returned to our shelter — no fault of their own. The family said they were moving and couldn't keep them. Bonnie and Clyde have been so sad and stressed. We are happy they left with a great family this Saturday!” 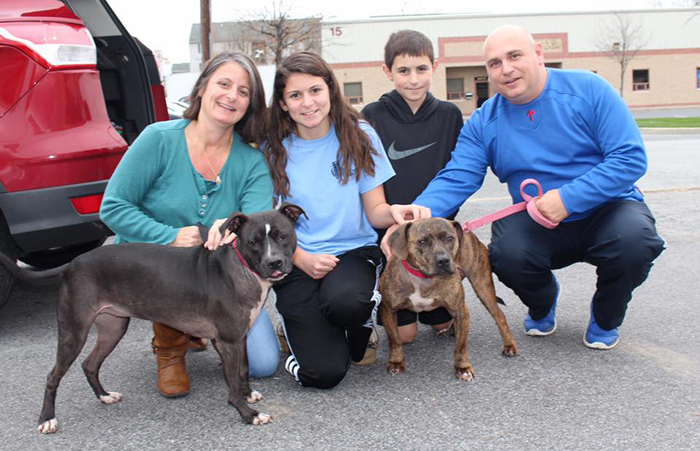 “We had a great adoption event over the Thanksgiving weekend. A total of 179 animals were adopted! We want to thank Best Friends Animal Society and Zappos.com for sponsoring our Black Friday Weekend Adoption Special, and for all the wonderful families who came out to adopt!”

Click here to watch a video from Kentucky Humane Society 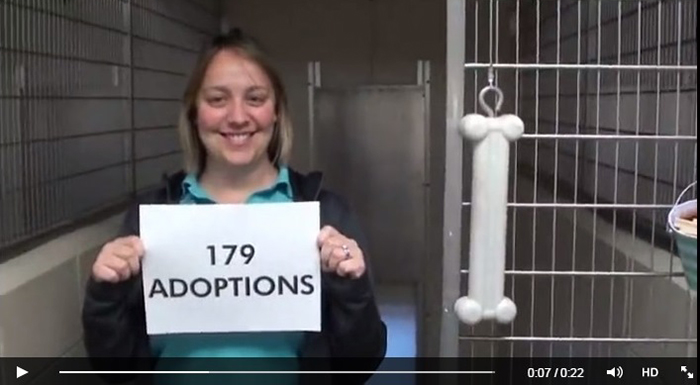 From Pima Animal Care and Control in Arizona

“This was the busiest adoption day anyone here could remember at Pima Animal Care and Control. We're still crunching the numbers, but we know they were epic — and that they included the adoption of two bonded kitties by radio personality Bill Buckmaster and his lovely wife, Ann.

“They adopted in honor of Princess, their 15-year-old cat who passed away this week. They had adopted her from PACC when she was eight. They picked two middle-aged cats this time around, too, because they appreciate their easygoing personalities.”

“We are so thankful! You made the first day of our Black Friday Special amazing and set a new record for most adoptions in a single day at Southern Pines Animal Shelter! Today 97 wonderful pets found their new forever homes, and we could not be happier. Many of our long-timers finally found their families, and lots of love made its way into our communities. None of it would have been possible without you. Thank you to our adopters, volunteers, donors and Best Friends Animal Society for making this day wonderful. Together, we are saving more lives than ever before!” 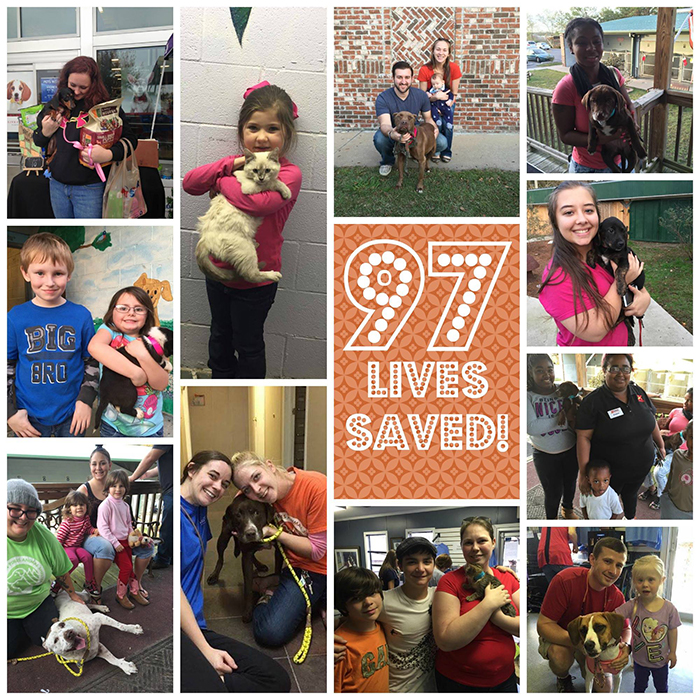 “Gypsy is a seven-year-old Norwegian elkhound mix who was continually getting passed over at our shelter due to her age. When the Joubert family came in for the event, their goal was to meet a six-month-old puppy. When they found out he had been adopted, they were hoping to meet another young dog. We happily informed them that all but one of our dogs were spoken for.

“We walked them over and showed them Gypsy. They thought she was cute, but weren't really looking for an older dog. They decided to spend some time with her anyway. It didn't take too long for Gypsy to win their hearts and they were smitten! They immediately went out to purchase a new leash and collar to take Gypsy home.

“We've since heard from them and they couldn't be any happier about adopting Gypsy. She's fitting in well and loves their home, which is now her home. She enjoys napping on the couch and is already very loved. Thank you so much for giving us this opportunity!”

Interested in adopting? You can bring home a pet for the holidays for just $25 through Best Friends’ Bring Joy to your World national adoption promotion.