Poodle learns about life outside a puppy mill

Image
Poodle rescued from a dog breeding facility comes to the Sanctuary where he is getting socialized and learning how to be a happy, well-adjusted dog.
By Christelle L. Del Prete

These days, Arthur will go for a stroll with Dogtown caregiver Dara Merrifield, or hop into her car as if he’s been doing it all his life. But this is big progress for the six-year-old dog. Arthur’s been at Best Friends for just under a year, and in that time he’s started to feel much better about life.

He’s transformed from a dog so shut down that he seemed to have no personality at all, to a charming little fellow who’s learned to approach life with a fresh sense of confidence. He recently learned about nature shows on TV, and he’s a fan.

Arthur came to the Sanctuary from the Jacksonville Humane Society in Florida, but he spent the first part of his life in a puppy mill. Poodles and mixes (also known as doodles) are popular for people to buy online and in pet stores, but people have a tendency to purchase without understanding the terrible conditions in which the dogs are raised. Puppy mill dogs endure a great deal of stress and lack socialization, causing the dogs to have a hard time fitting into life outside of a cage — even if they are lucky enough to be rescued.

When Arthur arrived at Best Friends, he didn’t know how to do basic things, such as walk on a leash, get into cars, walk through a gate or play with other dogs. Sadly, he didn’t even know what it was like to have someone pet him, and he would become frightened if someone reached for him. Arthur needed some extra help to get ready for life in a home of his own, and Dogtown caregivers, who have plenty of patience and experience with dogs rescued from the pet trade, were happy to step in to provide it.

Learn more about puppy mills and how to help end them 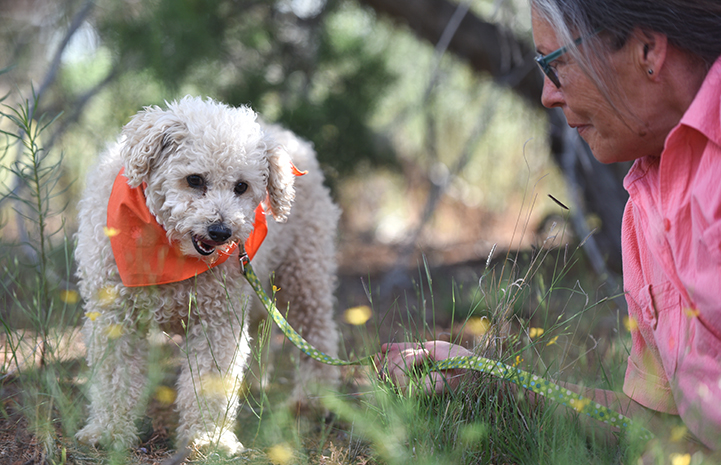 How to help dogs from puppy mills

As with most dogs lacking in social skills, Arthur’s transformation was gradual. Caregivers practiced putting his leash on him until he was comfortable enough to try going for a walk. They carried him through the gate of his yard until he was brave enough to do it himself. They taught him how to “hand target” (meaning to touch his nose to people’s hands for a treat) so he would learn that human hands are safe and that they bring good things. They played nature shows for him, because they seemed to calm and comfort him.

They also paired him with a friendly dog who’s at ease around to show him the ropes. And since he likes to be able to predict what will happen throughout the day, they provided him with a structured routine. 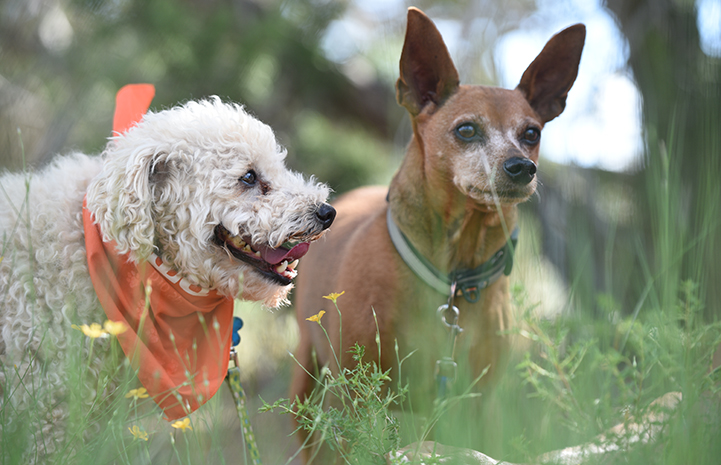 Slowly, Arthur started coming into his own. “There was no one turning point for Arthur, but many little moments that turned him around,” says Dara. “There was the first time he sat down and waited to be leashed. Then following another dog was OK, even if it meant hopping into a car. There were many tiny steps forward when he felt safe and would bravely approach new people, new dogs and new experiences. At each point, his curiosity and confidence grew.” 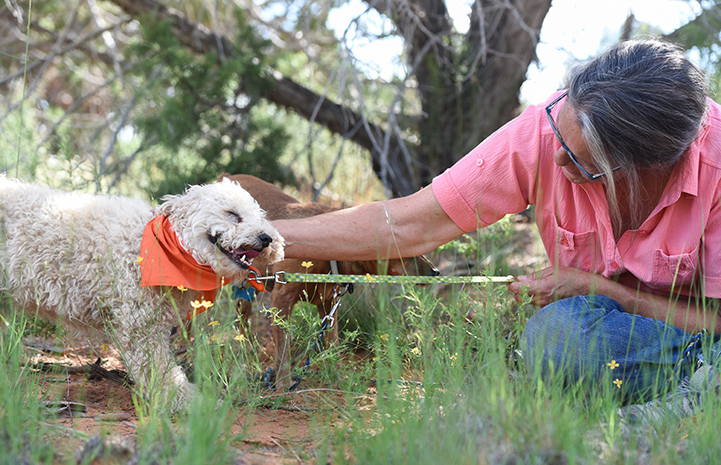 A world away from the dog breeding operation where he spent his early years, Arthur now loves his life, which is filled with fun things like walks and car rides. He’s learned that it’s really fun to play with other dogs, and sometimes he lets people see his silly, playful side. “He gets up to some funny antics,” Dara says. He once stole a pair of socks she had set aside, and he tried to reach up onto a rack where dog treats are kept. Every so often, he’ll get the zoomies and race around his room. 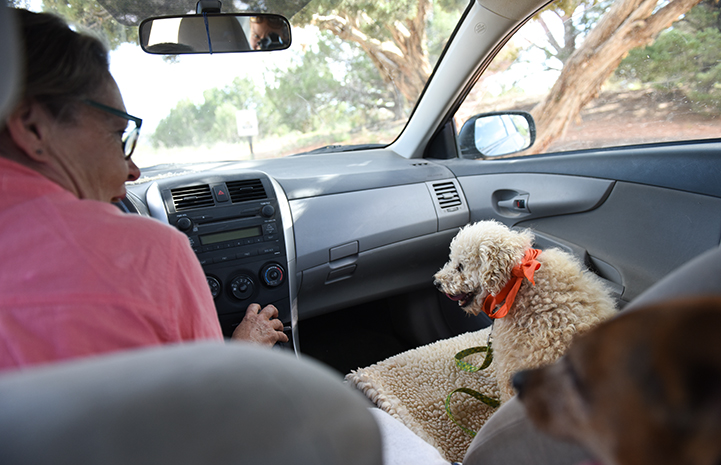 Arthur’s playful moments and little personality quirks may not seem like such a big deal to those who don’t know his puppy mill history. But to the people who’ve known him since he first arrived at Dogtown, they are huge. And now that he’s free from puppy mill confinement, he has a lifetime of new, joyful experiences to look forward to. 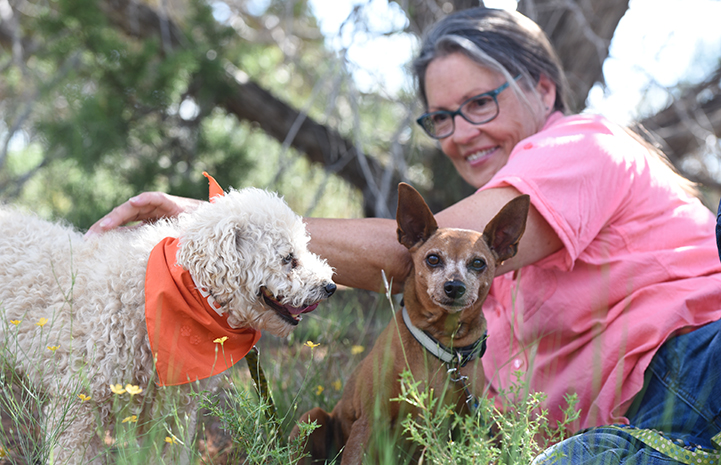