When Sterling Davis began working at LifeLine Animal Project in Atlanta in 2012, it was supposed to be a temporary gig. A musician and tour manager, he was simply scooping litter boxes until it was time to hit the road again. But Sterling, a longtime animal lover, enjoyed working with the cats, and when the shelter staff asked him to stay, he realized that animal rescue was his calling.

“It was an epiphany,” he says. “I realized I could be just another black guy rapping, but if I helped cats, I could really make a difference. A lot of my friends thought I was kind of weird for being into cats. But I was able to turn them around, so I knew I could do it for others. I could open up animal rescue to a whole new group of people.” 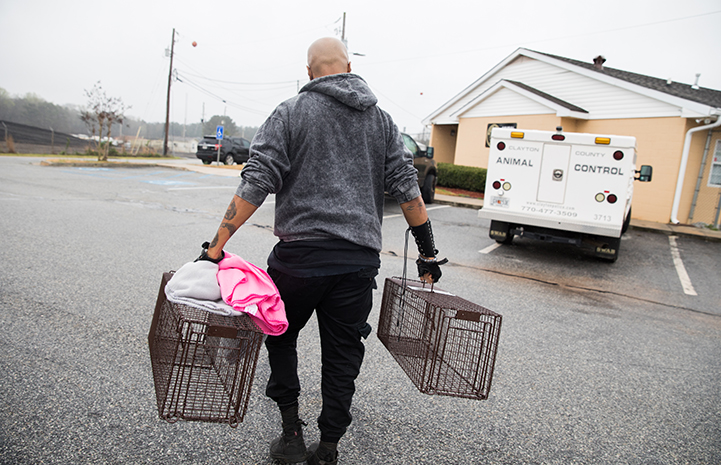 Soon, Sterling found his niche, working with LifeLine’s trap-neuter-return (TNR) program, trapping local community cats and doing community outreach to educate the public. “I did some training at the Best Friends conference in Atlanta in 2015,” he says, “and I saw that I was the only person like me. That’s when I decided I wanted to be the king of trap-neuter-return so that I could bring TNR to a different demographic.”

Before long, Sterling — who has trapped hundreds of cats — began to go by the name Trap King, and in August 2017, he started a nonprofit called Trap King Humane Solutions and began trapping cats around the Atlanta area full-time. Although he has mixed feelings about the name he’s chosen for himself, he says it serves an important purpose. 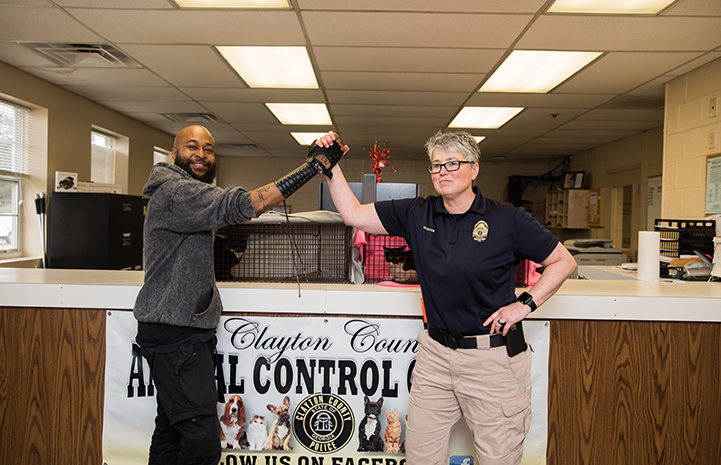 “I don’t like where the term ‘trap king’ comes from,” he says. “It can mean the top drug dealer in a neighborhood, but that’s an old and dated meaning. Now it’s more about being the top person in whatever you’re doing. So, the only reason I chose it is because I knew it would relate to a different demographic. It would appeal to the black community.”

And appeal it does. With his beard, tattoos and painted fingernails, Sterling attracts attention whenever he’s out and about. Recently, when he was setting traps, he realized he was getting curious looks from three young men. “Finally, one of those young black guys got the courage to ask me who I was and what I was doing,” Sterling says. “I talked to them about cats, and they thought it was cool. And right there it was turning it around, changing minds about what ‘trap king’ could mean. It was a whole different interaction with the term and with cats.”

Learn about TNR for cats

Sterling sees every step of the TNR process as an opportunity to educate. So whether he’s setting traps or returning cats to their neighborhoods, he engages with everyone he sees. “I’m usually returning cats and educating at the same time,” he says. “And I try to have a camera guy with me when I’m returning cats because I want people to ask me questions. I want to cause a scene.” 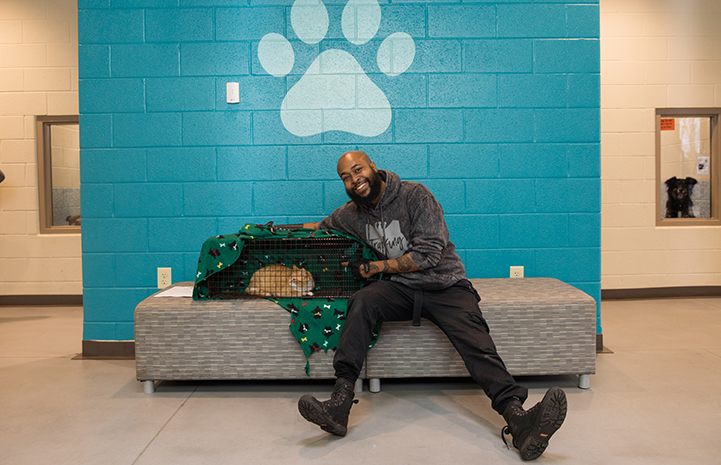 In addition to interacting with people in the community, Sterling is active on social media and has attracted thousands of followers who enjoy watching him set traps, return cats to their colonies and care for his own feline friend, a Persian cat named Rick James. Fans of Sterling’s work can purchase merchandise featuring the Trap King logo: an ear-tipped cat with a crown. He uses the funds from these sales to pay for education initiatives and the cats’ surgeries.

In a way, Sterling has become a brand unto himself, but he says it’s all part of his plan to make TNR cool and attract new advocates — especially men and African American men — to animal rescue. “There’s a hyper-masculinity in the black community and with men in general,” he says. “In our society, it’s always been good for a woman to express herself and cry, but not for men. The first time that I was there for a cat to be put down, most of the guys were like, ‘Man, you’re crying?’ And I’m thinking ‘How are you not crying? This is horrible.’ So I think when people see me on social media and they see that I’m not afraid to just throw it out there and express myself, that I’m genuine, they respond to that. People respond to love. That’s why I always say you don’t lose cool points for compassion.” 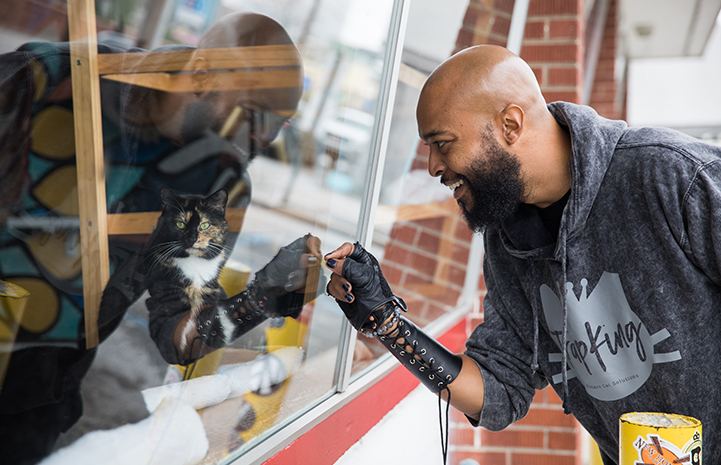 Leading the way to TNR for cats

Sterling is often invited by homeowner associations and property-management companies to give presentations in neighborhoods. But when he comes in to give a talk, it’s certainly not a subdued affair. “When I come into a neighborhood, I’m bringing a party,” he says. “I’m bringing a deejay. I come in playing my music loud because I want to bring all the kids out, and I’m going to teach everybody in the neighborhood what I’m doing with TNR. It’s so important to engage the young fellows and communicate to everybody that you’re there to fix a problem.” 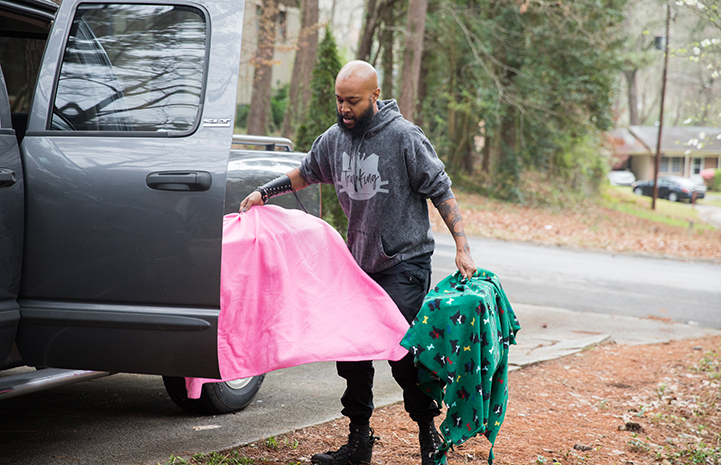 Communication is key, according to Sterling. Many of the neighborhoods he visits are poor, predominantly black areas, and the people who live there aren’t that familiar with animal rescue. He says that TNR advocates are often run out of these areas because the residents aren’t informed about what the rescuers are doing. But Sterling believes it’s simply a matter of understanding where residents are coming from and reaching out to them in a different way.

“Animal rescue isn’t always a priority in these areas, and I think it has a lot to do with poverty,” he says. “If you're poor, you can’t necessarily take care of something else. There’s also a void in communication between the black community and shelters. I want to bridge that (gap), and I want to bring more diversity to animal rescue. When you bring new groups into your mission, there’s going to be more ideas, more donations, more volunteers.”

Sterling says that getting new people involved in cat rescue can often be as simple as enabling them to have a positive experience with a feline. He vividly recalls one such personal experience. While he was on an Atlanta interstate driving eight cats back to their colony after their spay or neuter surgeries, an orange tabby escaped from his trap and began walking around the van. This was a cat assumed to be unsocialized when it came to people. 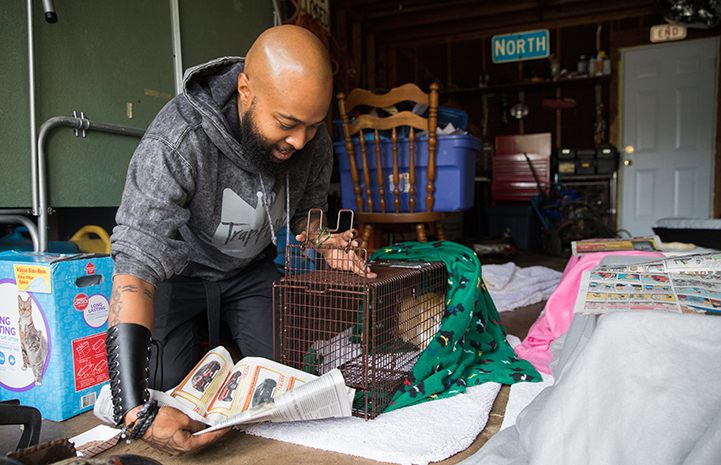 “He walked to the front of the van and jumped on my lap while I was driving,” Sterling says. “I actually have a picture of me and this orange tabby cat. He's looking up at me with his ear tip and I'm looking down at him, smiling, because I couldn’t believe he didn’t bite my face off. And he sat on my lap and rode with me. That cat changed my life because I thought if people could see that, see those moments, have those moments, they could really understand how good cats are.”

Doing even more for cats

How does Sterling plan to get more people involved in rescue efforts so they can also share in these positive experiences? Well, he has no shortage of ideas. He’s working to get students to volunteer with him and other nonprofits in return for school credit, and later this year he’ll open up a “cat man cave” in the basement of Atlanta cat café Java Cats’ second location, which will be a place where people can take TNR classes and borrow traps. But the idea Sterling is most excited about is Clowder. 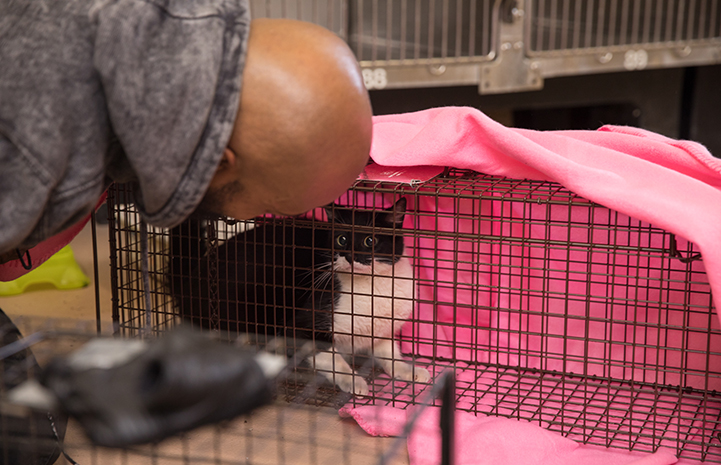 “I’m creating the first motorcycle gang-like fraternity, and it’s going to be called Clowder,” he says. (“Clowder” means “a group of cats.”) He goes on to explain: “Clowder is going to be like Sons of Anarchy meets TNR. I'm talking jackets with patches for different levels of trapping different amounts of cats. Clowder will have a colony in every state where it’s cool to go out and do TNR. And those rough areas that rescuers have trouble going into? That’s where Clowder is going to be.”

Of course, when you’re doing something different and getting attention for it, you’re bound to get some pushback. Sterling says he’s received criticism, but he doesn’t let it hold him back. “Yes, I have an edgier approach, and I know some people aren’t going to like that,” he says. “But there’s a method to my madness and I'm not going to stop. It’s about reaching certain people. Some of the people in these poor neighborhoods don't respond to the language that’s typically used in animal rescue. They respond to this, to what I’m doing, to what I'm saying, to what I’m passionate about. And I’m passionate about cats.”

There’s a whole lot of inspiration to be had at the Best Friends National Conference – just ask Sterling. Join us in Los Angeles, July 19-21, 2018. 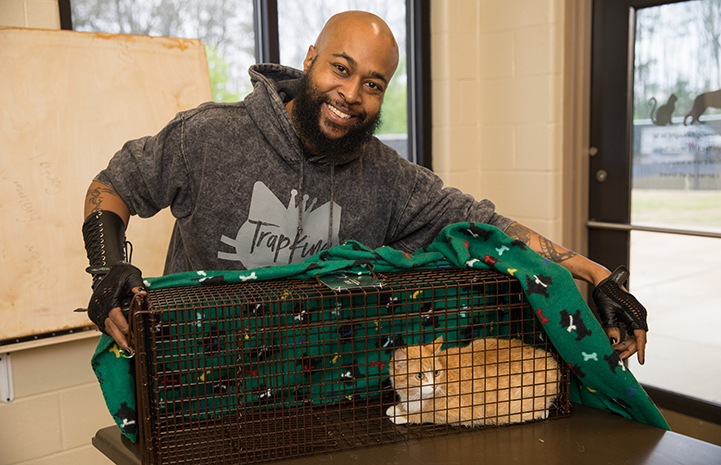