April Fools! PURRFECTION Eau de Purrfum is NOT a new product from Best Friends. But we hope you had as much fun as we did on April 1st. Thanks for playing along with us. And a huge thank you to Corina Marie Howell and her entire team for donating their time to create that amazing video with kittens from Best Friends in Los Angeles. The adorable kittens in the video have already been adopted (yay!) but don’t forget that it’s kitten season. We need your help to foster, adopt, and advocate for the littlest felines at shelters around the country. To help kittens in your community, visit our Network Partner page to find a shelter near you.

Best Friends has just launched its first-ever perfume for cats, and not only will it soon be available to the public, but all cats and kittens that Best Friends cares for at our Sanctuary and lifesaving centers across the country will soon be wearing the scent. PURRFECTION Eau de Purrfum is our way of taking cat care to the next level, because our feline friends deserve it. In fact, a fragrance just for cats is long overdue.

It may seem that creating a new perfume exclusively for cats is unusual, but so is building an animal sanctuary in the Utah desert, as the Best Friends founders did 35 years ago. It was always the founders’ dream to create something like this, and if anyone can do it, it’s Best Friends.

In fact, the top-secret project (and ultimately the scent that became PURRFECTION) was thoroughly tested in the studio belonging to Cyrus Mejia, Best Friends co-founder and resident artist. “This has been a labor of love, and we’re just thrilled that it will soon be in consumers’ hands and on kitty’s paws,” says Cyrus. “I don’t have any professional training as a perfumer, but it was an honor to consult with some truly world class noses on this project.”

The trick, he says, was striking just the right balance between scents that cats love and humans don’t find too offensive, since cats and people have different tastes. 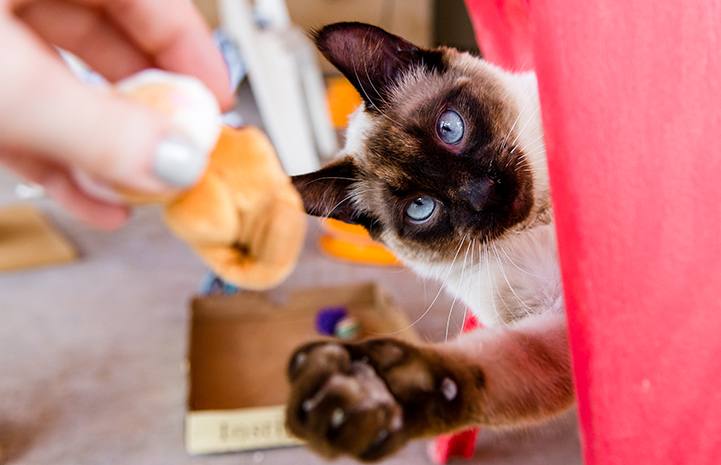 Part of what made the project a success is that Cat World, where cats stay at Best Friends Animal Sanctuary, was full of eager product testers. The creative team worked closely with the animal care team on PURRFECTION. They made sure to try out scents on a variety of cats — old and young, male and female, feisty and friendly, shy and brave. It just wouldn’t do to come up with a fragrance that wasn’t universally loved by all the cats who tried it.

Of course, it wasn’t enough for PURRFECTION to simply smell good. It had to be beneficial to the cats. “The ingredients are all 100 percent organic and safe for cats,” says Michelle Weaver, animal care director at Best Friends. “We used our years of experience in helping cats stay happy and healthy to inform the scents for PURRFECTION.”

Team members knew they’d gotten the scent just right when the cats were begging to be spritzed again and the people in the studio didn’t have to open all the windows and doors to air out the room. 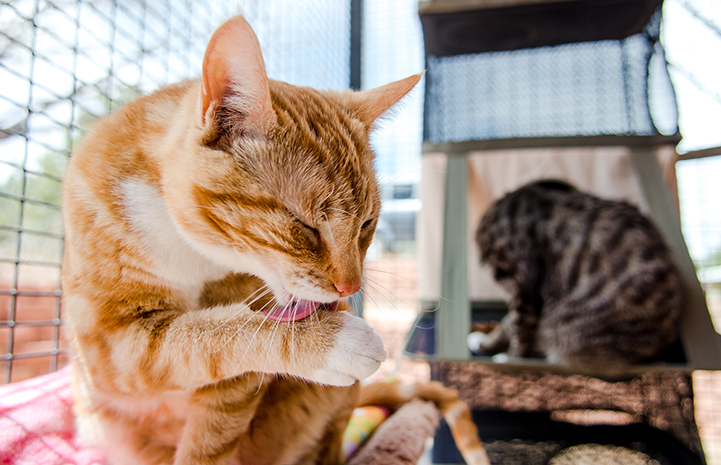 Once PURRFECTION was finalized, it was time to prepare its unveiling to the world. Some adorable kittens from Best Friends in Los Angeles were up to the task. Corina Marie Howell wrote and directed the film to announce PURRFECTION — at no cost to Best Friends. She was happy to do it. “Having cats has enriched my life so much and I can’t imagine my life without them,” Corina says.

Filming took place in just one day, and even though the kittens had no acting experience that we’re aware of, they took to the camera naturally.

Since their day in the limelight, all the kittens starring in PURRFECTION, the film, have been adopted. Kittens are always quick to get adopted, but these kittens seemed to have a little something special going for them. As soon as they moved into the adoption area at the Best Friends Lifesaving Center in Los Angeles, people seemed drawn to them and couldn’t fill out the paperwork fast enough to take them home.

Only the beginning of Best Friends fragrances?

During testing, it was clear that PURRFECTION has a way of awaking a cat’s inner kitten, and we believe it will help adult cats needing new homes get adopted as well.

Though PURRFECTION is just now launching, the team is already at work on the next product, and according to Cyrus, “We’re doing some really exciting work on a scent for canines as well.” And although he doesn’t feel comfortable sharing a timeline just yet, Cyrus says, “Dog Breath, a fragrance for dogs, is in the works.”

More about PURRFECTION, an online exclusive