Second chances for an abandoned cat and puppy

Image
Abandoned in a dumpster, a sweet cat and young puppy get a second chance, coming to Best Friends Animal Sanctuary for help, and are then adopted.
By Christelle L. Del Prete

Just a few months ago, Dunkaroo and Doogie found themselves in a terrible predicament. The sweet cat and young puppy had been abandoned in a dumpster. To make matters much worse, it was February, and a terrible snow storm was bearing down on the area.

When someone came along and found them, Dunkaroo (the cat) had wrapped his body around Doogie (the puppy) to keep them both warm until help arrived. Luckily, that kindhearted person plucked the poor pair out of the trash and whisked them away to someplace warm and safe.

That was when the lifesaving networking began. The good Samaritan who rescued the pair asked his daughter for help caring for them until they could find a rescue organization that was able to take them. The nearest rescue organization was a Best Friends Network partner organization in northern Arizona, but the small, foster-based rescue group was already completely full. So instead, the rescue reached out to Best Friends and soon, Dunkaroo and Doogie were on their way to the Sanctuary for medical treatment and loads of TLC. 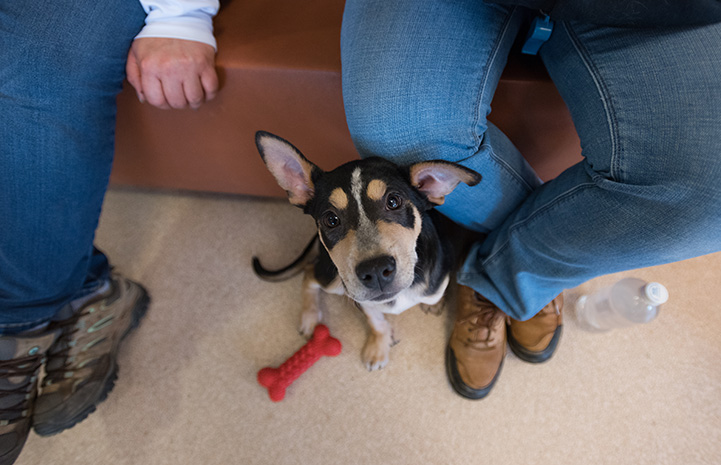 While Doogie settled into a Best Friends foster home and began treatment for mange, Dunkaroo went to Hope House, Cat World’s admissions building. Cats at Hope House receive medical care that includes vaccines, spay/neuter surgeries, microchipping and exams to address any health concerns. Dunkaroo was treated for ear mites and neutered, but other than that, he was in good health and even better spirits. In fact, he was so sweet and friendly that he reminded everyone just how forgiving animals can be.

“Dunkaroo is incredibly affectionate and cuddly. Almost immediately, he was full of purrs and all he wants are head butts, despite all he has been through,” says caregiver Levi Myers. “He seemed completely unfazed by his prior predicament and was instantly trusting of all new people.” 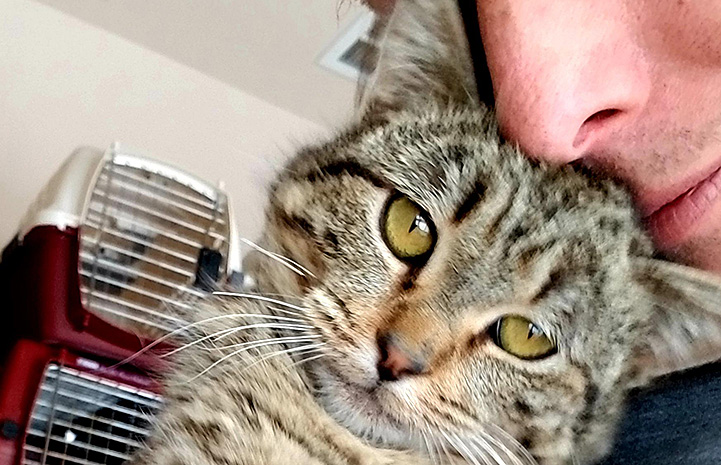 From there, Dunkaroo moved to the Best Friends Visitor Center in Kanab, Utah, a few miles away from the Sanctuary. There, he befriended an orange tabby cat named Delmar, who became his new best friend. Within two weeks, Dunkaroo and Delmar were adopted — together.

“I had planned on adopting two cats before I got to the Sanctuary,” says Diana Fletcher, who adopted the pair. “A Best Friends adoption specialist told me how sweet Dunkaroo was with cats, dogs and people, so I decided to adopt him even before I met him. While visiting Dunkaroo, I could see how much he loved Delmar. I figured Dunkaroo should get a vote, so Delmar came home, too. Dunkaroo spent the first night at home sleeping on my pillow, kind of wrapped around my head. He is such a sweet cat.”

Dunkaroo and Delmar have adjusted easily to life with Diana’s beagle, and they’ve had a great time exploring and chasing each other all around the house and spending time on an enclosed back porch catio. “I’m so glad I adopted them,” Diana says.

As for Doogie, after leaving his foster home he spent some time at Dogtown’s puppy preschool, and then he also found a loving new home. Dunkaroo and Doogie’s story of rescue and second chances is more than just a victory. It’s a reminder that compassion is still alive and well in this world and that “one man’s trash” is indeed another man’s (or woman’s) treasure.

Donate to save more homeless pets 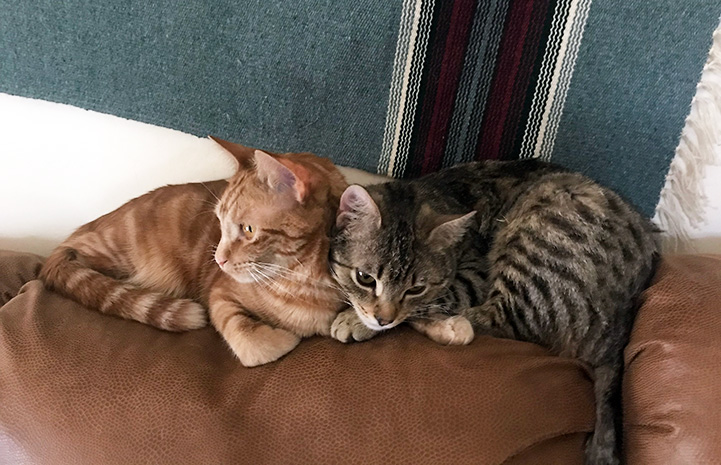