Image
When Firecracker arrived at the Sanctuary she was scared and covered in mats, but with the help of a new friend she's coming out of her shell.
By Sarah Thornton

When a scared, matted bunny came to Best Friends Animal Sanctuary, caregivers had their work cut out for them. Not only did Firecracker not want to be handled, but staff also quickly discovered she was a bit of an escape artist. Her escapades weren’t designed to escape the Sanctuary though. They were designed to reach another bunny in the next pen over ― a new friend she wanted to make, a source of comfort in her strange new place. 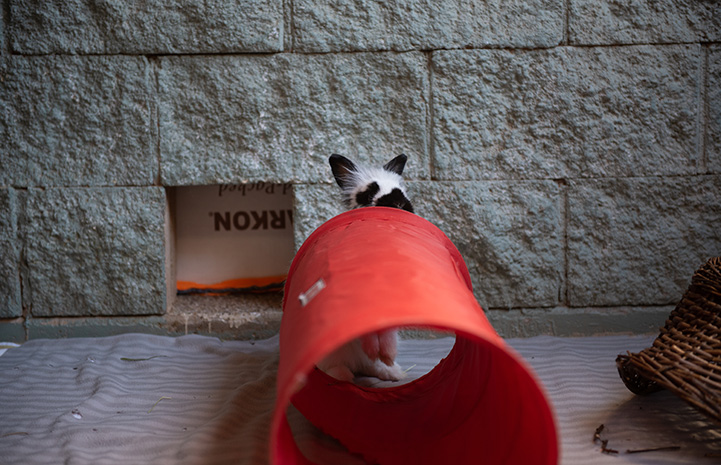 Before Firecracker came to the Sanctuary, she lived in a home but had never really become comfortable with people. And since she kept herself well out of reach, her long, soft, black-and-white fur didn’t get regular brushing, so when she arrived, she was very matted.

[Wild cottontail bunny turns out not to be]

“She looked bigger because of her fur,” says Keala Hepworth, one of Firecracker’s caregivers. The little rabbit’s fur was so out of control that her eyes were covered and it was difficult for her to see. She desperately needed a haircut, but it would have to be slow going to prevent her from getting too stressed out. A little bit here, a little bit there: Firecracker’s grooming sessions were spread out across several days.

In between the trims that cleared the excess fluff from her field of vision, Firecracker discovered a new talent ― slipping quietly out of her pen when no one was looking.

At first, no one knew how she got out. Thinking maybe she was jumping out of the pen, staffers covered it; but when they came back to check, she was out again. At least they knew where to find her, though, because she was always in the same place. She had apparently taken quite the shine to another bunny, Liberty. “Every time we came in,” Keala says, “Firecracker was next to Liberty.”

After being found wandering in someone’s backyard, Liberty had arrived just a few days after Firecracker. Though her past was a mystery, she was sociable and sweet, and she happily accepted treats and attention, unlike her shy new visitor. But opposites attract, and they had clearly decided they were going to be friends. 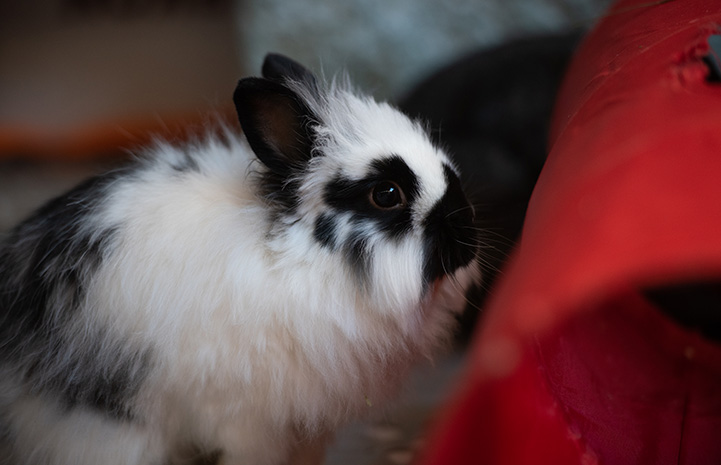 The budding friendship was a bit of a surprise to caregivers. Though bunnies typically do better in pairs, they’re also very territorial. Introductions at the Sanctuary are supervised closely to make sure everyone is happy and getting along. Yet, here was a situation where, without any prompting, Firecracker and Liberty bonded through the fence and took comfort in one another’s company.

Of course, no one was going to try to stand in the way of their friendship. They had already moved in together and, with her confident new companion, Firecracker’s anxiety began to melt away. 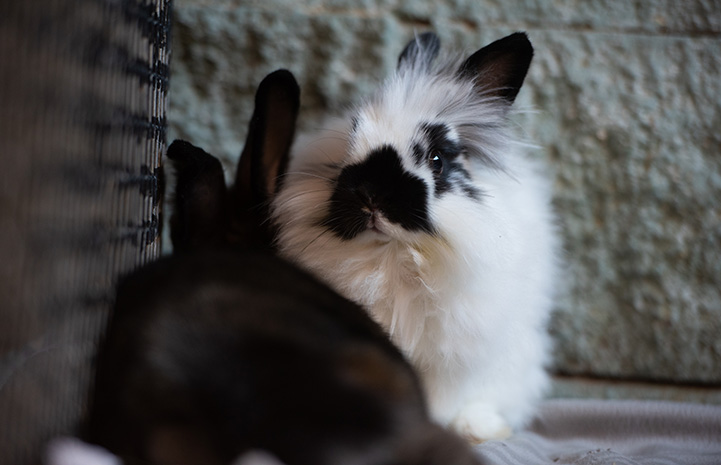 Coming out of her (fluffy) shell

Having Liberty made everything easier for Firecracker. She was mellower during her remaining haircuts and now that she was mat-free, she could show off the fluffy, lush-looking fur she was meant to have.

Prior to this, Firecracker would hide at mealtimes and wait for a chance to pull her food into her hiding spot and eat out of sight. But now, Keala says she waits every morning with Liberty for their breakfast, and she’s no longer shy about eating in front of people. She can sometimes even be tempted to take a treat from someone’s hand.

Firecracker still has a long way to go before she’s as confident as her new best friend, but she’s already made a lot of progress. She doesn’t try to sneak out anymore. (Why would she?) Alongside her now is the constant, comforting presence of Liberty. And soon, they’ll be ready to be adopted and go home together. 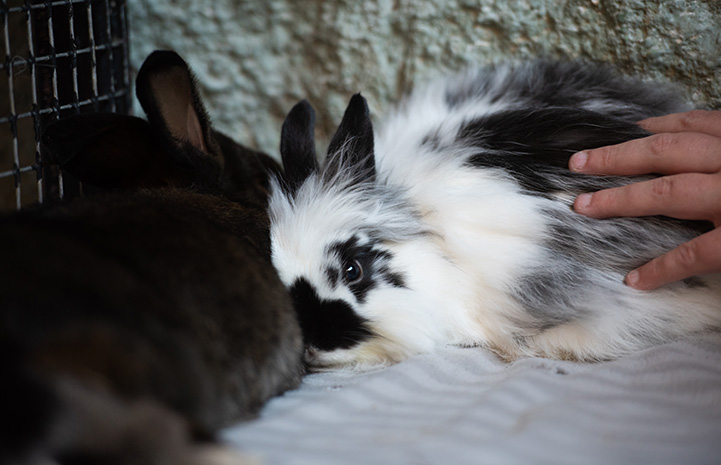 Firecracker and Liberty are waiting for their next adventure ― going home. And so are many other pets near you.