Six months and thousands of cats saved in Texas

Life is hard for Salem and other cats like him in Harris County, Texas, but it has gotten better by leaps and bounds. Not long ago a Houston shelter, which serves one of the largest counties in the nation, was able to save less than 10 percent of cats arriving there. But in the past few years, the shelter has made a lot of progress that has improved the save rate for cats to 50 percent. Still, just one year ago, Salem would have been just another grim statistic.

The perfect example of a community cat, Salem had never lived indoors with people, and he wasn’t at all comfortable being handled by humans inside a shelter. While he’ll never be an indoor pet, Salem takes his current role as shelter greeter very seriously. You can see him each day — perched on the railing of the spay/neuter clinic waiting for a back scratch from the Best Friends community cat coordinator who saved his life.

Luckily, Harris County and Best Friends are working together to make the shelter a safe place for Salem and other cats. Working collaboratively with Dr. Michael White, the director of Veterinary Public Health in Harris County, Best Friends (in May of 2018) launched community cat and kitten foster programs that bring the shelter closer to Saving Them All. Here’s how we’re doing it. 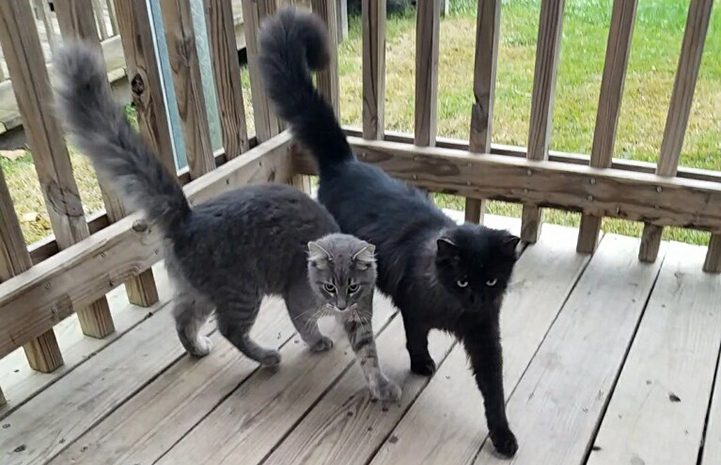 Community cats — back where they belong

Free-roaming, unsocialized, aka “community cats” faced the greatest risk when they ended up in the shelter, because the only option for them to get out of the shelter was to be adopted. But someone looking for a cuddly pet to adopt was unlikely to choose any of these cats. That meant the only option for them was death — even if they were healthy and thriving living outdoors. Harris County isn’t unique in facing this challenge. Shelters everywhere are beginning to shift by recognizing a lifesaving third option for these cats — spay/neuter, vaccinate and return them to where they were picked up.

Best Friends runs many community cat programs from shelters around the country, and that’s what Harris County needed. The first step was to approach the commissioner’s court about spaying and neutering the cats, and then allowing them to go back where they belonged. And the court agreed to do just that.

With the support of county government and shelter management, the next step was to start saving lives. Best Friends hired Lauren Miller and Lauren LaPlace to work as full-time community cat coordinators at the Harris County shelter. Each day, Monday through Saturday, they work alongside shelter staff to evaluate cats for outdoor placement, get them to spay/neuter surgery and eventually return them to where they were originally picked up. The new program had an immediate impact: It saved their lives.

Since the community cat program began, the save rate for cats at Harris County jumped from around 50 percent to an average of close to 90 percent (the benchmark for no-kill). With more than 7,000 cats coming into the shelter each year, that means saving thousands of cats — cats that, in the past, had no chance. 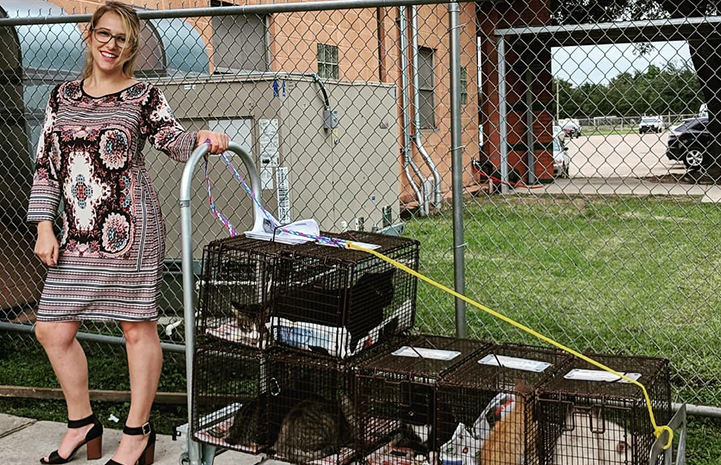 We finally had a fantastic outlet for older cats, but young, unweaned kittens with their delicate immune systems and need for round-the-clock care remained the most vulnerable animals in a shelter. During the hot and humid Houston summers, young orphaned kittens and nursing moms come in each day by the dozen. Without available foster homes, these babies don’t stand a chance.

Harris County has a foster program, but number of kittens in need is staggering. We knew we had to provide more support to move these tiny lives out of the danger of the shelter and into homes where they can grow big and strong enough for adoption.

That’s where the rest of the Best Friends team comes in, including Whitney Bliton, Amy Kohlbecker and dedicated volunteers, who have been working with the Harris County shelter on many different programs to save more lives. Armed with kitten milk replacer and kitchen scales, the Best Friends team recruited, trained, and supported nearly 100 foster parents who saved more than 300 kittens (and some mom cats). Our fosters experienced the rollercoaster of emotions — from the joy of seeing kittens go home with wonderful new families, to the tragedy of late night ER visits that just aren’t enough to save their tiny, fragile lives. 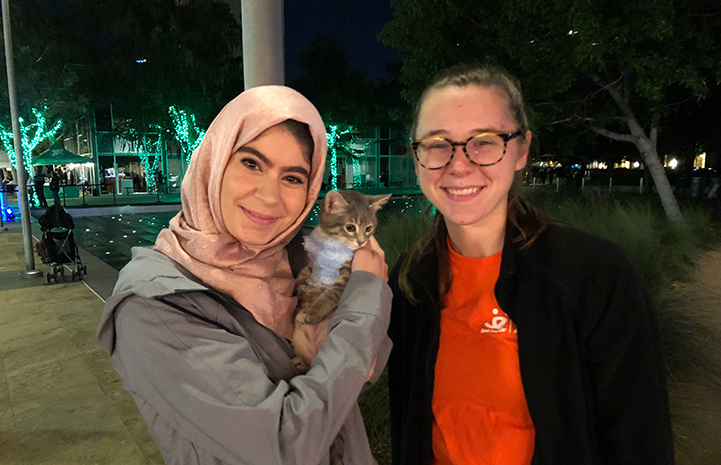 We received incredible support from dozens of people who already love cats, but we still didn’t have enough to save them all — not even close. Each day at 1 p.m., people wait in line outside the shelter (sometimes for hours) to surrender pets to an uncertain fate. For orphaned neonatal kittens, that fate — without a foster home — is almost always death.

With more kittens than foster homes, we had to get creative. Working together with the shelter intake staff, the Best Friends team got to work providing the public with information and resources to help keep cats out of the shelter.

When people brought in outdoor cats, we provided information about trap-neuter-return (TNR) and offered loaned humane traps, spay/neuter surgery vouchers, and even food to keep the cats safe and healthy out of the shelter. Those who found kittens were counseled about how to look for the mom, and many people admitted they had taken the kittens from the mom because they thought the shelter would be a better option.

We found out that many people simply didn’t know what to do when they see a cat or kittens outside. When people learn how vulnerable kittens are in a shelter, many are eager to engage with our programs to provide an alternative.

A hero for cats

It was early September when Ericel Rosas Ballinas found five tiny kittens in his yard (without their mom), and because he was a cat lover, he wanted to find a way to help them. When he learned that Best Friends would provide supplies, medical care, and help get the kittens adopted when they were old enough, he signed up to foster the “U2” litter. (We label our kitten litters with a letter and number to keep track of where we are in the season. B4 just went home.)

Ericel, his wife and daughter had an amazing time helping these kittens grow up, and the last one, Cleopatra, was adopted this past week. We’ve learned that many people like Ericel are willing to help if they just have information, resources, and support. When they find an animal outdoors, they come to the shelter for help because they don’t know where else to turn. 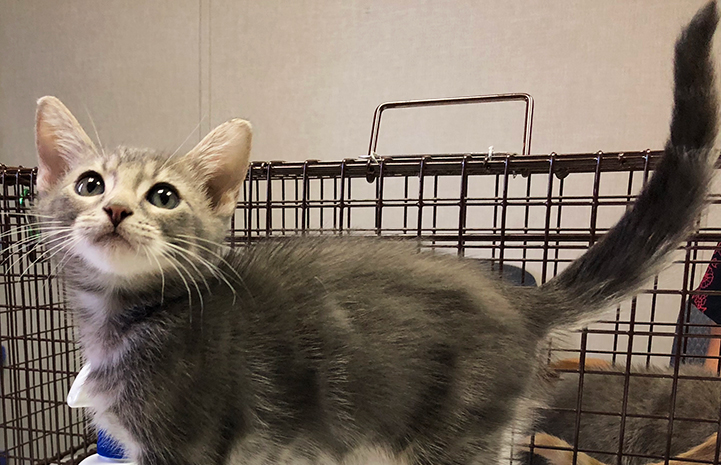 The plan is to reach even more people to equip them with the know-how and contacts to do better. In addition to our work within the shelter, we have scheduled fun events where people can meet adorable kittens, find out about where they come from and learn what their lives would be like without foster homes.

We just hosted our third, completely sold-out “yoga with kittens” event. And we’re working on another event that we call “For the Love of Cats,” where people can come out for free training on how to help cats in their community.

In just six short months of working together with shelter staff, dedicated volunteers, fosters and the public, we have seen incredible changes in our ability to save the lives of cats in Harris County. As we expand our reach to more Houstonians who want to help, I know we will Save Them All.

How you can help Save Them All where you live 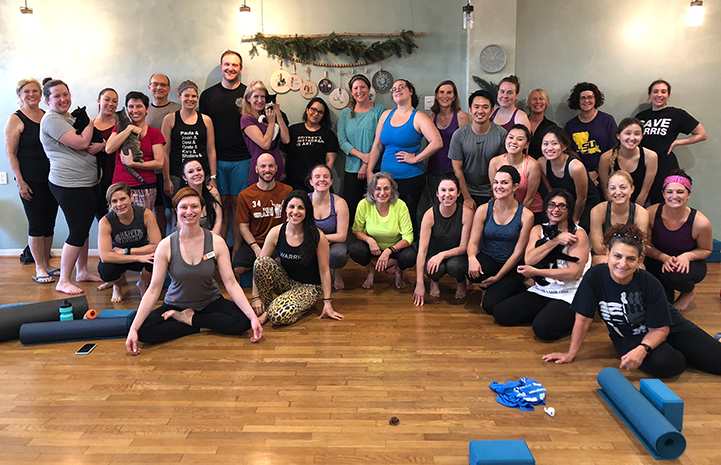 Photos by Sarah Ause Kichas and courtesy of Jess Roper