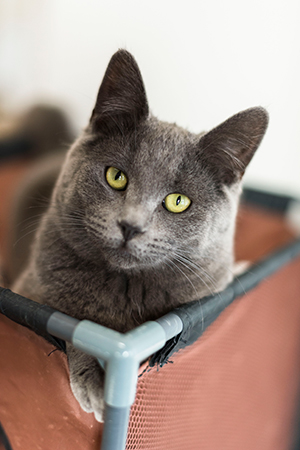 Zinc’s fur is the same shiny, silver-grey as the metal that shares his name. But inside, this cat’s got a heart of gold. In the 10 months he lived at the Sanctuary, he became the perfect role model cat for young kittens. He also became a best buddy and a big brother cat to a neurological tabby who needed a friend. For such a young, playful boy, Zinc is an amazingly good influence to others, young and old. But for a while it seemed like no one wanted to bring him home and nurture him — that is, until he proved to one family what a good guardian he is.

How to raise a kitten to be friendly: Find him the perfect mentor cat

Zinc, who is just over a year old, came to the Sanctuary as a four-month-old kitten. While his two siblings found forever homes quickly, Zinc had some medical challenges that made it tougher for him to do the same. He remained in Cat World for several months after he recovered and his littermates were adopted.

While he waited for someone to choose him, Zinc became the perfect mentor cat by helping Cat World caregivers raise well-socialized kittens. First, he taught a rambunctious special-needs kitten named Jordy how to wrestle and play nicely with other cats. Next, he became a good example cat for six youngsters who had little to no human interaction during the first few weeks and months of their lives. Because Zinc loves people and the kittens loved him, he successfully bridged the gap between the frightened young cats and their caregivers during an important kitten socialization period.

Finally, he became a great buddy to a tabby cat named Nicky. Though Nicky is five years older than Zinc, he has neurological issues and gets stressed out very easily. He needed a calm and rock-steady friend and roommate. That was a tall order, because most other cats find Nicky awkward. But Zinc didn’t think that having a neurological roommate was a big deal, and he treated Nicky like any other cat.

Whenever Cat World caregivers needed help socializing kittens with older cats, or help befriending cats like Nicky, they knew they could rely on Zinc. And because of Zinc’s guardian instincts, he was truly in his element whenever he was wearing the big brother hat. But it was not fair for Zinc to sit around as he watched as all the other kittens were adopted. The young, loving cat deserved a home of his own. 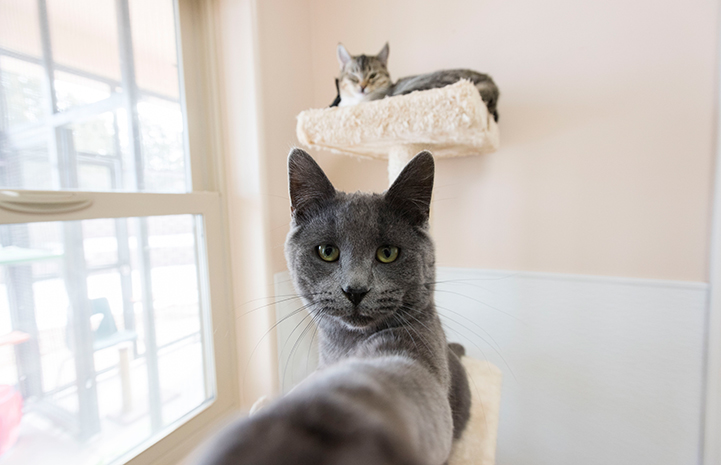 So when Wendy Daniel was looking to adopt a cat, Best Friends adoption specialist Sherri Wilhoite immediately suggested Zinc. Wendy had come to visit Best Friends with her Alyssa, her 12-year-old daughter, and Alyssa’s Girl Scout troop. Not only was Wendy seriously considering adopting a cat from the Sanctuary, but she also had a specific kind of cat in mind — a grey boy. When she saw Zinc, she thought he looked perfect.

Of course, there was much more to consider than looks. “The cat we have at home is eight,” Wendy explained, “and we were worried that another cat might bully her. The most important thing for us is finding a cat who won’t do that.” When Wendy and Alyssa, who were staying in the Best Friends cottages, heard how wonderful Zinc was with kittens and how nice he’d been to Nicky, they decided to take him on a sleepover to get to know him better.

Learn about sleepovers with Sanctuary animals 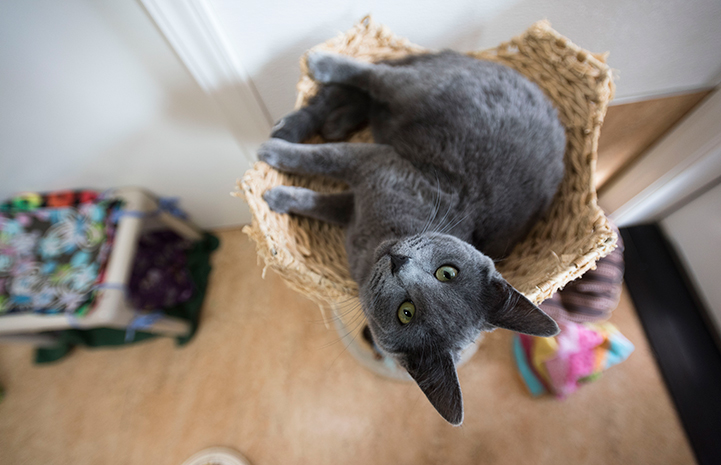 Though Wendy and Alyssa were already smitten with the handsome grey cat, Zinc did something they took as a very good sign. Late in the night, a flickering light bulb in the cottage put Zinc on high alert to danger, and he woke up Wendy and Alyssa. Though it was a false alarm, he’d shown them that he would look out for them the way he looked out for other cats.

The next morning, Alyssa told Wendy, “He's the kind of cat who would wake us up and save us if there was a house fire.” Wendy agreed. Mother and daughter had made up their minds: Zinc would go home with them to Colorado. In one shining moment, Zinc proved he’s a guardian to people as well as other cats. And that landed him a family that will love, nurture and protect him, too.

Help more animals like Zinc go from homeless to home 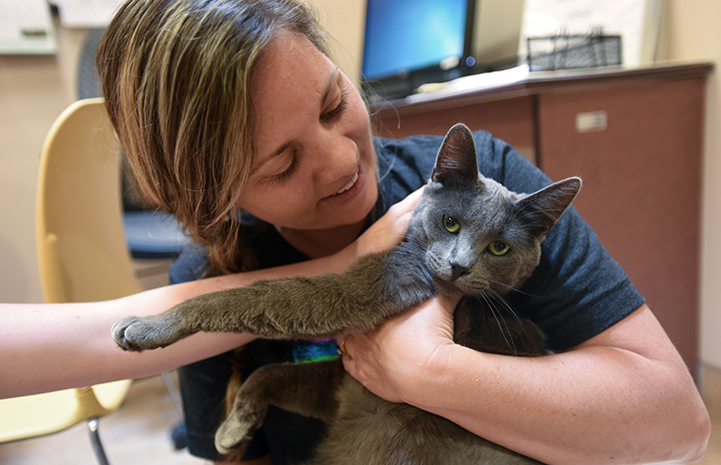