Image
Ari the Panther has almost 100,000 followers on Instagram and it's easy to see why.
By Nicole Hamilton

You could say that Ari the Panther has been exceeding Liz DeSousa’s expectations way before she became an internet sensation, starting with the day they met.
Liz first saw the black cat on the Best Friends website about three years ago, and when she came across Ari’s photo all she could think of was how petrified she looked. But then she met Ari, who was at the Best Friends Lifesaving Center in New York, and that’s when she learned that she wasn’t fearful after all. In fact, she was a total sweetheart.

Liz decided to spend a little time with Ari in the meet-and-greet room to see if she’d be a good match. That’s when she saw the cat’s incredibly unique personality for the first time. She was all purrs and all she really wanted to do was play with the metal door hinge, despite being in a room with plenty of toys.

Figuring there would never be a dull moment with Ari around (and boy was she right), Liz adopted her. “I think when you know, you know,” says Liz. “And she was the one.” 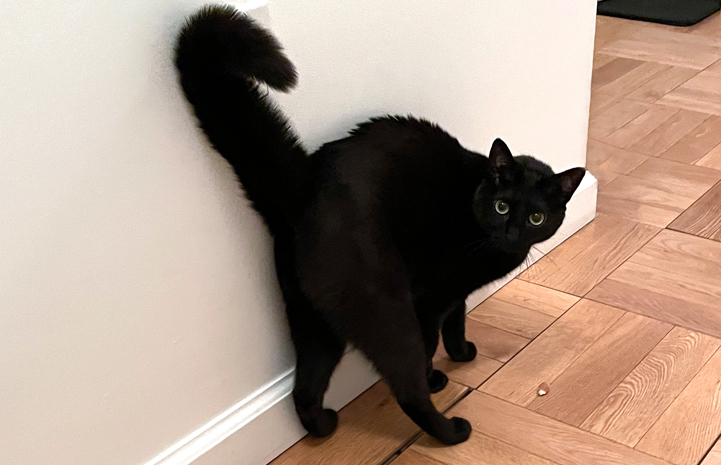 A cat who loves wall climbing and cuddles

When Liz first bought Ari home, she wasn’t thrilled to cuddle, although she loved to be petted and was always up for some great conversation ― anything to make sure she was the center of attention. But over time, Ari has become almost as thrilled to sit on Liz’s lap or take a nap with her as she is playing with her beloved almond, which is her favorite toy. In fact, now she often takes a break from her high-flying antics to relax on Liz’s lap, especially if she’s sitting on what Ari feels is “her” chair, or if Liz is covered in Ari’s favorite blanket. 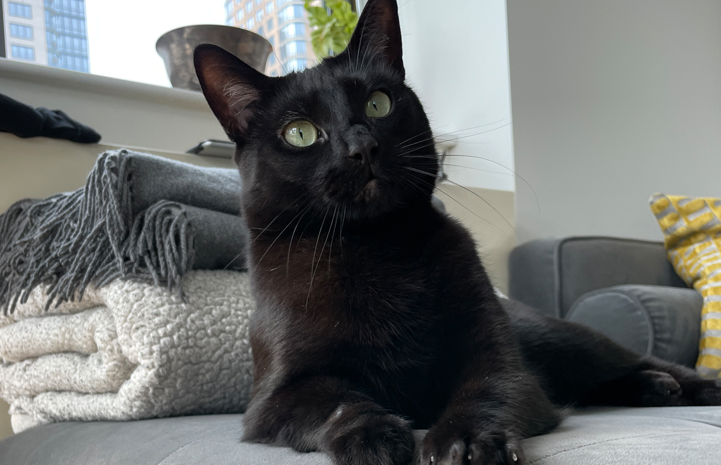 When it comes to napping, it absolutely has to be on Ari’s terms. “It must be on the lower left side of the bed, nowhere else,” says Liz. Sometimes Ari will even wrap her paws around Liz’s arms or torso, something she’d never do when Liz first brought her home. “It melts my heart to see her becoming so cuddly,” says Liz.

A feline star is born

Liz knew soon after adopting Ari that she was, as she puts it, “a very strong-willed lady.” But she had no idea Ari would become so famous.

It all started when she began posting photos and videos of Ari in action on Instagram. The more she shared, the more followers Ari got, until one day she was contacted by The Dodo website. The rest, as they say, is history― no surprise to Liz who says, “She is a hilarious, entertaining and beautiful cat.”

Back at Best Friends in New York, the team loves seeing all the attention Ari gets on Instagram. “Her funny, quirky personality really shines through and she’s the perfect cat ambassador for all cats out there waiting for homes,” says Amy Gravel, Best Friends communications specialist in New York. 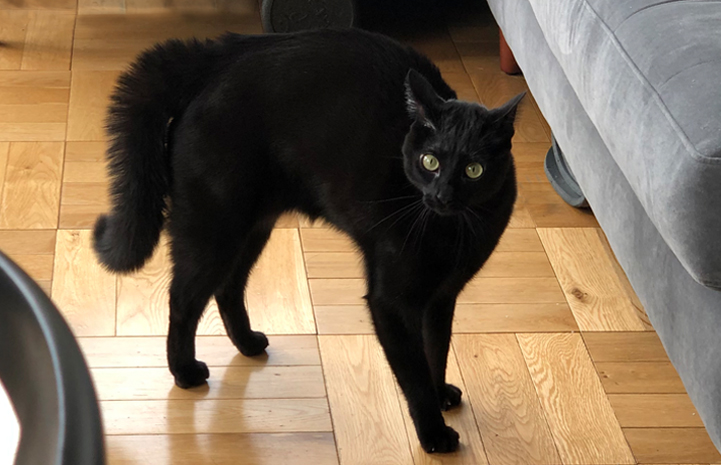 Today Liz can’t imagine life without her gravity-defying, almond-loving cat. “Ari is absolutely my soul mate cat,” she says. “She brings so much love, entertainment, companionship and pure joy to every day.”

Ari greets Liz first thing in the morning either by making biscuits next to her pillow or with a ferocious ninja kick to the side of the bed. And she welcomes Liz home at the end of the day with so much enthusiasm that she usually slides around the corner of the hallway, demanding to be kissed and petted before anything else.

“If I'm feeling down, she's there to comfort me,” says Liz, who also loves seeing Ari bring so much joy to others. “It’s incredible how many messages we receive from people all over the world saying how much Ari has touched their lives or brought them a laugh or a smile. Ari is happiest when her people are happy.” 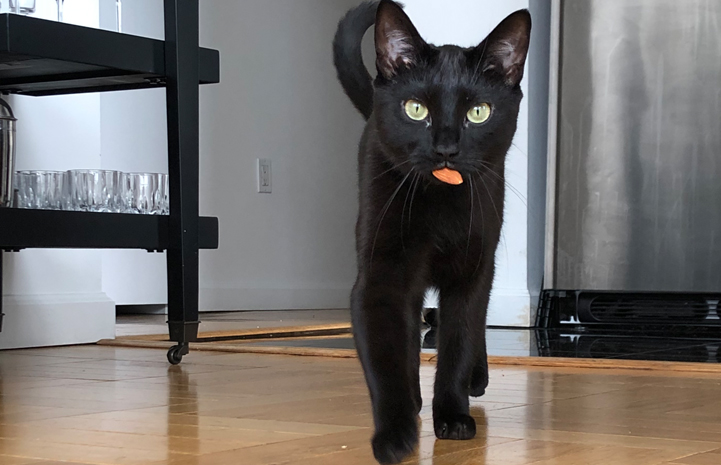 Is that a dog or a velvet cow?

Lesson from a cat: hearts are made for love