The German shepherd mix was found running loose on the road. Alarmingly, being abandoned wasn’t his biggest challenge; the sweet adolescent was also heartworm positive. The good Samaritan who picked him up was worried he’d be hit by a car, so brought him to nearby Valley River Humane Society (VRHS) in Murphy, North Carolina. The shelter holds the animal control contract for their county, along with a neighboring county. Until recently, there weren’t many resources to help a stray, special-needs dog like Shep find his happily-ever-after.

Animal rescue groups helping one another 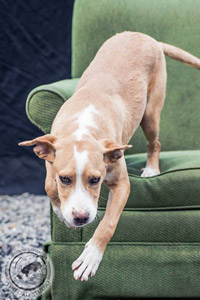 Lack of resources is a chronic challenge to animal welfare groups. It takes plenty of funding, volunteers, staff, supplies, vehicles and countless other things to save animals, and when you don’t have those, you’ve got to find a way to get them. Back in January, Best Friends hosted an event that would help get groups better acquainted, so they could help each other. The No More Homeless Pets Network is a Best Friends program that works with rescue organizations and municipal shelters across the country to end the killing of dogs and cats in our nation’s shelters, and Network partners in the region were invited to an adoption event and luncheon so they could collaborate to save more pets.

That’s how Dr. Dave Ackerman of VRHS and Kelly Kennon of Castoff Pet Rescue in Blairsville, Georgia, began talking about how they might help one another. Even though the two Network partners are in different states, they’re just a 20-minute drive from one another. Their first conversation would prove to be a game-changer for Shep and many more at-risk animals.

One area where they realized they could pool resources was for spay/neuter. Both groups were bringing pets to the same place for surgeries, and now they’ve started sharing rides. Best Friends gave funding for transportation costs, Castoff Pet Rescue supplies the vehicle, and VRHS makes the trip with pets from both groups. It saves time and money for everyone, leaving more of both to help more pets. 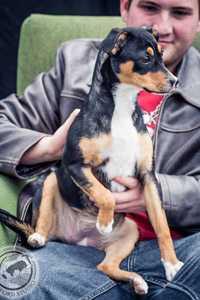 Castoff Pet Rescue has also opened their doors to help get more animals out of VRHS. They transport animals to rescue groups in the Northeast, where the dogs and cats are adopted out quickly. They extended an invitation to VRHS to include their animals, too, when space is available. Kelly, of Castoff Pet Rescue, says, “Every two weeks, we pick up their adoptables, and if we don’t have room right away to include some of them, VRHS will hold them.”

When there’s space in their foster network, Castoff Pet Rescue takes neonatal kittens from VRHS too. “Helping shelters work together to reach a common goal has been indispensable to our work,” says Dr. Dave of VRHS, about one of the perks of being a No More Homeless Pets Network partner. “Castoff Pet Rescue has helped transport some of our animals that have been here the longest, along with puppies and adult dogs.”

The results speak volumes about the power of cooperation. Since VRHS began working diligently with other groups, like Castoff Pet Rescue, they’ve been able to save 66 percent more animals who enter the shelter. Dr. Dave says, “Working together has inversed our ratio of animals leaving the shelter to live healthy lives versus being euthanized.”

As for Shep, Castoff Pet Rescue really went the extra mile. They paid for his heartworm treatment and got him placed in one of their foster homes. However, Shep won’t be making the trek up north because he’s already at home. His foster family fell in love.