Part of what makes the Sanctuary special is its unique landscape, with as much land as possible intentionally left wild. The way we see it, we are guests in the home of the animals native to the area.

At the Sanctuary’s Wild Friends, we take special care of wild animals who might be in need of a little help. The animals who call Wild Friends home, even temporarily, are tucked away in specialized habitats and aviaries. There’s a whole wild world here waiting to be explored.

Wild Friends has two separate programs – a rehabilitation program and an education program – and accommodates a wide variety of animals, including not only wild animals, but some exotic and domestic ones, too. As a state and federally licensed wildlife rehabilitation center, Wild Friends takes in injured or orphaned wild animals with the goal of getting them back on their feet and back into the wild again. While a small percentage of animals might need a longer recovery time, most of them are back on their wild way long before the state and federally mandated timeline of 180 days.

Because wild animals tend to be born in the spring, May through August are peak months for orphaned wildlife. During that period, Wild Friends’ rehabilitators spend a great deal of time caring for orphaned babies and helping to prepare them for life in the wild. 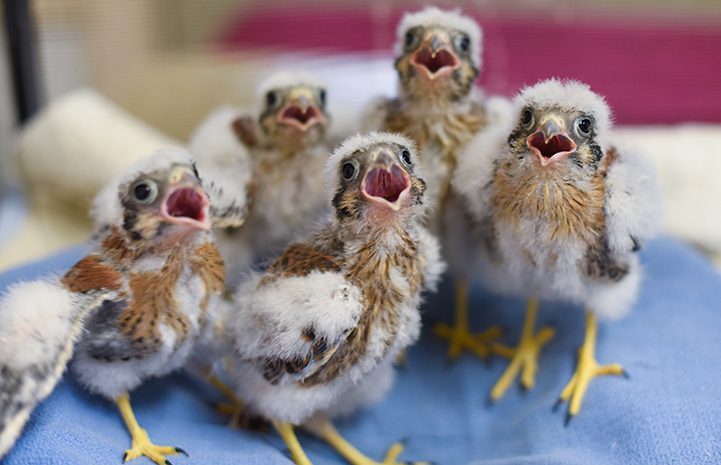 How to help wildlife in your area:

The rehabilitation clinic also helps wild animals who have life-threatening injuries and illnesses, and those can happen any time of the year. For example, a young ferruginous hawk who made an “emergency landing” at a small local airport late last fall got help for a sprained wrist and a condition known as “first year failure to thrive.” Before returning to the wide-open skies, he was treated for the sprain and given time to test his wings and build survival skills in one of Wild Friends’ large outdoor aviaries.

A small number of animals who are too injured to be released stay on as part of Wild Friends’ state and federally licensed wildlife education program. This program is separate from the rehabilitation work, with separate staff and facilities to prevent any possible transmission of disease to animals who will be released back into the wild. There are about two dozen “teacher” animals in the program at any one time, including tortoises, American crows, common ravens, great horned owls, barn owls, red-tailed hawks and even bats. 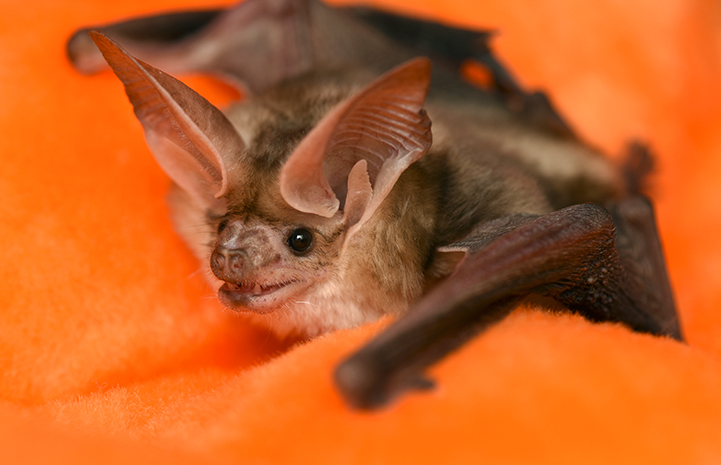 Finn, a California gull who was rescued from a busy highway in the Salt Lake City area, is also part of the education program. While there is nothing physically wrong with him, Finn doesn’t act like a typical seagull. He stayed on at Wild Friends after his rescue because he wasn’t inclined to take to the skies, and he had no interest in swimming. Though he floats around on his pond and flies a little now and then, he doesn’t have the skills to survive in the wild. Instead, he lives a comfortable life at the Sanctuary, while starring in staff-guided tours for individuals and groups who want to learn more about wildlife. 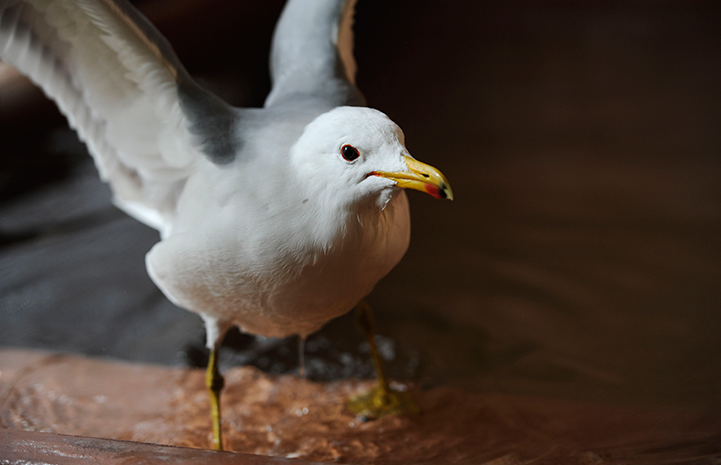 Wild Friends is home to more than 100 domestic and exotic animals, all available for adoption just like other animals at the Sanctuary. These include a variety of ducks, a chinchilla or two, a few pet rodents and several flocks of doves. There are Eurasian collared doves, turtle doves, white doves, rock doves (what most people picture when they think of pigeons) and king pigeons.

About 10 chickens also live at Wild Friends. For those who haven’t had much exposure to them, it might be a surprise to learn that chickens and roosters can make wonderful pets. Wild Friends has two curious, confident Leghorn roosters — Sam and Saruman — who’ve learned to walk on leash, wearing a harness. Bring one of these handsome guys home, and you’re sure to have a conversation-starter among friends, as well as an intelligent companion. 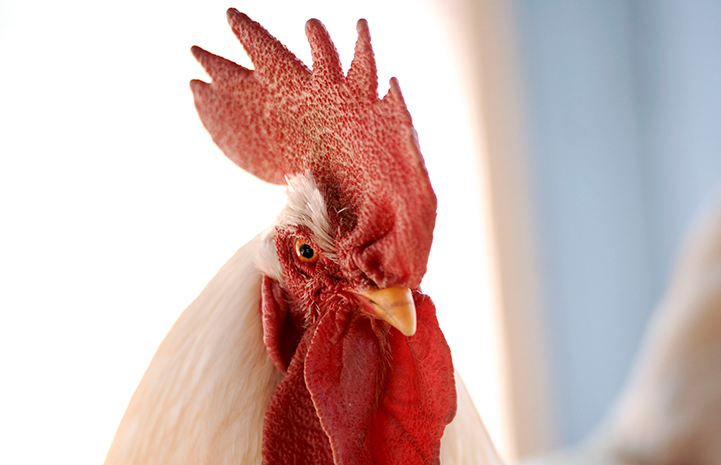 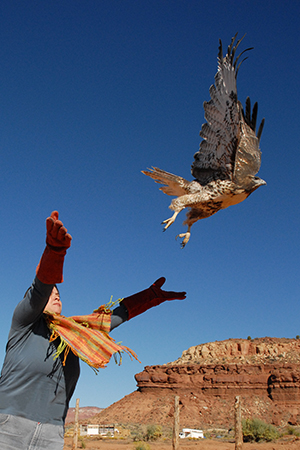 If you’ve already been on a tour of Wild Friends, you might want to visit this wild world again. Thanks to generous donors, ground has been broken on a new headquarters building, and 17 animal habitats are in the process of being replaced with brand-new ones. The new pre-release flight enclosure, for example, where the ferruginous hawk built up his flight muscles before being released, is even larger and sturdier than the previous structure.

“The new facilities will help us to do what we are currently doing even better,” says Wild Friends manager Carmen Smith. The upgrades will also help make the animals’ stay at Wild Friends (whether it’s several days in rehabilitation, years in the education program or however long it takes for an adoptable to find a home) a very special walk on the wild side.