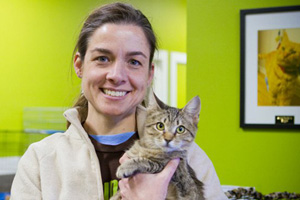 Dr. Ellen Jefferson (pictured)  and Ryan Clinton came at the same problem from very different angles but with the shared goal of ending the killing of Austin’s shelter animals, a city of just over 790,000 people. Ryan is a hard-charging attorney, with a no-holds-barred approach and Nathan Winograd’s playbook in hand. Ryan started Fix Austin, a public and political advocacy group with the aim of forcing changes in policy and practices at Austin’s Town Lake Animal Center (TLAC) by pressuring the city council and exposing the dramatic shortcoming of TLAC and its then director. Ellen, by comparison, is a soft-spoken, self-effacing dynamo who resurrected a once-promising organization and turned it into a lifesaving machine. 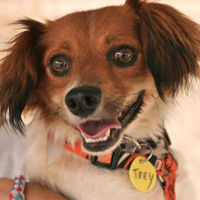 When Ellen stepped into the role of volunteer executive director for Austin Pets Alive! (APA!) in March of 2008, the organization had seen better days. The energy and enthusiasm of the group that started APA! in 1997 had waned as their early success at helping to boost the live-release rate of Austin’s municipal shelter from a deplorable 15 to 20 percent to a hopeful 50 percent by 2002 turned into a discouraging status quo that was still in place when she took the helm. For a glimpse into the spirit that drove the early success of Austin Pets Alive!, have a look at Best Friends’ staff writer Elizabeth Doyle’s recollection of her work with APA! in those start-up days.

Ellen was not a newbie to Austin. She had arrived there in 1998 as a newly minted veterinarian out of Virginia Tech. Naturally, she volunteered her time and services to the local animal welfare community, including TLAC, and in 1999 began her own program called Emancipet  — a free and low-cost mobile spay/neuter operation, which she grew into a local powerhouse that provided over 100,000 surgeries to the community by 2009. Her own early work with Emancipet contributed to the improved save rate at Town Lake Animal Center, Austin’s city shelter, in the late 1990s and early 2000s. By the time she left for APA!, Emancipet had grown substantially, and the operation included a fixed clinic as well as MASH-type pop-up clinics around the city and a strong management team. 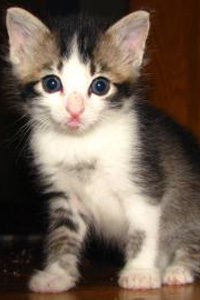 Emancipet was in good hands, but shelter adoptions were in limbo, and APA! needed an infusion of leadership and a can-do makeover. Ellen observed that the number of animals that made it out of TLAC alive was independent of how many animals entered the shelter. TLAC had settled into a routine that was not responsive to the numbers or needs of animals entering the shelter, and she correctly identified the rather large hole in the system that animals were falling through and was determined to fill that gap.

Thanks to a good relationship with the shelter based on her prior volunteer work and the success of Emancipet, Ellen was able to negotiate a role for APA! in the shelter. She began to implement the plans for reducing shelter intake and increasing positive outcomes that Austin Pets Alive! had developed several years earlier as recommended programs for TLAC that were never taken up. Rather than wait for the city and the shelter to come around, Ellen began reinvigorating APA! with a new agenda to build a series of volunteer programs around existing shelter operations that were aimed at saving lives. 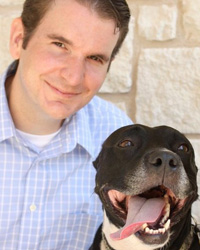 Meanwhile, Fix Austin, under Ryan’s leadership, was turning up the heat on TLAC and the city. They ran full-page ads in Austin papers and lobbied the city council to pass a no-kill resolution. Ryan (pictured) became the spokesperson for the local movement while Ellen continued to build innovative programs that became a safety net for Austin’s homeless pets. Their work was not coordinated, but it was complementary with Ellen’s energy and ideas demonstrating the viability of the goal that Ryan was publicly campaigning for.

The array of programs and services that APA! has developed through its extensive volunteer base that engages 400 to 500 volunteers per week is exemplary, but the effectiveness and results of Ellen’s leadership are even more impressive: 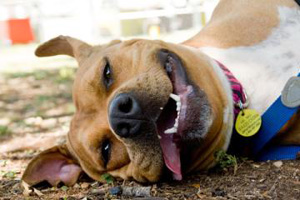 In March of 2010, thanks largely to the campaigning of Fix Austin and success of APA!, the Austin City Council passed a no-kill plan. Many of the programs and policies called for in that plan have not yet been funded, but an important one that has been implemented is an empty cage provision that places a moratorium on killing any shelter animal if a cage is available. APA! volunteers work the shelters every day to, among other things, help ensure that the empty cage provision is being implemented. In May of 2010, the then shelter director was reassigned to other duties with the city and a search for a new shelter director began. In early 2011, Abigail Smith, a no-kill advocate and former director of Tompkins County SPCA, was hired, and a new chapter was opened for Austin’s homeless pets. TLAC is now APA!’s most important partner in working to bring about a day of No More Homeless Pets in Austin, which is now knocking on the door of a consistent monthly 90 percent live release rate.