Best Friends Animal Society Nonprofit "Brand of the Year": A big win for the animals 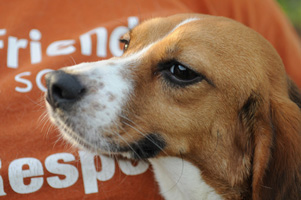 It was a nice surprise for us here at Best Friends to learn that Best Friends Animal Society had been named Non-Profit Brand of the Year in the recently released 2011 Harris Poll EquiTrend® study.  Apparently for people in the brand equity biz, it’s quite the honor. As you’re well aware, the non-profit category is stacked with high profile brands such as Susan G. Komen For The Cure, The Nature Conservancy, United Way, American Red Cross and many other animal welfare organizations. We were delighted to land at the top of that stack.

So who cares besides us and what does it matter anyway?

Well, think about it — since its inception, one of the goals of the no-kill movement has been to mainstream the no-kill message, to make it part of the national conversation, and to bring the issue of homeless pets and shelter deaths to national attention.

To be sure, no-kill has had fleeting national media coverage, but it has mostly been in the context of a pro/con debate between no-kill advocates and no-kill naysayers. 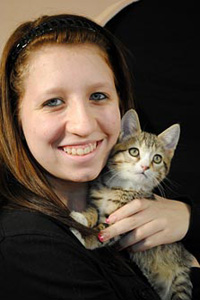 Not long ago, it would have been inconceivable that an organization identified as the leader of the no-kill movement with the mission of No More Homeless Pets would have cracked the very mainstream environment of a national brand survey, let alone take top honors. The emergence of Best Friends and the no-kill message into the top tier of brand value is great news for the animals.

For the primary consumers of such information — brand managers, advertisers and cause marketing folks, who in general represent a collection of business interests with no particular social conviction — the message is very simply this: The public supports the No More Homeless Pets mission, and the smart money will go to helping corporations identify with and support animal organizations with a positive no-kill mission and message.

This may not be news to you or to me, but trust me on this, it is news to the suits that decide how best to burnish the image of corporate giants through association with social causes, and that’s huge for our movement and for homeless shelter pets.

New York, N.Y. - March 30, 2011 - Animals have a special place in our hearts and families. As such, the national animal welfare organization Best Friends Animal Society is recognized by consumers as the 2011 Harris Poll EquiTrend® Non-Profit Brand of the Year. Additionally, several other animal-focused non-profits that are new to EquiTrend include National Wildlife Federation, the Humane Society of the United States, Audubon, ASPCA and PETA. However, besides Best Friends Animal Society, only the Humane Society of the United States and ASPCA scored above the non-profit average.

"Animals, both as pets and as wildlife are an important focus for many American families. In recognition of this, for 2011, EquiTrend is taking a stronger look at the non-profits that support these causes," said Jeni Lee Chapman, Executive Vice President of Brand and Communication Consulting at Harris Interactive. "It is great to see the work of many of these non-profits get recognized."

Another non-profit that suffered several missteps in the past year, National Public Radio (NPR), also experiences a significant decline in scores and falls below the non-profit average.

"Consumers have great respect for organizations working for a greater good, but that doesn't mean they ignore negative publicity about these organizations," said Ms. Chapman. "Consumers are aware that they have alternatives as to where they donate resources. In a highly competitive space, brand equity can be quickly lost."

Four of the top 10 non-profits are hospitals

The other non-profit brands that round out the top ten include the National Kidney Foundation , the New York Metropolitan Museum of Art, American Diabetes Association and Goodwill.

The EquiTrend® study evaluates measures including: Equity, Consumer Connection, Commitment, Brand Behavior, Brand Advocacy, and Trust. The keystone to the program is Equity, which provides an understanding of a brand's overall strength and is determined by a calculation of Familiarity, Quality, and Purchase Consideration.

This year's Harris Poll EquiTrend® study was conducted online among 25,099 U.S. consumers ages 15 and over between January 11 and 27, 2011. A total of 1,273 brands were rated in 53 separate categories. Each respondent was asked to rate a total of 60 randomly selected brands. Each brand received approximately 1,000 ratings. Data were weighted to be representative of the entire U.S. population of consumers ages 15 and over on the basis of age sex, education, race/ethnicity, region, and income, and data from respondents ages 18 and over were also weighted for their propensity to be online.

These statements conform to the principles of disclosure of the National Council on Public Polls.

The EquiTrend® study results disclosed in this release may not be used for advertising, marketing or promotional purposes without the prior written consent of Harris Interactive.

Product and brand names are trademarks or registered trademarks of their respective owners.

For a complete listing of all the brands covered in the study, contact Dagney Cassella at 212-539-9600 or dcassella@harrisinteractive.com.

Harris Interactive is one of the world's leading custom market research firms, leveraging research, technology, and business acumen to transform relevant insight into actionable foresight. Known widely for the Harris Poll and for pioneering innovative research methodologies, Harris offers expertise in a wide range of industries including healthcare, technology, public affairs, energy, telecommunications, financial services, insurance, media, retail, restaurant, and consumer package goods. Serving clients in over 215 countries and territories through our North American, European, and Asian offices and a network of independent market research firms, Harris specializes in delivering research solutions that help us - and our clients - stay ahead of what's next. For more information, please visit harrisinteractive.com.