The Canadian cure for homeless pets 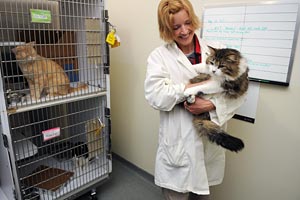 How’s this for a cool idea – an animal services department that actually provides services for your animals! What a radical notion. How about benefits like a stray pet drive-home service that keeps animals out the shelter … how about someone trained in community relations and conflict resolution to help you resolve any pet-related problems with your neighbors … how about a free spay/neuter service for members of the public who can’t afford retail vet services … and how about a fund to pay local vets when a shelter animal needs medical care? But wait, there’s more … public 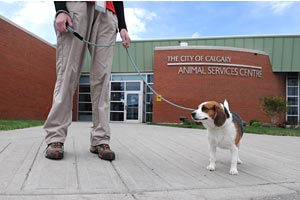 and school education programs … and let’s throw in a rewards program for discounts with regional vendors on items ranging from pet food, to car-repair services, to yoga classes so you can recoup the cash you forked out for the price of a dog or cat license. All that is in addition to the basics of a well-run shelter system, volunteer-based programs, adoption services and animal-socialization programs.

Welcome, people, to the new look of animal services. It’s not happening in a privileged enclave for the wealthy like the Hamptons in New York or Montecito in California. It’s happening in a major metropolitan area just to the north of us … Calgary, Alberta, Canada.

Calgary is a city larger than San Jose, California, and just a bit smaller than Dallas, Texas. It is as diverse as any city in the U.S.

Bill Bruce, director of Animal Services and Bylaws in Calgary, has approached ending the killing of shelter animals with a top-down, integrated community-policy approach. 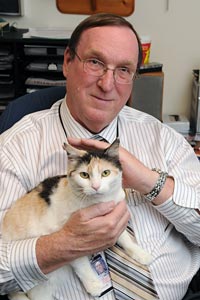 Mr. Bruce is no magician, and he is certainly not a firebrand. He is as polite and unassuming a Canadian as you’ll find, but he does have a plan that he has executed to perfection, creating an animal services department that is a model for North America and beyond. Better still is the fact that it has been designed to be handed off to the next person in line, just like any well-run city services department. Sound boring? Not to all those animals whose lives have been saved.

Take cats, for instance. The return-to-owner rate for cats in the U.S. is a miserable 2 percent. In Calgary, 49 percent of cats are returned to their owners and 29 percent are adopted. That’s a 78 percent save rate. In this country, the save rate for cats by all methods ... return to owner, adoption, transfer to rescue … is around 35 percent. While Calgary’s cat stats are far better than all but a few U.S. communities and certainly better than any U.S. city of comparable size, Calgary has not yet reached the 85 to 90 percent save rate for kitties regarded by most as the no-kill threshold, but Calgary’s live-release rate is climbing rapidly as cat-licensing compliance continues to climb and more and more kitties are returned to their families.

An amazing 90 percent of dogs are returned to their owners in Calgary, 9 percent of impounded dogs are adopted and only 5 percent are put down.

More impressive still is the fact that Calgary accomplishes this with no taxpayer dollars at all, which protects animal services and the animals from political wrangling over budget cuts and economic trends.

The department is funded entirely by pet-licensing fees and animal-regulation enforcement fines. A pet license is $30 for a fixed dog and $52 for an unaltered canine, and registration can be done online, in person and even at the bank. The fine for not licensing a dog is $250 to encourage compliance. 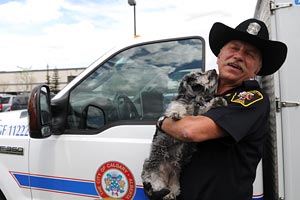 Bill Bruce believes in getting out in front of the problem. Unlike the complaint-driven, shelter-centric model of most U.S. animal control agencies, Calgary favors a proactive community-relations and enforcement model. The mission statement reads: “To encourage a safe, healthy, vibrant community for people and their pets, through the development, education and compliance of bylaws that reflect community values.” Calgary’s animal control officers are trained in community relations. They focus on public education about responsible pet ownership, pet-licensing compliance and addressing as many animal issues as possible out in the community before the animals become shelter problems. Bill has turned the dog catcher into a genuinely helpful community animal care resource.

Consequently, even though the population of the Calgary service area is comparable to that of a fairly large American city, the number of animals coming into the custody of animal services is low ... about 5,000 animals impounded in Calgary in 2009 compared to over 30,000 in Dallas and over 17,000 in San Jose*. Keeping animals out of the shelter and in homes in the first place seems to me to be a better way to invest resources than trying to solve the puzzle after the animals have landed in already-crowded shelters.

The Calgary model is not without its detractors, however. What’s not to like? The main issues that some in the no-kill movement have is that they believe licensing compliance is a deterrent to multiple-pet households, and one of the strategies of no-kill is to encourage people to adopt as many pets as possible. Some have expressed particular alarm regarding cat licensing for fear that it will lead to licensing requirements for feral cats and fines and fees for community cat caregivers, who look after dozens or even hundreds of cats. Cat licensing is generally a taboo subject in No More Homeless Pets circles because, in U.S. cities and states anyway, putting that power in the hands of unsympathetic politicians and bureaucrats is a scary proposition.

The Calgary cat-licensing regulation is designed to specifically exclude ferals 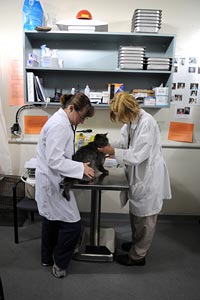 by limiting licensing only to cats who cohabit in a home. As Bill says, “Just because you occasionally give the neighbors’ kids a sandwich when their parents are away for the day doesn’t make them your kids.” To date, Calgary’s cat-licensing campaign has not adversely affected community cats or their caregivers.

Many regard the Calgary model as the future of municipal animal services operations, but getting there for most American cities will require turning the existing animal control paradigm that presides in the U.S. on ’its head.

Personally, I’d like to see a U.S. city identify a couple of zip codes and implement a pilot project, involving a few animal control officers who have done some understudy work in Calgary, which afterwards will compare before-and-after stats to make the case for the sweeping change that will be needed to put a Calgary-style program into effect in a major U.S. city.

Bill Bruce is a frequent presenter at Best Friends No More Homeless Pets Conferences and does consulting with communities around the country. To contact Bill for more information or to find out about engaging him for your city, you can e-mail him at bill.bruce@calgary.ca.

Click here for Part I:  Sustainable Success: A Case for Targeted Low-income Spay and Neuter.