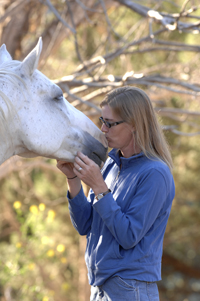 As a domestic species in America, the horse tends to have an ownership history that closely resembles that of a used car. An estimate I’ve heard is that the average horse will pass through 7 to 10 homes in their lifetime. The implications of this sad fact are compounded many fold when you come to understand the nature and needs of a horse – a highly intelligent herd animal who thrives on companionship, leadership, routine and a predictably safe environment.

Jake, a handsome 20-year-old bay thoroughbred who is here at Horse Haven, is a typical illustration of this journey. He was bred to be a racehorse and started racing at 2 years old. Like humans, not all horses are superior athletes, and very few horses make it to the equine equivalent of the Super Bowl. The difference is that horses who don’t make it to the big leagues are not free to pursue a career of their choosing.

By the age of 3, it became clear that Jake wasn’t going to be a high-dollar winner at the track, so his racing career ended and he moved on to a life as a ranch horse, where he worked herding cows and riding fences. After a couple years on the ranch, he was sold again to a third home, where his new owner had hopes of him being a pleasure horse who could ride the trails and perhaps do a little dressage. Sadly for Jake, he sustained an injury that was going to require a lot of rehabilitation, and it wasn’t certain whether he would be able to be ridden at all in the future. Since his future soundness was a concern, he was moved on to yet another place, this time to Best Friends. His injuries were tended to, and, in time, he found an adoptive home with a lovely woman who intended to keep him for the rest of his days. Unfortunately, after several years of love and care, Jake’s adoptive mom began suffering health problems of her own and became unable to provide him with the care he needed, so he returned to Best Friends and has been here for about a year looking for lucky home number six.

This one horse’s story covers many of the reasons why horses lose their homes:

In addition to the reasons horses are given up that Jake’s life illustrates, we also see a lot of horses who lose their homes because it was just a bad match between the horse and the person to begin with. Dolly was a thoroughbred mare who came through Best Friends a couple of years ago. Like Jake, she started life as a racehorse but soon was looking for a new home. The home that Dolly found was as a first horse for a 9-year-old girl who had little to no horse experience and neither did her parents. Now, in Dolly’s job at the track, the only skill she had learned was to run and run fast. Skills like turning, stopping, walking and the like were never taught to her. So when the little girl attempted to ride her, Dolly did what she was taught and ran … fast! It didn’t take long before the little girl was terrified and Dolly was homeless. All too often in cases like this, the horse gets blamed as being “stupid,” “dangerous,” “stubborn,” or any other number of derogatory labels when the simple truth is that it was just a bad match. The girl needed a horse who was a quiet and patient teacher, and Dolly needed a person who was an experienced and savvy horseman.

The romantic vision of the beautiful horse and the person riding off as BFFs into the sunset isn’t something that just happens overnight like it does in the movies. It takes a lot of time, work, education, money and dedication to get to that storybook ending. Pat Parelli, the respected pioneer of natural horse training, says something to the effect that when the fun wears off, the funds run out. It’s at that point that the horse makes its way down the road to another home or, sadly, sometimes to the auction, and from there in some cases ultimately to slaughter. 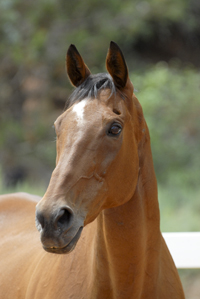 Stories like Dolly’s help explain why approximately 80% of new horse owners no longer have their horse after the first year, and of the remaining 20%, only about 5% still have their horse after five years. That’s an amazing statistic, and ultimately it’s the horses who suffer as they are passed on down the line to less-skilled, less-knowledgeable owners who are looking for a good deal in a used horse.

On the brighter side of all this is, there is a growing movement of horse people who understand the needs of horses and are flocking to new training and care protocols that begin with a deeper understanding of the needs of the horse. For example, Parelli Natural Horsemanship (the training method we practice here at Horse Haven) focuses on building a trusting relationship between horse and human. The ultimate goal is a partnership, where the needs, abilities and unique “horsenality” of the horse are considered equally with the wants and dreams of the human. Anyone can force a horse to do something; what we aspire to is for the horse to want to do what we ask with a happy and willing attitude. The promotion of the horse from a slave to a partner increases their value and ultimately increases their odds of staying in their home.

Before considering horse adoption, it’s important to do your research, ensure you have the proper set-up and take the time to acquire the skills necessary to care for a partner who could live 30 to 40 years. Check out Horse Week for more information on proper equine care and some wonderful stories from the world of horses.