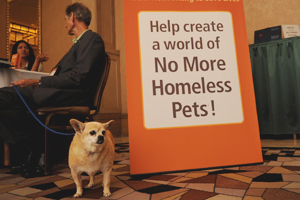 Last week, I received the shelter “save rate” statistics for the state of Utah. Ten years ago, Best Friends started No More Homeless Pets in Utah, a groundbreaking statewide program to bring about no-kill in our home state. Currently, the program staff work with 56 shelters across Utah. Last month, the save rate for dogs hit an all-time high of 80%.

When we started the program 10 years ago, the save rate for dogs was just over 50%.

This is great progress, but we can’t rest yet.

My life with dogs started 40 years ago. I had grown up with a family cat, had come to know cats, but had very little contact with dogs. So my first dog was a real departure for me.

Judah joined me as a puppy, a charming, naughty, willful German shepherd who quickly found his way to my heart. It didn’t take much. His antics delighted me. I came to accept the little challenges as strength of character. His puppy fat quickly yielded to toned, perfectly proportioned canine beauty. 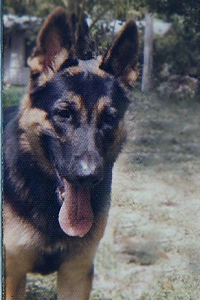 In fact, Judah was exceptionally beautiful. Strong, athletic — a model of his breed. The hours I spent training with him developed in him an adequate level of cooperation, though somehow I always felt it was only that way because he had decided to cooperate. He was nobody’s servant. The hours of companionship brought me close to him in a way I had never previously known with any being.

Judah was magnificent. He had a dignity, a depth of spirit, a presence, proclaiming a connection to a realm that seemed to transcend his doggie incarnation.

Over the years, I have had a number of other dogs as special companions. I’ve loved them all, but somehow none matched up to Judah. Judah was my “dog of dogs,” the dog against whom I measured all other dogs.

Imagine my surprise then when, a few months ago, an old, chubby Chihuahua captured my heart. Esther walks with a combination of a limp and a waddle. She sports an exceptionally prominent underbite and a mouthful of wildly disorderly teeth. When she gets excited, her high-pitched squawking sounds more like an exotic bird than a dog. As an example of canine pulchritude, Esther leaves just about everything to be desired. Yet she got into my heart.

Esther is charming, unique and special … and a devoted, if occasionally disoriented, companion. She is also quite confident, waddling her way in front of larger dogs with a matter-of-fact, smiling assurance. And when she takes a big poofy bed away from Betsy, our considerably larger older female Lab mix, Esther looks like she’s auditioning for “The Princess and the Pea.” 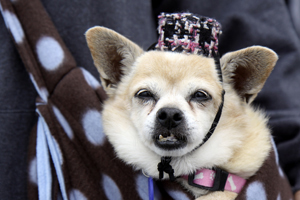 When the last-ditch, cross-posted e-mail entitled “chubby senior girl” crossed my desk, she had only a few days until Tuesday, when her time would be up and she would be killed. It seemed unlikely that this overweight little old lady with a grey muzzle and a row of protruding, crooked teeth was likely to be adopted. So, I asked for a hold to be put on her.  In the few months since I adopted her from the south L.A. city shelter (sadly populated by many small dogs), I’ve realized I have only begun to get acquainted with the depths of her personality. I have only just embarked on a journey of discovery with her. I know she has much to teach me.

Needless to say, I have dropped the idea of a “dog of dogs.” Esther has a different personality than Judah did. She has her own charm, her own special splendor. It lies deep within her, and day by day she is sharing it with me.

It is very disturbing to think of Esther being killed because she is too old or because she has a limp or bad teeth. Esther is just one of the faces behind the numbers when we talk about shelter statistics and save rates. Thankfully, her particular statistic is on the positive side of the ledger.

The thing is, each one of those millions of animals behind the sterile shelter statistics is as wonderful in his or her own way as Esther and every bit as capable of stealing someone’s heart.

They are all unique ... every dog, cat, bird and bunny. With open eyes, minds and hearts, we can change the world for the better this coming year for thousands of animals---and get us that much closer to No More Homeless Pets, not only in Utah, but across our great country.