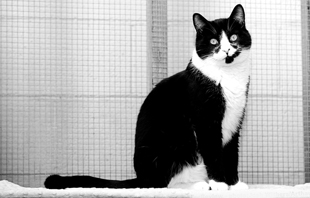 The NKLA calculation for success is based on reducing noses in and increasing noses out. This means that the threshold benchmark for the NKLA Coalition is a 90 percent save rate for dogs and cats entering the city shelter system. Every single animal is counted as he or she enters and leaves the L.A. city shelter system.

There are no exceptions based on behavior or health. All canines and felines are included in the arithmetic, regardless of whether the animal is a three-day-old kitten, a feral cat or a “man eating” pom-pom. The only animals not counted are those arriving at the shelter, sadly, dead on arrival, usually due to traffic incidents.

When the NKLA Steering Committee put out the challenge to make December 2012 the first no-kill month in Los Angeles history, we had already blown through our year one (2012) goal for NKLA to reduce shelter killing at Los Angeles Animal Services by 3,000 animal lives. Though we had not yet received the stats for November, the October calculation already reflected a reduction in shelter deaths by 3,500, compared to the same time period for 2011.

With that success in hand, we decided to really put an emphatic capper on our 2012 success by challenging the coalition and the community to end the year with a no-kill month. The campaign was launched on the fly in serendipitous circumstances: Best Friends had just launched a new round of NKLA advertising, while coalition partner Found Animals had a great holiday adoption promotion lined up for shelters across Los Angeles County, which, of course, included the six Los Angeles Animal Services shelters.

Found Animals’ Twelve Pets of Christmas promotion offered an adoption subsidy to anyone adopting a member of one of 12 categories of pets who sometimes need a little extra help — such as seniors, pit-bull-terrier types, Chihuahuas, pets with medical issues and black dogs or cats. Puppies, kittens and purebred pets were not subsidized.

It was a clever and productive campaign that lined up perfectly with the coalition’s no-kill December goal. Additionally, there was incentive funding from Best Friends for NKLA Coalition partners to help with additional boarding and medical costs.

So, cutting to the chase, we had an 84 percent save rate for the month, short of our 90 percent goal, but easily the best month on record.

There were so many things that went right in this incredibly successful campaign, putting an exclamation point of progress on a municipal shelter system that in past years has operated at an annual save rate of around 60 to 65 percent.

It’s important to remember that Los Angeles Animal Services is an NKLA Coalition partner. Only through the extraordinary efforts of the staff and management of the six city shelters were we able to achieve our success. It was incredibly gratifying to hear that L.A. shelter staff members were as excited and energized as the most fanatic rescuer to be part of this historic achievement.

Obviously, we are not there yet. There still is much to do. But this is a great benchmark to take us into year two of NKLA. More to the point, we now have the stats for the rest of the year — and shelter killing at Los Angeles Animal Services was down for 2012 by more than 4,200 animals compared to 2011.

Here's to more lives saved and a no-kill future!