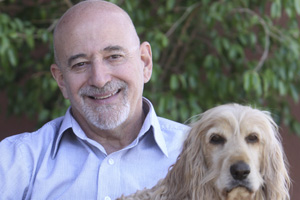 Growing up in New York in the 1950’s it was a given that I was a New York Giants football fan. I loved the game and I loved the team. After-school and weekend sandlot games occupied my spare time and the Sunday game was a ritual. The Jets weren’t even an idea for most of my formative fan years. Subsequently, I never had to make a choice between the two teams and though I have tried to shake the fan compulsion as a more-often-than-not disappointing trivial pursuit, I appear to be stuck with it.

Last Sunday, the Giants and the Jets recently inaugurated their new stadium at the Meadowlands. The Giants unveiled the team’s Ring of Honor…sort of a team hall of fame that scrolls the names of Giants heroes around the upper façade of the stadium to remind the faithful of the team’s history.

Just so happens, the No More Homeless Pets Conference is gathering up a Ring of Honor team as well…regular folks who attended a conference and were so inspired and informed by the experience that they went home and shook things up for the animals. Here are a few of our heroes and some of their accomplishments.

Susanne Kogut is the Executive Director of the Charlottesville Albemarle 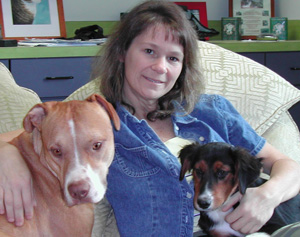 SPCA in North Carolina. Susanne was a successful attorney before turning her attention to the needs of homeless pets. She tells the story of listening to the No More Homeless Pets Conference tapes while on a drive from the east coast to visit Best Friends Animal Sanctuary in Utah. The resulting inspiration changed her life and saved the lives of thousands of animals. She went home and stepped forward to take the position of Executive Director at Charlottesville Albemarle SPCA and took the organization and the community to no-kill with a commitment to life saving measures, creative adoption promotions, low cost spay/neuter services and free s/n support for local TNR programs. Click here for more information.

Cimeron Morrisey* is the Founder of Project Bay Cat near San Francisco, 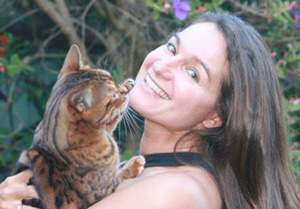 California. Cimeron is an award winning travel, sports and cat writer as well as an animal rescuer and public speaker. She has also been named Animal Planet’s Cat Hero of The Year. After attending a No More Homeless Pets Conference, Cimeron developed a TNR and community-supported humane management solution to help nearly 200 feral cats that she found living beside a popular levee pedway along San Francisco Bay. She stumbled upon the cats while kiteboarding at a site near her home; the cats were hungry, there were countless kittens, some were ill and many were pregnant. She wasn't the only one who noticed the cats: so had the city, hundreds of local residents and wildlife groups. No one wanted to see the cats suffer or the population to expand, but no one was doing anything to help until Cimeron came along and implemented a humane management solution for the cats and a strategy to protect local wildlife, too.

Sure, TNR is a pretty straight-forward activity, but doing it in a highly trafficked recreational location while also garnering support from the city, wildlife groups and the community is no easy matter. Nor is changing the community's perception about feral cats and inspiring people to help them. But by using what she learned at the No More Homeless Pets conference, Cimeron was able to create Project Bay Cat and help the program succeed. Now six years later, the cats are happy and healthy! Nine-six percent of the cats of Project Bay Cat have been spayed/neutered and the population has been reduced by nearly fifty percent due to natural attrition, innovative abandonment abatement efforts, and efforts to find homes for the colony's friendly community cats.

When not traveling to and writing about exotic locations or writing articles for Cat Fancy Magazine, Cimeron helps others create successful animal rescue programs and also get their non-profits on track to do the most for the animals. Click here for more information. 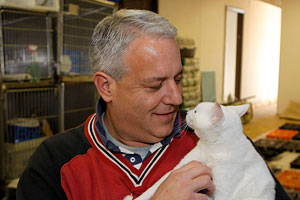 Jacksonville, Florida. Rick has been attending the No More Homeless Pets Conference since 2002 and has been a presenter since 2008. He credits the conference with the inspiration and the information to develop FCNMHP. Rick is an innovator and an inspiration. When I first met Rick, who now has his hands full as Executive Director of FCNMHP, he was in heavy equipment sales. During the Hurricane Katrina rescue effort, he ran the ASPCA’s emergency shelter in St. Bernard Parish, but the best was yet to come. In 2008, in partnership with the City of Jacksonville and with support from Best Friends, Rick launched Feral Freedom, a first in the nation public/private collaboration to save all the feral/free roaming/community cats that come into the city’s shelters. In fact, the innovative program achieved a 50% drop in cat euthanasia in Jacksonville in the first year. Since 2003, First Coast has provided free or low cost spay/neuter service for over 55,000 animals. Click here for more information.

Rebecca Guinn is the Founder of LifeLine Animal Project in Atlanta, Georgia. 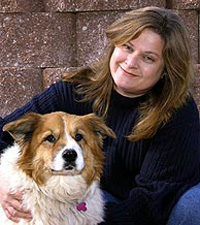 Rebecca came to the second No More Homeless Pets Conference, in Seattle in 2001. Before devoting her life to animals, Rebecca was a criminal defense attorney! She much prefers defending innocent animals to criminals and in 2002, founded LifeLine Animal Project to provide low cost spay/neuter services and to promote adoptions. She also created a “virtual” shelter intended for all Atlanta animals for adoption...Atlantapets.org as a one-stop web location intended to provide information on every available animal in the city. More than 70 organizations participate in the AtlantaPets.org site including area municipal shelters.

On the spay/neuter front, LifeLine’s Catlanta program has TNR’d over 12,000 kitties and their clinic has fixed 35,000 pets!

So that’s my short list for the No More Homeless Pets Conference Ring of Honor. It is by no means complete. If you know someone who was motivated by their attendance at a NMHP Conference, please tell us their story briefly below.

*Cimeron Morrisey and Rick Ducharme will be presenting at the upcoming No More Homeless Pets Conference in Las Vegas October 15 -17.