Saying goodbye to a founder

This is not what I anticipated writing about as we say goodbye to this year, but sometimes circumstances have the final say. Last week, Best Friends lost one of our co-founders, Claire Ives.

As you may know from my comments in this space and elsewhere, I have the greatest admiration and respect for the founders of Best Friends. They changed the world, and they changed my life’s path. When a founder passes away, it affects me deeply.

The founders of Best Friends are in the top tier of the most remarkable people that I have met, or heard of, for that matter. Taken as a group, they are unique. Even though some of them are no longer with us, I use the present tense in describing them because they all live on in the spirit of Best Friends, and their impact reverberates throughout our movement.

The founders are quirky, eccentric, brilliant and dedicated to the animals. That describes Claire Ives to a T. Claire was a smart, determined and very funny woman. Her keen insight, wit and humor were as readily turned on herself as on the world around her. Her frequent letters to the local newspaper were always cogent, often against the grain and usually in defense of the animals and the environment. She worked hard to further Best Friends’ mission and never sought recognition for all that she contributed, but her gaggle of canines made it clear where her heart was. 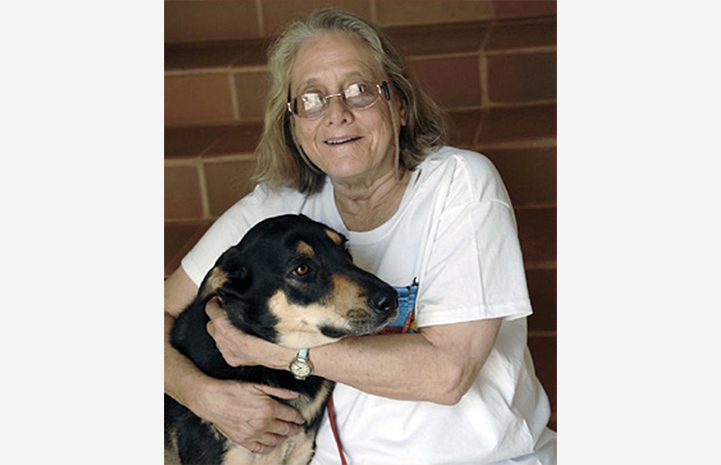 In honoring her memory, I want to share with you a message to Best Friends staff written by one of our colleagues and co-founders:

Claire worked mostly behind the scenes, and she has been retired in recent years, so many of you may not have met her, or heard of her, but she was truly a force for the animals and her contributions to getting Best Friends off the ground and sustaining the animals were invaluable.

“Claire was born October 13, 1940, in New York City. She graduated from Mt. Holyoke College and attended the University of Chicago, studying anthropology, with a focus on pre-Columbian Mesoamerican civilizations, which, along with animals, became one of her lifelong passions.

“Like most of the founders, she began working in animal welfare before we arrived in Kanab. Her pre–Best Friends work for the animals began in 1980 with the famous Grand Canyon burro rescue, in which 580 burros (whose ancestors had been abandoned in the Grand Canyon by European settlers) were at risk of being shot. Claire ran the office for the operation and the burros were taken by helicopter out of the canyon and sent to sanctuaries. I remember being amazed by photos of burros flying out of the Grand Canyon. It was an amazing accomplishment so early in the animal welfare movement. In fact, two of the burros, one pregnant, came to the ranch in Arizona that was the precursor to Best Friends.

“When we started building the Sanctuary in 1984 and were putting up the first animal homes in Angel Canyon, we were short of everything from cat beds to building supplies and from paper towels to trucks. Cash was pretty scarce, so Claire sat in a trailer with a phone, a pile of Yellow Pages directories, an old-fashioned Rolodex and a daily list of whatever was most urgent. She would call companies from California to Maine and Alaska to Florida and, in the nicest possible way, never took no for an answer. Her persistence was and is legendary.

“But the most impressive thing about what Claire did, and the thing that gave us the greatest window into who she really was, wasn’t that she got the things we needed. It was how her passion for what we were doing resonated with the people to whom she spoke. So much so that when we would call to thank them for their generosity, they would invariably wind up thanking us for the chance to be a part of our mission.

“Those relationships were an important part of building the organization and the no-kill movement. And, up until her retirement, Claire continued to share that gift and to mentor people both at Best Friends and at other organizations as to how she engaged other people to come along on our journey and save the lives of the animals she so dearly loved, especially small dogs with special needs.

“I will always remember Claire not just for her love of animals and her ability to inspire others, but for her honesty and curiosity, her defense of social justice and her friendship. She will truly be missed, but her work, her spirit and her generosity will live on in Best Friends as part of the legacy that is passed on to those who take up our cause.”

We will all miss you, Claire. Rest in peace.