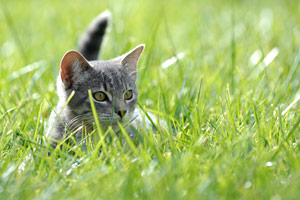 A war is brewing in the State of Utah.  State lawmakers are due to convene on January 24th to battle together on a typical round of issues and wrangle over the always-limited dollars in the state budget.  Many laws pass with little more debate or activity than the yawns of legislators as they move from one minor regulation to another, in one committee or another.

But there are also issues that generate heat and contention between legislators, often accompanied by frenzied commotion in the corridors of power by the public with specific interests.  An activity allowed under the general rubric of “lobbying.”

Proposed by Representative Curtis Oda, HB 210 would allow the citizens of Utah to “humanely shoot” or kill any animal that they “reasonably believe” to be “feral” without any possibility of being charged with cruelty to animals.

How wide are you prepared to throw open the door for people to kill animals without reprisal or condemnation?

This bill would make it OK for the people of Utah to conduct hit-squad style raids on colonies of alley cats with impunity or “humanely” kill dogs that stray from their homes and are simply so scared that they run from humans. 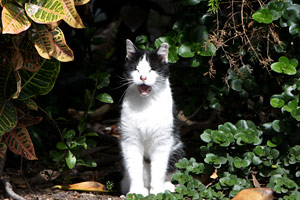 Additionally, methods of “humane killing” are not defined in the bill, which is a problem in itself.  One person’s drowning or clubbing of an animal to death is another man’s humane killing.

Your beloved pets would only have to run from a stranger to provide the person with a “reasonable belief” that they were feral for the bullets to legitimately fly.

It should be noted that Rep. Oda is a leading advocate in Utah for gun rights, but the issues raised by HB 210 have nothing to do with gun rights.

The animal rights folks in Utah are already throwing up their arms in horror and preparing for war over the bill.  We at Best Friends of course oppose this legislation, but we would like to see it defeated not because of a battle between opposing factions but rather as a result of reasoned consideration.

Rep. Oda is an avowed Buddhist.  In his meditations over the coming weeks, we would like to see him embrace prajna (wisdom) that would lead him to bodhi (awakening), which could then bring him to ahimsa (the principle of doing no harm to any sentient being).  Underlying the principle of ahimsa is a sense of the value of life, animal as well as human.  This is an ultimate value for Best Friends.