Like many dogs who wind up in shelters across the country, Chunk had a wonderful personality and amazing potential. But in shelters that take in thousands of pets and struggle to place them all, or in those filled to capacity, a dog’s good nature and potential can easily be missed, overlooked or worse, their lives can be at risk. Luckily for Chunk and for the 16-year-old girl who loves him and relies on him every day, he was saved.

Chunk was brought to Best Friends in Houston through the Harris County Animal Shelter. From there, he was transferred to the Sanctuary, where people recognized his potential right away. It was clear that while he was still a bit rough around the edges in the manners department, he seemed to be incredibly empathetic and attuned to people. Best of all, he was calm and cuddly, and this made all those around him feel happy and at ease.

Sherry Woodard, a Best Friends animal behavior consultant who developed and manages the Canines with Careers program, screens, selects, trains and places shelter and rescue dogs for career work. While screening Chunk, she noticed that he was able to focus and willing to work and learn. She could also see that he truly has a calm, kind and compassionate nature. Soon after that, Chunk began his service dog training, and the stars fell into alignment for him and his person, 16-year-old Gherri Black. 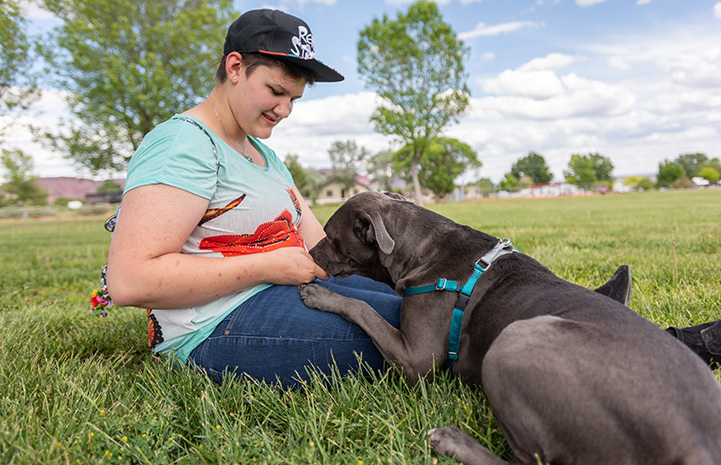 Gherri is coping with post-traumatic stress disorder (PTSD) and depression from events in her past, so her therapist suggested a service dog and contacted Sherry on her behalf. Gherri was skeptical at first: Could she trust a dog to be so close to her? Would the dog be gentle around the people she loves, especially her little brother? Would she be able to take care of a dog?

Gherri’s doubts evaporated the moment she meant Chunk. When Sherry brought him to her house, he walked in and immediately started rolling around on the floor near Gherri and her brother. Since that day, they’ve been inseparable, and Gherri can’t believe her luck.

“If you told me I would have such an amazing dog six months ago, I would have never believed you. Chunk is not only my dog but my best friend. He is that type of dog to make you fall in love and always want to be around him.” 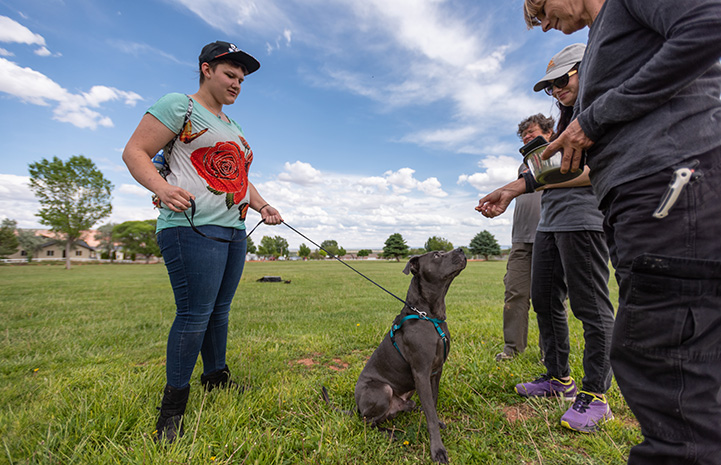 What can a service dog do?

More important than his loveable personality is how he helps Gherri. His main task is to provide physical closeness and contact when she’s feeling upset. For example, he’s learned that when he sits right next to her and leans into her, it makes her feel better. This is where his cuddly nature really shines.

“He seems to really sense when I’m down, and he will come and snuggle with me,” Gherri says.

He’s also been perfecting the “touch” cue (when a dog touches his nose to a person’s hand when asked) to maintain that physical closeness. He looks after her in other ways, too. Chunk can focus on her, even at times and in places when there’s a lot going on around them. She is always his first priority.

He’s pretty strict about bedtime, too. “He knows exactly what time I go to bed and he will come and get me when it’s bedtime and put his paw on me,” Gherri explains.

That may be because Chunk’s job doesn’t end when the two of them go to sleep. It’s actually one of the most important times for him to be right there beside her. At night, Gherri used to have nightmares and lots of panic attacks. “Ever since I got Chunk, I have not had any nightmares or panic attacks,” she says. 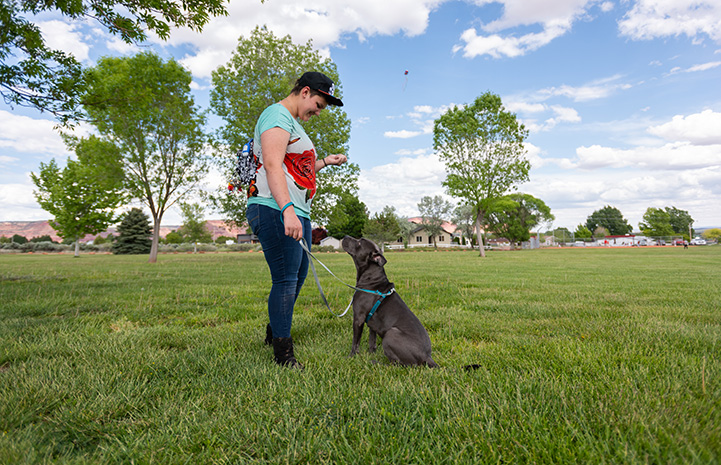 The tremendous difference a dog can make

Just because Chunk is already doing his job well doesn’t mean that Sherry’s job is done. She closely follows many of her cases and is committed to supporting Gherri and making sure that she and Chunk have a solid relationship that helps her stay in school and see her through depression. Through training and practice, Sherry and a local dog trainer have been helping Gherri deepen her relationship with Chunk. Though he’s not yet four years old, Chunk is gaining the reserve, restraint and wisdom it takes to be a truly amazing service dog.

He’s already made a huge difference, says Gherri. “Chunk has helped me though emotional battles. This dog not only helps me mentally but physically. He’s helped me more than anything else has. He has changed my life dramatically. I'm so thankful for him. He is one of a kind of dog, and I'm glad to have him in my home and in my heart.” 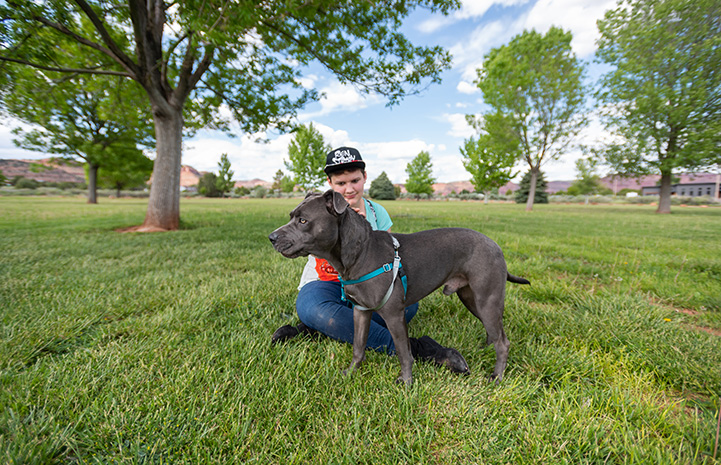 Gherri suspects that, like her, Chunk has had some difficulties in the past. “When I look at him, I see he also has a story to tell,” she says. “I don't know quite what happened, but I know that something changed him, too. Us being together and helping each other is good for both of us. Just knowing that this dog and I are alike makes me love him even more.”

Less than a year ago, Chunk was among the thousands of dogs who each year end up in U.S. shelters. His sensitive nature and service dog skills might never have been discovered. But programs in the shelter and at Best Friends saved his life and connected him to a kindred spirit who needed him. Now, he’ll spend his life making her life better. 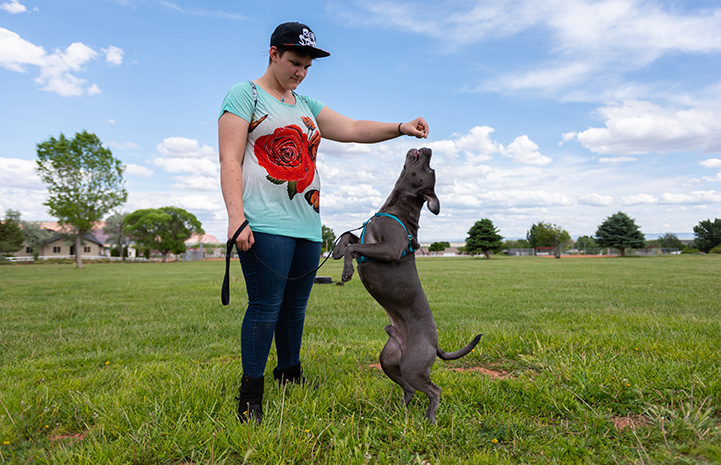