IHop may not be able to see the world around her, but with her brother, Waffle House, by her side there’s nothing to fear.
By Sarah Thornton

There are few beings more vulnerable than tiny baby bunnies, unless it’s a little blind bunny. That’s iHop. Along with her brother, Waffle House, she came to Best Friends just in time for the holidays after a tenuous start to life.

Learning about a pair of baby bunnies

The bunny brother and sister were first sold to a woman by someone who either didn’t know or didn’t disclose the right information about them. She was told they were three months old (old enough to be away from their mother) and that both were female. Neither of those things turned out to be true, plus the seller didn’t provide proper information about the bunnies’ diet and the sort of care they needed.

“They should have alfalfa, because they’re babies,” explains Keala Hepworth, Bunny House supervisor at Best Friends Animal Sanctuary. “They can’t have lettuce because they can’t digest it.”

The woman who had the small, fluffy bunnies was doing her best to take care of them, and they certainly got plenty of love and attention. But working without all the information made it difficult and, eventually, it was just too much to handle.

When the bunnies arrived at the Sanctuary and had their initial exams, someone realized that not only were they younger than first thought, but that Waffle House was, in fact, male. The good news was that at their age they were too young for any “surprises” to have happened, and it was possible to get them spayed, neutered and keep them together. But another discovery was about to be made ― this time, about iHop. 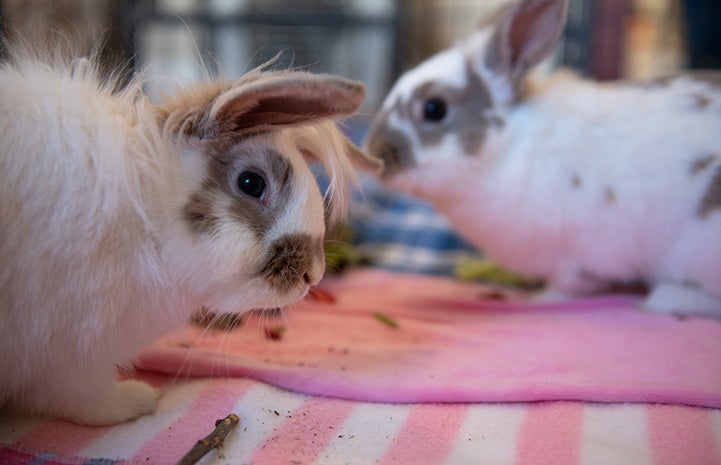 Caregivers noticed that she seemed to stick near the perimeter of their room and would hold her head at an odd angle while exploring or looking at something. Sometimes, she’d bump into something as though she didn’t expect it to be there. “We thought she had a head tilt, just because of the way she approached things,” says caregiver Sondra Lewis.

A closer look from a veterinarian revealed that iHop was almost completely blind (barely able to make out shadows), which explained the way she explored her environment. Other than that, though, her vision barely slows her down, especially with her brother by her side.

“He helps her out of jams,” says Sondra. “Instead of being in a dark, lonely world trying to navigate it by herself, she has him.”

Together, the tiny balls of fluff have nothing to fear while hopping excitedly to meet every new face for the chance to make friends ― or get a treat. And, after moving into a foster home to help make space for an incoming transport of two dozen other bunnies in need, they’ve no shortage of either. 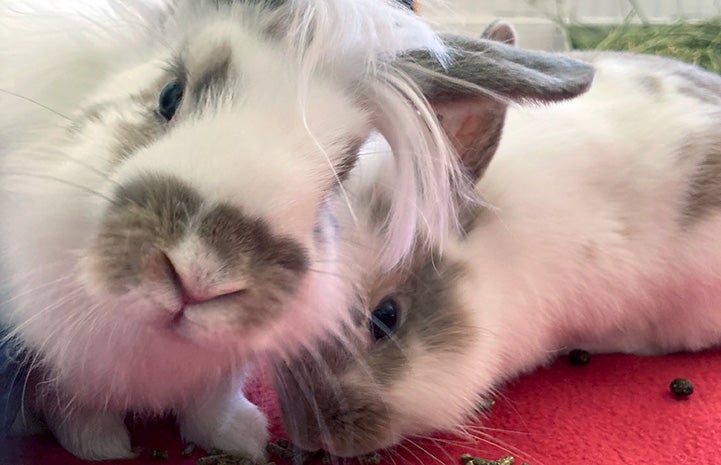 Jan’s cat, Mojo, often rests outside the bunnies’ enclosure, and even her large dog, Max, has fallen for them. IHop and Waffle House will go right up, nose to nose with the bigger animals through the wire of their pen with all the confidence in the world. 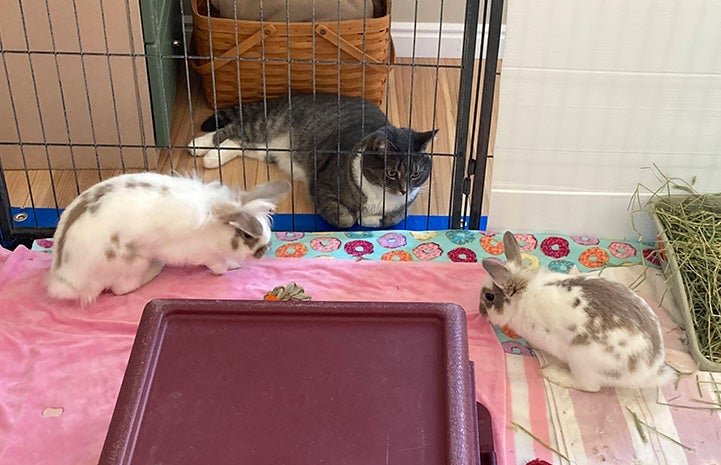 She tries to keep their bedding and general setup the same (for iHop’s convenience), and the little bunny has no problem bouncing, running and weaving around all of it. When treats are involved, Waffle House finds them first, but iHop isn’t far behind, pinpointing his crunching and nosing to locate her share.

They’re big fans of food because, after all, they’re growing bunnies and it seems like their bellies are bottomless. As soon as they hear their food and treat drawer opening, they’re right there waiting.

Sometimes, Max tries to get in on treat time, too. He appreciates the dried banana chips just as much as iHop and Waffle House.

When Jan goes in to clean their space, the buns are right at her feet looking for attention. When she sits down with them, they huddle close and shut their eyes, melting into the attention. They could stay there for hours, Jan says, and they’d still be happy to cuddle for even longer.

Vague shapes of shadows and light might be the only things iHop can see but being sightless doesn’t make her world any smaller. They might have had a confusing start, but she and her brother have been surrounded their whole little lives by love ― from each other, from their people and from their giant new fluffy friends.

“Anyone who adopts them will be smitten by them right away,” says Jan. “They are very, very sweet little bunnies.” 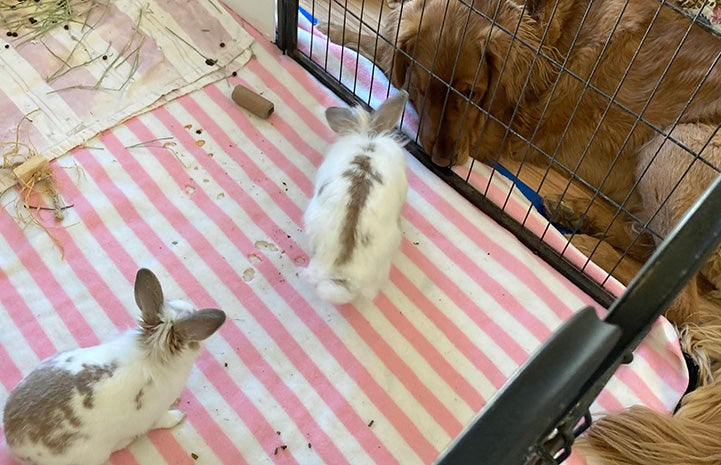 Give a pet a comfy place to rest

Whether it’s providing a temporary foster home or adopting them as part of your family, you can help pets feel safe and comfortable.