Remember that Tom Cruise movie Minority Report? It’s the one in which some well-intentioned people think they’ve invented a way to predict someone’s future behavior in order to prevent anything bad from ever happening. In the end, of course, we learn that even this seemingly perfect system is just as flawed and incapable of guaranteeing what will happen next as anything else.

Some animal welfare organizations are reluctant to embrace that lesson, hoping they can predict the future for adoptable pets and every potential pet adopter. Spoiler alert: They can’t. None of us can. And we shouldn’t be trying to. 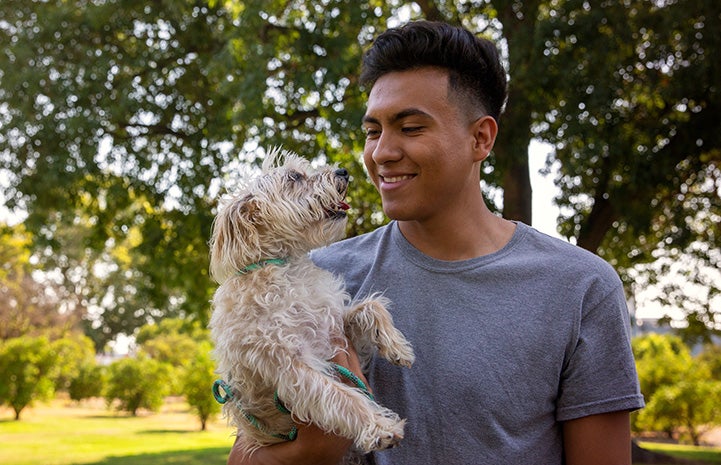 What pet adoption should be

Encouraging more people to adopt their next pet, rather than buy one, is foundational to the no-kill movement and, really, to everything we do. We want everyone to discover the joy that comes with sharing our lives with animals, and we want every dog and cat in need of a home to have one.

Somewhere along the way, however, trying to do the right thing by adopting a pet became as tedious and challenging as applying for admission to a top-ranked university or attempting to finance a new home. And, coincidentally, you might be denied the chance to share your life with that goofy three-legged cat you’ve had your eye on if you haven’t accomplished either of those things.

Over the last few decades, most animal welfare organizations, including Best Friends, have realized that their early and well-intentioned attempts to provide a responsible adoption process have snowballed into ridiculous (and in many cases, blatantly discriminatory) applications designed for a perfect adopter who doesn’t exist. And sadly, those unnecessary barriers are keeping pets in need from finding loving homes, discouraging people from adopting, and doing nothing to ensure more successful adoptions or prevent some adopted pets from being returned. 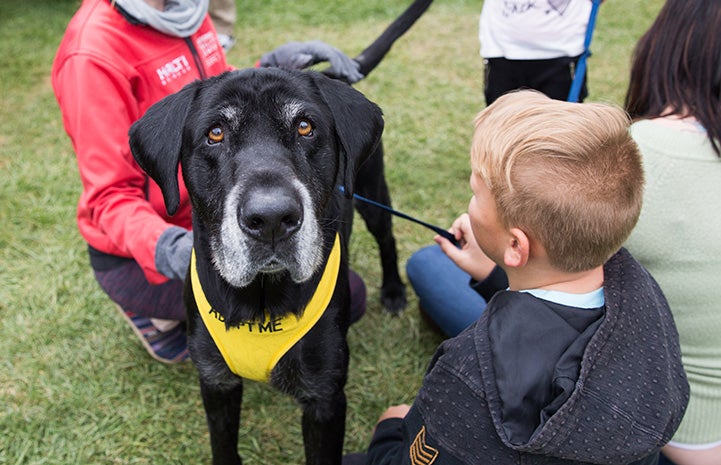 “As time passed and things went wrong with certain adoptions, the adoption application got longer and stricter,” recall Best Friends co-founders Jana de Peyer and Faith Maloney. “It got to the point where we were asking potential adopters, ‘If there’s a fire in the house, who would you rescue?’ It went completely out of control.”

Today, some organizations are still struggling to realize just how out of control their adoption applications have become. Adoption applications include everything from arbitrary questions about household income and home ownership to invasive inquiries about family members and future reproductive plans.

“I recently saw a multi-page cat adoption application from a rescue group that asked adopters if they were single, living with someone or married,” says Sue Cosby, Best Friends senior director of lifesaving centers. “And when I asked them how that question helped them make a decision, they told me that if someone was married, it showed that the person understood commitment.”

Michelle Logan, director of national shelter embed programming for Best Friends, continues to be amazed by the intrusive and burdensome financial element to so many adoption application experiences. “I’ve actually been asked for a copy of my mortgage statement as part of an adoption application,” she says with a laugh. “I’m sorry, but I’m not giving my personal financial information to someone working or volunteering in a shelter just because I really want to adopt one of their dogs.” 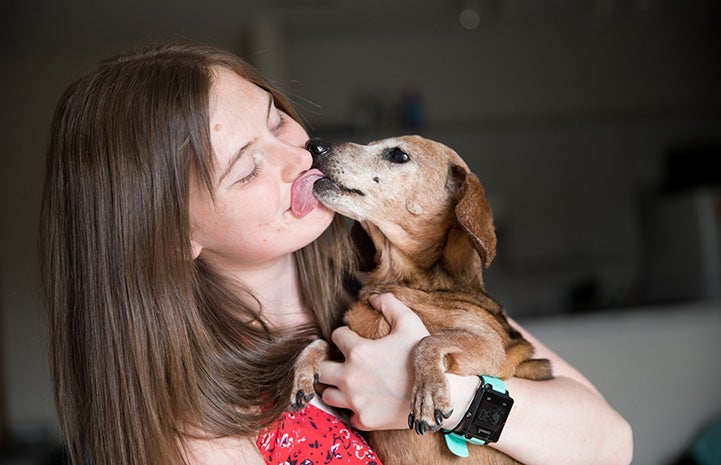 Looking for reasons to say yes

Somehow, in an attempt to find loving homes and make the best possible match between person and pet, we stumbled into assuming the worst and wanting to prevent anything bad from ever happening. And for many shelters and rescue groups, a lengthy, detailed adoption application with lots of hoops to jump through seemed like the solution.

Many Best Friends Network staff, who offer mentorship and support to our lifesaving partners around the country, note how common it is to see animal rescue organizations arrive at a point where they’re actively trying to disqualify people from adopting. This habit of looking for reasons to say no to adopters, rather than yes, is so common that it seems just about everyone has a story about a friend or family member who tried to adopt a pet and who either was denied or gave up because the process was too exhausting.

“Unfortunately, I think there’s still this small chorus of people out there who have bought into the worldview that most people are generally bad,” says Sue. “But that is absolutely not the case. People are generally good. We wouldn’t have achieved the success we have over the last several years if that wasn’t true. And that’s where we need to start with every adoption.”

Putting up barriers to adoption has unintended negative consequences. “We are driving people to pet stores and breeders, because we’ve made it so difficult for them to save a life,” says Lawrence Nicholas, the chief operating officer at Jacksonville Humane Society. When shelters and rescue groups focus resources on matching individuals with a great pet and setting them up for success rather than creating arbitrary barriers to adopting, more people adopt rather than shop, and more lives are saved. 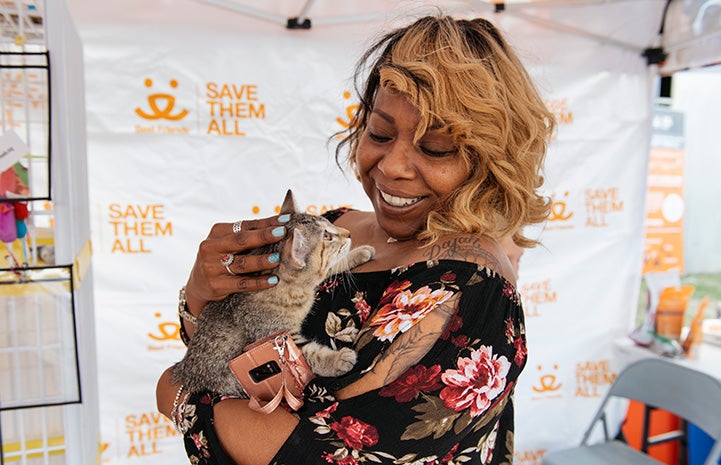 Contributing to the problem is the romantic notion that there’s a perfect match for each pet. It’s an easy idea to fall in love with. But the adoption application and process provide nothing more than a snapshot in time and tell you very little about how successful that adoption will be or how safe and loved that pet will be. “There’s no such thing as the perfect fit,” Lawrence says. “There’s no way to know that.”

There’s also no way to know how many people simply lie when they’re filling out those lengthy adoption applications. In fact, we’re encouraging great adopters to do so. Requiring a landlord check for people who rent, for example, continues to appear on many adoption applications even though it’s unnecessary and easy to circumvent.

“My wife was 19 years old when she adopted one of our current cats,” says Lawrence. “She checked all the boxes and then had a friend sit in the car and pretend to be her landlord. The cat’s name is George, and he’s still rockin’ and rollin’ with us today. They tried very hard to say no to her. They put up all the barriers.”

And that’s the other kind of story that nearly everyone has. If you ask people who have worked in an animal welfare setting whether they’ve failed to meet some of their own adoption requirements at some point in their lives, the answer is generally yes. 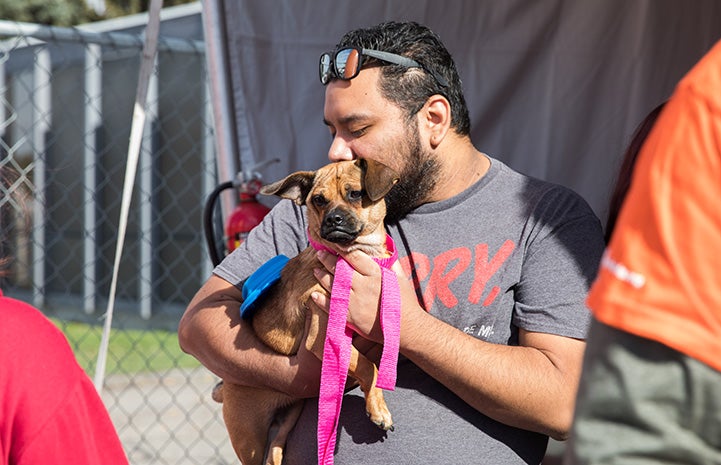 Adoption as a beginning, not the end

Regarding how and where an organization’s limited resources can best be spent, Lawrence says, “The adoption process should be the start of the relationship, not the end.” For example, requiring adopters to already have a relationship with a veterinarian is still common. But what if the person is a first-time adopter? Or what if she just moved to the area and hasn’t had time to find one yet? The reason doesn’t really matter. What that organization could be doing is helping that potential adopter find a local vet and making sure she has all the resources she needs to give that new pet a great home.

After spending more than a decade presenting at events like the Best Friends National Conference on the issue of adoption barriers and open adoptions, Sue believes that more and more organizations are finally doing away with arbitrary application questions in favor of having nonjudgmental conversations with adopters. As a result, those groups are helping more animals, providing resources instead of putting up barriers, and creating positive relationships with adopters and their local communities.

“I think part of the hesitancy may be a language issue because the phrase ‘open adoptions’ suggests some kind of free-for-all,” Sue explains. “But it really just means conducting conversation-based adoptions, because you can’t successfully match people and pets if you don’t talk to them.” 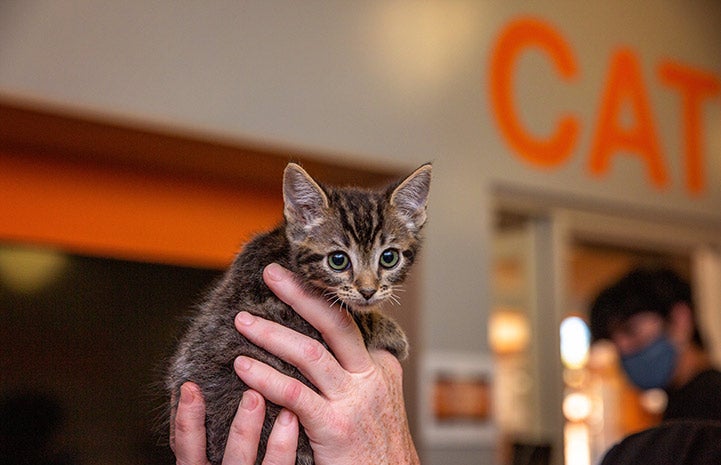 “We spend time talking to adopters about what animal would make the best match with their household,” says Leah Craig Fieser, executive director of Brother Wolf Animal Rescue in North Carolina. “We believe that if someone has the intention of adopting an animal, they are wanting to do a good thing and that we’re here to support them in the process. As a result, our adopters also feel confident reaching back out to us if they ever need support.”

“When shelter or rescue group staff see what you can do when you look for ways to make an adoption happen rather than prevent it, it can change everything — for them, for the animals in their care, and for their community,” says Michelle. A couple years ago, Michelle helped an animal shelter in Louisiana host an adoption event. There was no fee to adopt, but adopters had to pay a license fee required by the city. The last adoption of the day, for a dog named Bretty, almost didn’t happen.

“This man did not have the money for the license fee,” Michelle recalls, “but he and that dog totally connected. So, we kept the event open and waited for his cousin to drive over with the money at the end of his workday. We had already found homes for 80 animals that day. Bretty was lucky number 81 and he could not have looked happier.” 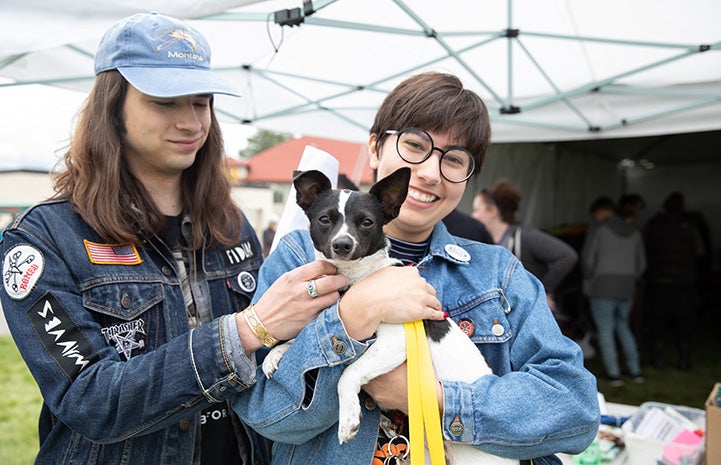