Pet grants to Save Them All

Rachael Ray Save Them All pet grants make a difference for homeless dogs and cats by funding adoption, TNR, transport and other programs.
By Kelli Harmon

What does it take to find a home for a dog? What if she’s a sweet, healthy dog who, despite a wonderful foster home and promotion via social media, still gets overlooked by adopters? Well, sometimes it takes giving her an edge over younger, flashier pups by making her adoption fee a steal. That’s what Pet Haven, a group in Minnesota, did for Helen (pictured above), using Rachael Ray Save Them All grant funds to make her adoption fee just $20.18.

Multiply Helen’s story by the thousands, and you have an idea of how Rachael Ray Save Them All grants are making a difference in our push to make the entire country no-kill by 2025. The grants, given to Best Friends Network partners and made possible by The Rachael Ray Foundation™, help our partners fund adoption, community cat trap-neuter-return, transport, intake prevention and other programs that make it possible to save lives.

This year, Best Friends is giving out $1 million in Rachael Ray Save Them All grants to our partners to help a total of 20,000 animals.

Grants to save pets

Nikki Kelley, senior manager of network operations at Best Friends, says, “The priority for the Rachael Ray Save Them All grants is simple. We’re looking for projects that will directly reduce shelter deaths and help communities achieve no-kill.” When Pet Haven applied for grant funds that would make it possible for them to help nearly 130 dogs and cats who were overlooked for adoption, they received those funds. 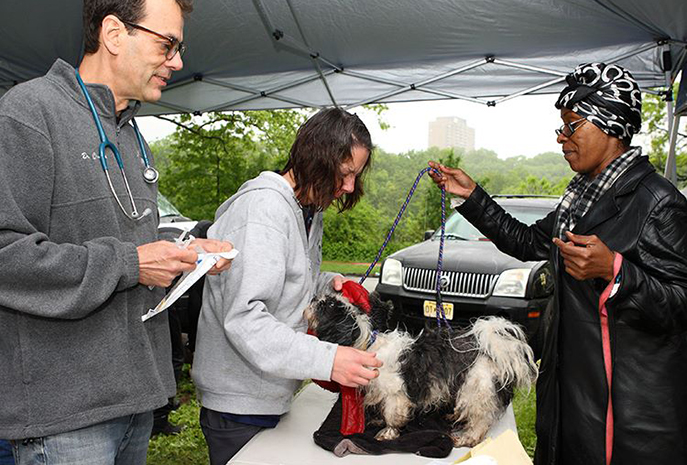 People for Animals, a partner organization in New Jersey, received funds to spay or neuter 280 dogs and cats, with the goal of reducing the number of puppies and kittens surrendered to the municipal shelter in Newark. It’s not the organization’s first grant from Best Friends, and one of the reasons it has been awarded funds multiple times is that, according to Linda Gage, Best Friends Network specialist, “They always surpass their goal.”

More than ever before, Best Friends is working closely with shelters across the country and giving out more grant funds to support them. “Grants provide a way for us to catalyze partners around our strategic plans region by region,” Nikki says. “Our teams have done a lot of work identifying where animals are dying, and through grants we are able to provide direct support to our priority communities and programs. They’re also a way to recognize innovations in lifesaving.”

An example of that innovation is Missouri’s Kansas City Pet Project (KCPP), which takes in more than 10,000 animals per year. Staff there noticed that when declawed cats end up in the shelter, they often are shy, have litter box issues, or show aversive behaviors such as biting. 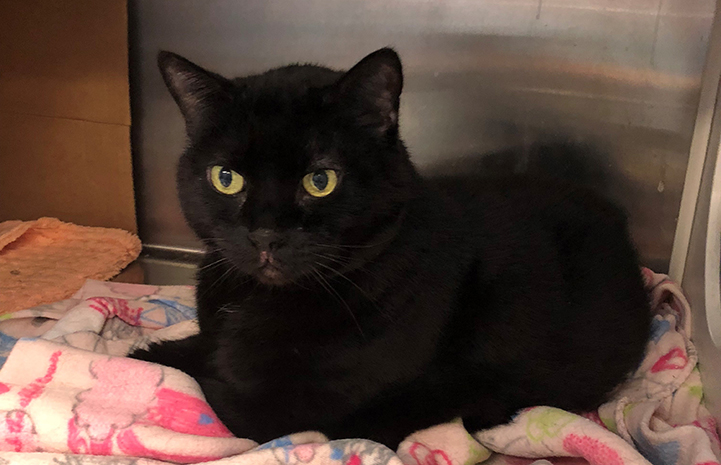 Cat declaw surgeries often leave bone fragments behind, causing the cats to be in constant pain, and it shows in their behavior. Not only does it result in people surrendering their cats for behavioral issues, it takes much longer for those cats to get adopted into new homes. So KCPP worked out a plan for them to have veterinarians clean up bad declawing surgeries and make the cats pain-free. A Rachael Ray Save Them All grant will help the shelter fund X-rays and treatment to give 150 cats relief from pain and increased potential for great new homes.

Back to Helen’s story: The sweet dog had been rescued after being abandoned outdoors in the middle of Minnesota’s harsh winter. She was so cold that it took two days at a vet clinic to get her warmed up. Once she had recuperated and was ready for a fresh start, Pet Haven had promoted her in every way possible, but she had been waiting for five months. It was the reduced adoption fee that gave her that final boost, and Helen found her forever home at last.

Sure, money can’t buy happiness, but a little funding goes a long way when it comes to saving them all.

About The Rachael Ray Foundation™

The Rachael Ray Foundation™ is funded by a portion of proceeds from each sale of Rachael's pet food, Nutrish®. Through March 2018, more than $27 million dollars have been donated to animal charities and other organizations that do good for animals. The funds are used for food, medical supplies, treatments, and more.

Photos courtesy of People for Animals