One Sanctuary newcomer became four when Fleury the goat had her babies, and they are cute as can be.
By Sarah Thornton

It’s not every day you spot a stray goat wandering the streets on her own, but Fleury’s appearance in a small Arizona town was not the only surprise she had in store for the world. With winter setting in and no home to be found, the lost goat was brought to Best Friends Animal Sanctuary, where she could be safe and get checked out by a veterinarian.

That’s when her second, plus her third and fourth surprises were spotted. Fleury was pregnant. Caregivers made sure the expectant momma was as healthy and comfy as possible, with plenty of good food for her and the developing kids, and in just a few months it was time to welcome them to the world. Neely, Ziggy and PJ were born on Valentine’s Day ― fitting for a bunch of little sweethearts.

Right from the start, the kids were full of energy ― running, bouncing and head-butting all over the place once they figured out how to use their feet. Because these were the first barnyard babies born at the Sanctuary in quite a while, everyone was instantly enamored by the tiny trio. Even their piggy neighbors were in love, with some ― Daisy in particular ― letting the kids quite literally climb all over her.

A month on and once they get started there’s no slowing these little goats down. From a bale of hay to a rock, to the back of their favorite porcine pal, they leap, hop and jump, leaving a trail of tiny hoofprints in their wake. All the while, doting Momma Fleury looks on, making sure the play stays safe. And she sometimes joins in herself.

These three still have a lot of growing to do, but there’s no rush. There are still plenty of adventures to be had around the Sanctuary before they set out on the biggest one of all: getting adopted to a new home. 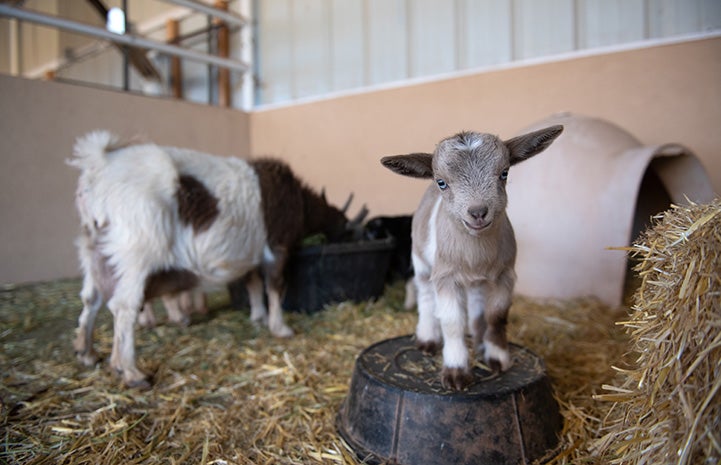 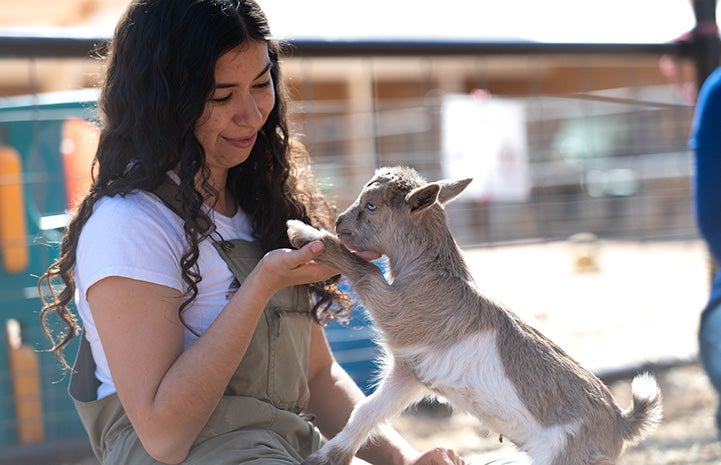 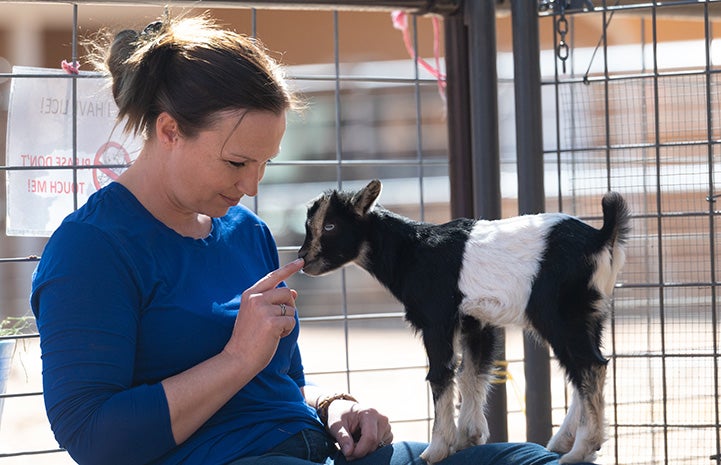 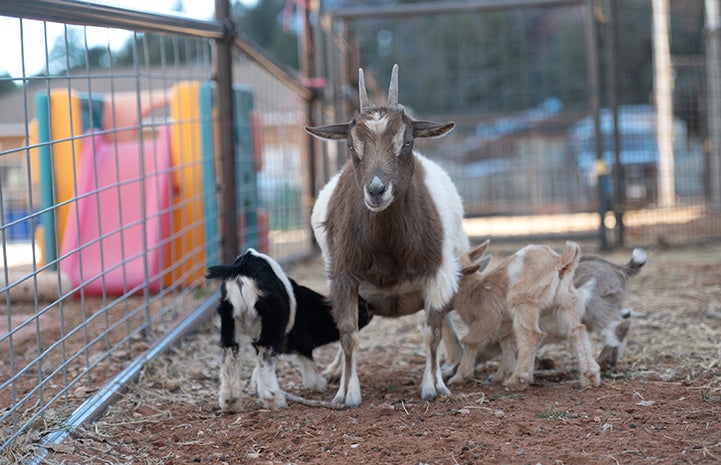 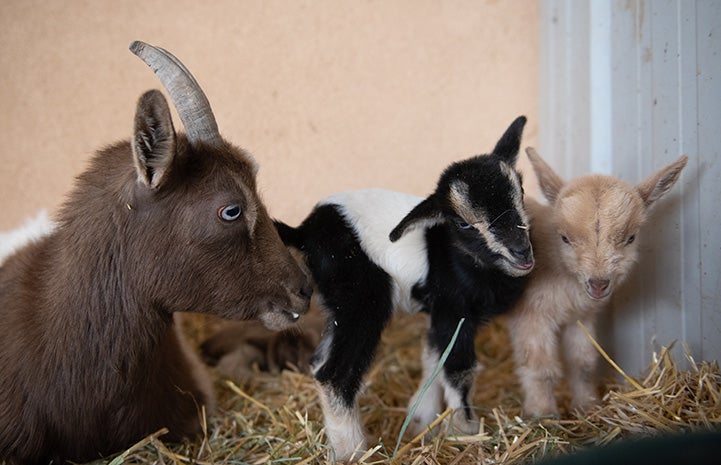 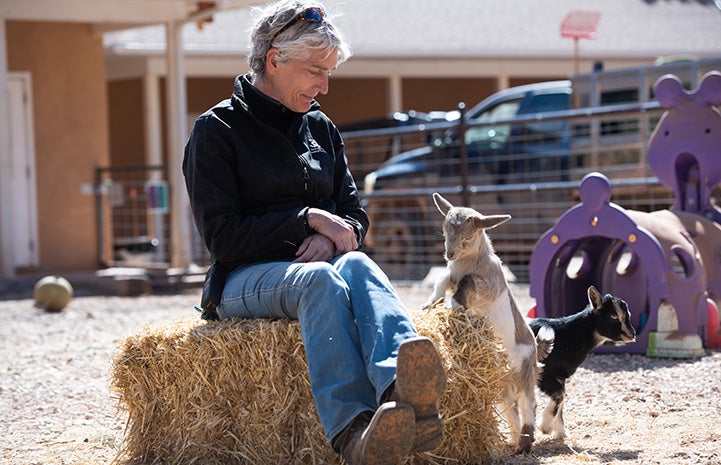 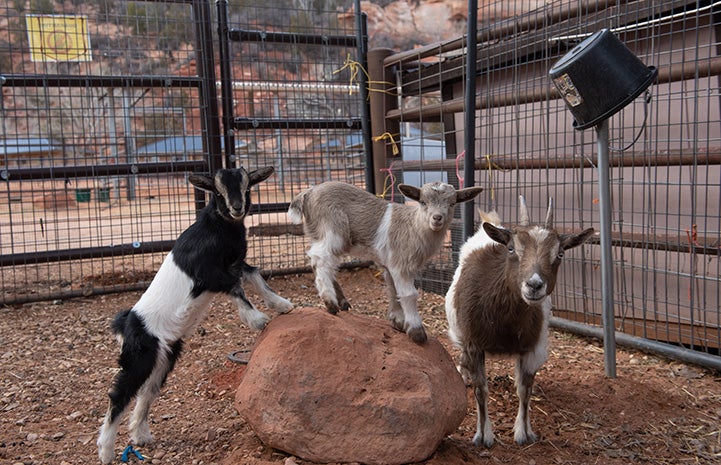 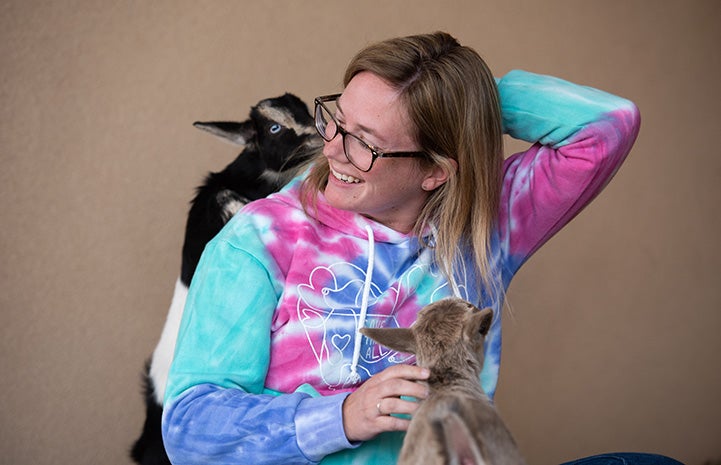 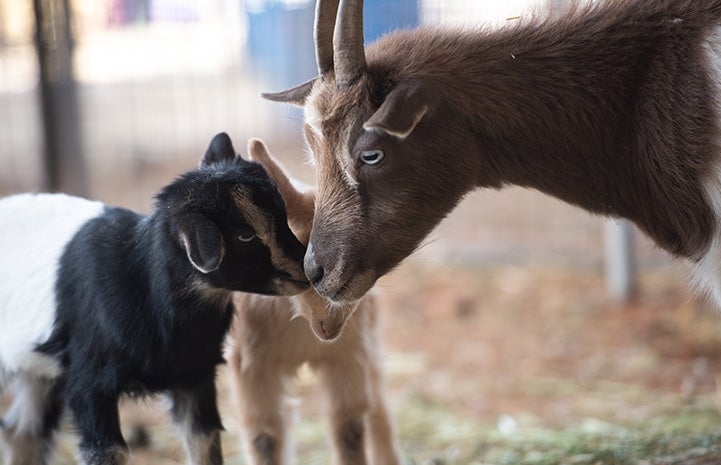 See more from Best Friends, where the animals rule

There’s always something fun happening with our furry and feathered friends. Keep up with the animals and never miss a video.