Meet a few of the birds, bunnies, snakes and squirrels saved this year at Best Friends Animal Sanctuary.
By Lauren Ross and Sarah Thornton

Wild Friends, Best Friends’ state and federally licensed wildlife rehabilitation center, has had a busy (and exciting) year. Rehabbers Corinne Blossfeld, Lauren Ross and Christopher Orpurt cared for and successfully released 114 wild animals, who had been injured or orphaned, ensuring that all those feathery, furry, scaly friends went on to live their best wild lives.

Each one has a story worth telling, but with so many, we could be here for quite a while telling them all. Instead, Lauren picked a few of our favorites from the last year, and here’s what she has to say.

1. Learning to walk before he can roadrunner 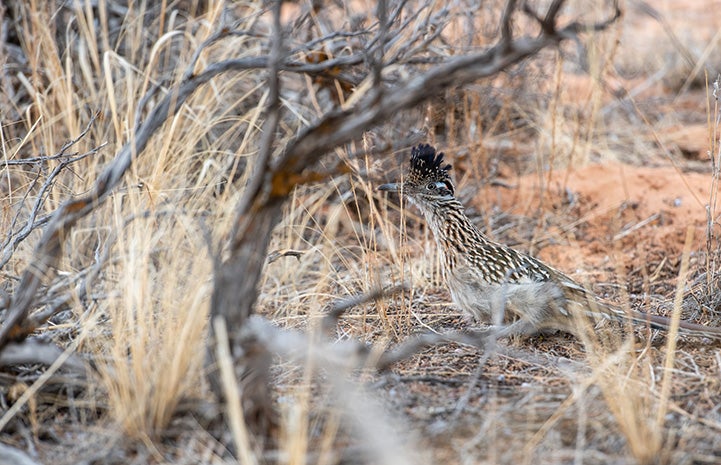 One of our favorite successes was the roadrunner who had extensive spinal damage after being hit by a car and was in our care for about six months relearning how to walk. His recovery was slow, but with time and treatment he began to regain his ability to move, and after spending about a month in an outside enclosure, he was able to run to freedom.

(Read more about the roadrunner’s story) Other favorite was a baby antelope ground squirrel (not to be confused with a chipmunk), who had a head tilt that caused him to run in circles. He recovered with some medication and was soon joined by his littermates. All five were able to be released together.

3. Hopping down the bunny trail 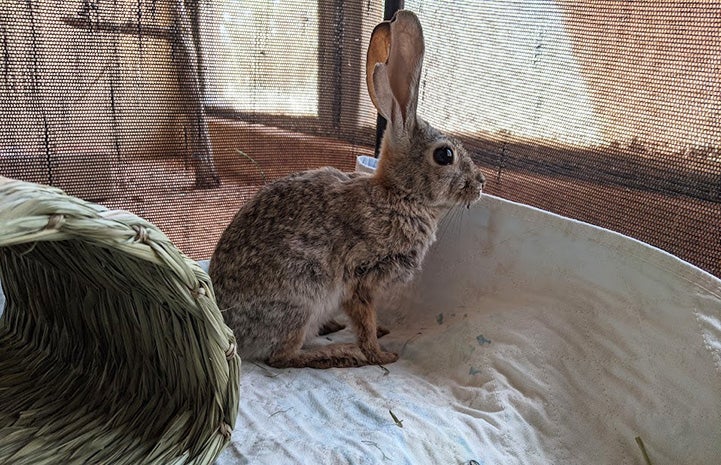 We also had a juvenile black-tailed jackrabbit who had been hit by a car and made a miraculous recovery. These animals stress easily and can be difficult in a rehab setting, so seeing him recover and eventually released was very rewarding. 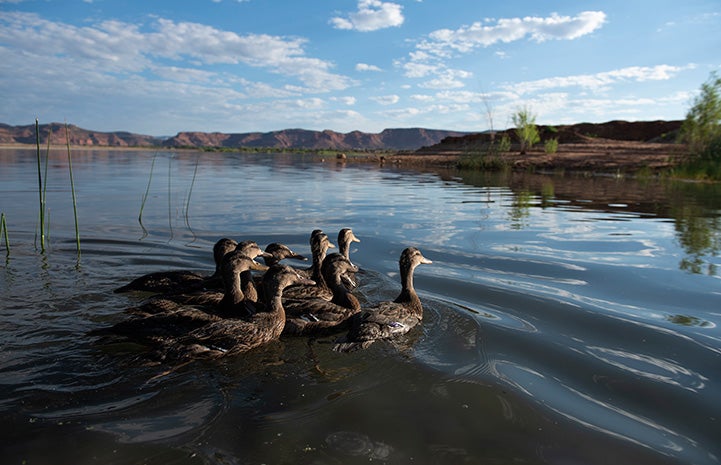 It is pretty rare for us to get baby ducks in at our rehab center, so when we got a single baby (whose family did not make it), we were worried he would become imprinted, which means he’d get attached to humans (which is bad if you’re wild). So we put in mirrors and wore a mask while feeding him. Just a few days later, however, we ended up with nine more ducklings who’d lost their mom. Together, we had no fear of them imprinting on us, and when we released them, they swarmed away without looking back. 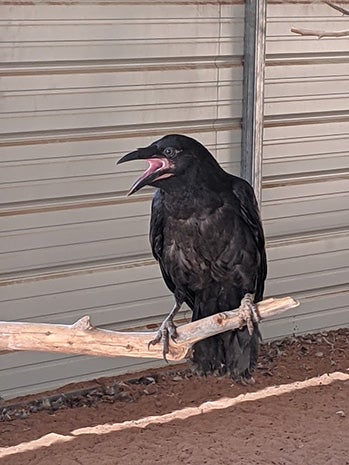 We had a raven-filled year with more than 10 fledglings brought in with some level of imprinting (too much handling by humans). But they became wild again very quickly after we made sure they were only in contact with their own kind. They’ve since been released into a conspiracy (which is what you call a group of ravens).

(Read more about the ravens’ story) 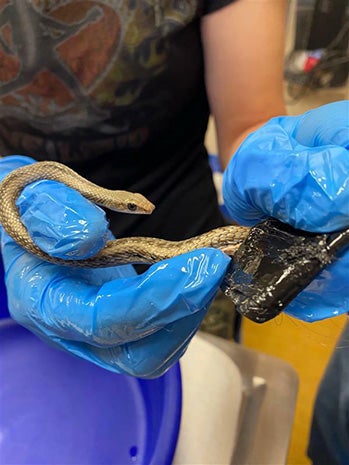 This western patch nose snake was brought to us after being found stuck to some discarded electrical tape. With the help of some special animal-safe adhesive remover, we were able to gently unstick the tape without hurting the snake. And after a short stay with us to make sure that there was no lasting damage, the snake was ready to be released. 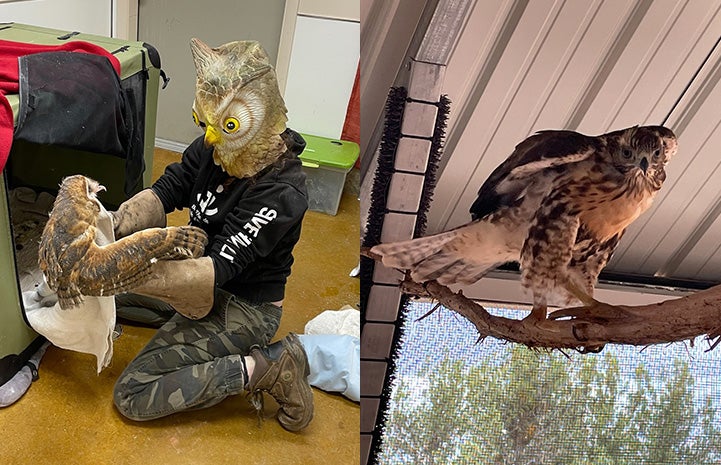 Getting our baby barn owl and baby red-tailed hawk released was also very rewarding, especially since the baby owl was the winner of our “feistiest patient of the year” award. We wore an owl mask to keep him from getting too attached to humans, but it did not stop him from screaming his banshee-like scream at us or from trying to attack every time he saw us. That's OK, though, because in wildlife rehabilitation, the feistier the patients, the better.

Watching any injured or orphaned animal recover and return to the wild is rewarding, whether it’s a tiny hummingbird or a huge golden eagle. Every animal gets our full care, and all of them touch our hearts. So getting to see them return to the wild where they belong is truly an amazing feeling.

By becoming a Best Friends member, you are helping even more animals — wild and otherwise — find their happy endings.