A dozen visits to Dogtown

Volunteering at Best Friends Animal Sanctuary was on Denny Erardi’s bucket list long before she traveled to southern Utah for the first time. One of her coworkers in the corporate finance world had visited Best Friends back in the 1980s and told her about the experience. At the time, Best Friends had not yet become the largest no-kill animal sanctuary in the U.S., as well as a leader in the national movement to bring the entire country to no-kill.

Denny liked what she heard and knew she wanted to be part of it; so, in 2014, she made her dream of visiting the Sanctuary a reality. And though she calls San Francisco home, she’s visited Best Friends at least a dozen times and plans to keep coming back at least three or four times a year. 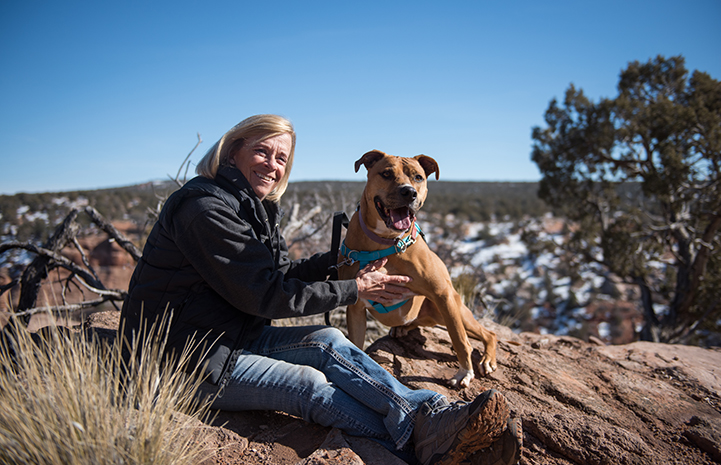 Finding a niche in Dogtown

During her first few visits, Denny volunteered in several different animal areas, including Cat World, Marshall’s Piggy Paradise and Wild Friends. While she had some memorable experiences (most notably, walking a pig), it was Dogtown where she found her niche.

Denny is an active person who’s played several sports on a semiprofessional level. She likes that volunteering in Dogtown gives her plenty of opportunities to keep moving while she’s on vacation. She loves taking dogs on outings around the Sanctuary and to the nearby Coral Pink Sand Dunes State Park. She also enjoys engaging them in canine sports, such as nose work. 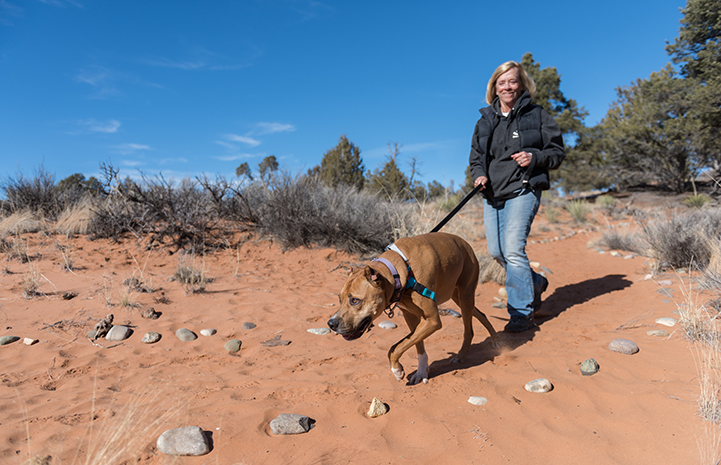 Since Denny has been around dogs all her life, she’s comfortable working with those trying to overcome challenges. She’s worked with a dog named Ledger, who has struggled with fearfulness and is still gaining confidence. She’ll often sit and read to dogs new to Best Friends who are just beginning to trust their caregivers or people in general.

Denny says it’s the one-on-one focus and seeing the progress dogs can make in such a short time that makes it all worth it. For example, she recalls reading to a shy dog during one volunteer shift who was unsure about her at first, but by the end of story time he was sitting right by her. 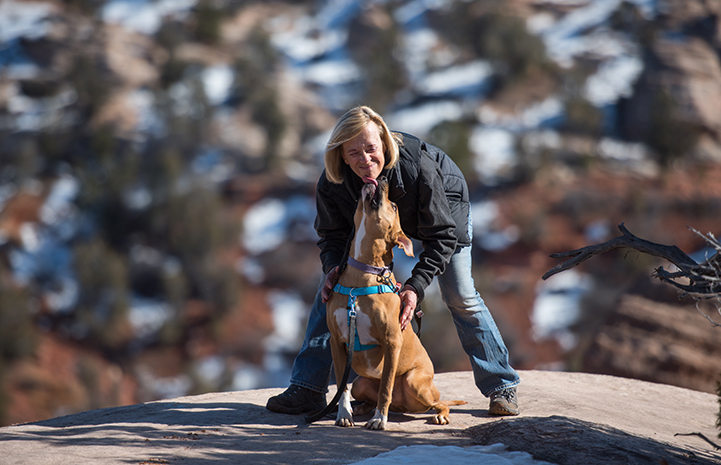 Outings and sleepovers with adoptable dogs

Denny has helped many dogs over the years, but she says there’s one who will always have a special place in her heart. His name is Harvey, and he’s her favorite. “He’s big and strong and seems like such a macho dude, but he is really a marshmallow.”

Although Denny had dreams of adopting Harvey herself, it wasn’t to be because he needs to be the only dog in a home, and Denny already has dogs of her own. But every time she visits, she takes him on outings and sleepovers, and makes sure to spend plenty of time with him. During her recent visit, which lasted for three wonderful weeks, Denny did some short-term fostering in addition to going on sleepovers with adoptable dogs.

Working to Save Them All

Even when she’s home in California, Harvey and Best Friends are never far from her mind. She often donates time helping Best Friends data specialists collect information from shelters across the country. The data is used to calculate shelter intake and save rates, as well as other statistics that highlight progress and identify areas of improvement on the road to no-kill 2025.

It was word-of-mouth that led Denny to Best Friends, and now, though her own volunteer experiences, she’s not only showing kindness to homeless pets, but also helping to spread the word about no-kill and, ultimately, about the effort to Save Them All. 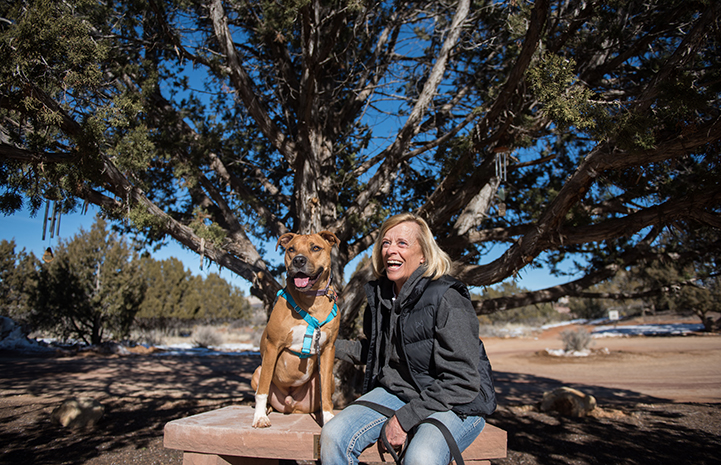