Image
With their days of long distance flight behind them, these 18 birds are finding love again.
By Sarah Thornton Photos by Molly Wald

Pigeons are excellent navigators. Among the smartest animals in the world, they have built-in mechanisms that help them find their way home over vast distances. It’s what in the past made them perfect messengers, even in times of war. And, unfortunately, it’s also what got pigeon racing started.

In a pigeon race, birds are taken from the finish line ― their home roost where they’ve been raised and cared for by humans ― to the starting point, sometimes even hundreds of miles away. Then they are released to fly back home as fast as possible. They are timed individually based on the distance traveled.

Unfortunately, not all the pigeons make it back to their finish lines. Some are blown off course or become tired or injured and have to land. Pigeons in that situation will often try to self-rescue by approaching nearby humans for help. The bands on their legs have contact information to get them back home, so it should be as simple as a phone call. But sometimes they’re left unclaimed. They couldn’t finish their race, and so they are no longer wanted.

[Barn owls rescued, nest and all, from accidental road trip]

Such was the case for 18 feathery new arrivals at Best Friends Animal Sanctuary. They each wound up at a nearby wildlife rehabilitation center after being rescued by concerned people, and later turned away by their contacts. But the rehab center is set up for the rehabilitation and eventual release of wild animals ― not the long-term housing and adoption of domestic pigeons. And while many of us are used to seeing pigeons perched everywhere in cities, these birds, raised by people, have no ability to survive in the wild.

So, in need of a safe place to land (where they could have another chance at finding loving families), these former racing pigeons were brought to the Sanctuary. 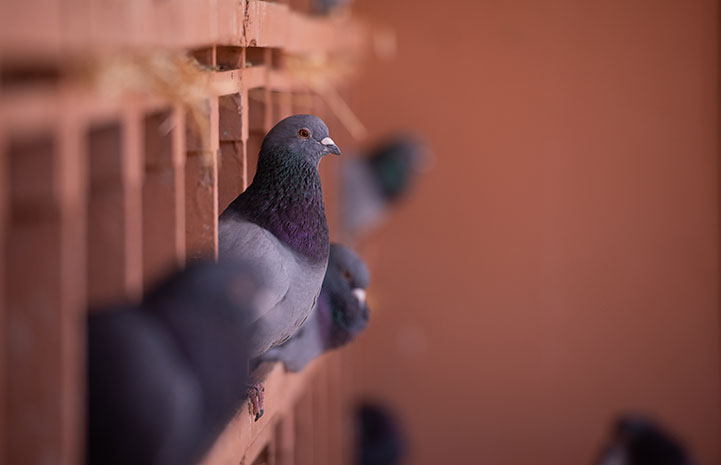 The pigeons needed new human families, yes, but they needed more than that. They craved pigeon friends. King, Spade, Hedwig, Elliot and all the rest previously had their own pigeon families. In fact, that’s what would have pushed them toward their finish lines.

“These birds bond for life,” says Brianna Vlach, supervisor at Wild Friends, Best Friends’ state and federally licensed wildlife rehabilitation center. “They’re about as monogamous as a bird species can be … (and) they are extremely devoted to their partners.” 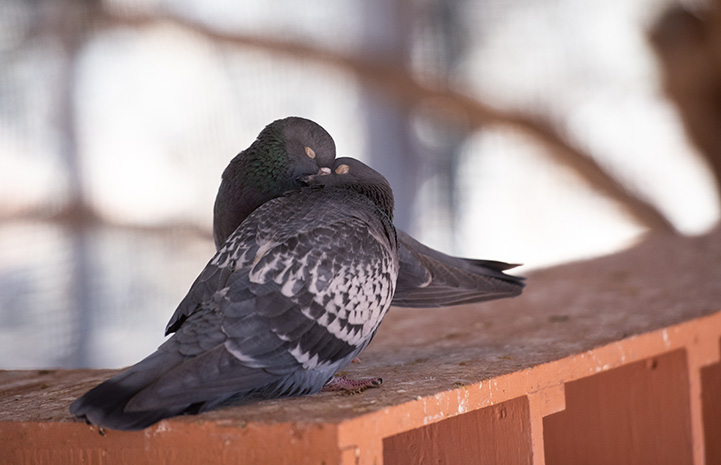 Before pigeons’ careers begin, they’re paired up and encouraged to raise a nest of babies. Then, a few days before a race, the pigeon pairs are separated, and just before the racers are taken to the starting point, they’re shown their partners again. This is what urges the racer back home ― wanting to be back with their families. It’s already stressful enough for those who do finish a race, but when a pigeon doesn’t make it back, they lose not only their homes but also their families.

Pigeon love can flourish anew, though. “If pigeons lose their partners, they will find new ones,” says Brianna. “A lot of them were with buddies at the rehab center, so they didn’t get lonely, and a lot of them have stuck with their buddy from there.” Others have found new partners from among birds already at the Sanctuary. King and Spade became inseparable, Elliot follows his new partner around like a lovesick puppy. And Hedwig found a charmingly speckled pigeon partner. In a flock that has grown to nearly 50, love finds a way.

[Personable pigeon with a unique beak]

“There will be a lot of me sitting out here and figuring out who has coupled up with whom,” Brianna says with a laugh. “It’s like a soap opera in here. It really is.”

These observations aren’t just for fun, either. Brianna and the rest of the staff are making sure that the birds don’t have to ever again go through the pain of separation. When pigeons are adopted and go to new homes, their partners go with them. 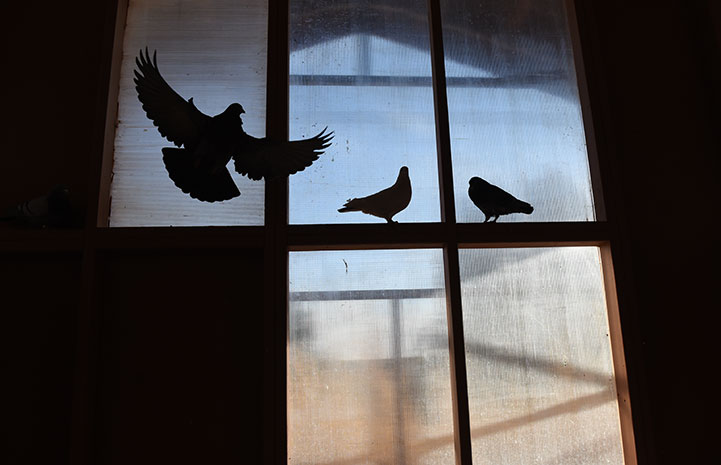 With their days of long-distance flights and separation behind them and new bonds forming, these intelligent, emotional birds are finally getting a much-deserved rest. There are plenty of nest boxes for pairs to pick from, easy-to-reach perches to climb on and flap between, and many new friends to play with. The ultimate goal for each of them, though, is a proper retirement into a new home all their own. 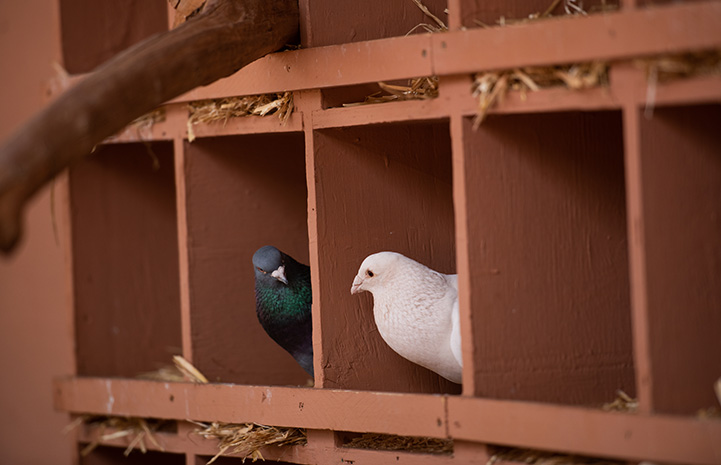 Just like they bond with each other, pigeons also form close connections with their people. Brianna remembers sending home a group of three birds that, in the larger group setting of the Sanctuary, had mostly kept to their feathery friends. “Within a month, (the adopter) sent me a picture of all three of them just perched on her arm. They form really strong bonds with their adopters. They get pretty snuggly once they know their people.”

These former racing pigeons, their new home goals ahead of them, are ready to spread their wings and take off once again (metaphorically, of course). But they’ll be just as happy to be carried comfortably to their new homes and save the flapping for recreation. 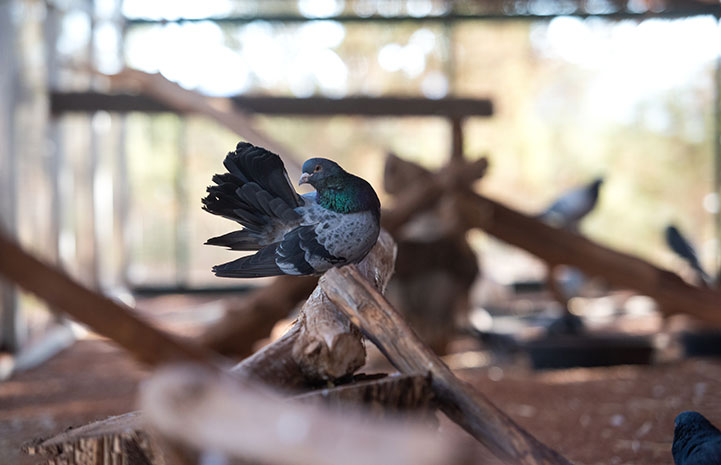 Find a flock of your own