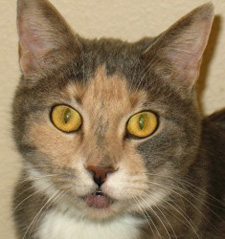 WCRAS does not adopt animals directly to the public, so the only route out of the animal control facility for homeless pets is through NHS or other rescues. The proposed code changes, which apply only to Washoe County, cover a range of issues from shelter access to trap/neuter/return (TNR). Combined with existing Washoe County protocols, the recommended changes would greatly benefit homeless pets while ensuring both public safety and appropriate care of rescued animals.

The reason the recommended code changes are even an issue is because a group posing as an animal welfare organization, Nevada’s People for Animal Welfare (NvPAW), is opposing the live-saving work of Bonney and Mitch and pressuring the County Commission to not support the code changes. NvPAW is one of a collection of emerging groups that pass themselves off as animal welfare organizations but promote the interests of commercial breeders, trappers, factory farms, animal researchers, exotic animal exhibitors and so on.

You have much to be proud of in Washoe County. The University of Nevada Wolf Pack football team had a great season and claimed a piece of the national spotlight.

On a more serious and life-saving note, the accomplishments of the Nevada Humane Society and Washoe County Regional Animal Services are the envy of animal lovers across the country, and I hope that you are equally proud of these two agencies and the respect and honor that their hard work has brought to your community.

I am a co-founder of Best Friends Animal Society, one of the three largest animal welfare organizations in the country, and I know that what has been achieved through the combined efforts of Bonney Brown and Mitch Schneider has grabbed the attention of the national humane community. I’m confident that your visitor count in these difficult economic times has been boosted by the many shelter managers, humane advocates and animal welfare professionals that have visited Reno to watch, listen and learn about the progressive approach to animal services and sheltering that is taking place in your county.

However, it has come to my attention that a small group of anti-animal welfare activists, posing in fact as animal advocates, is attempting to turn you against the work of NHS and WCRAS and a rare and successful public/private partnership. I trust that you will not be swayed by their rhetoric and deliberate denigration of a legitimate point of pride for your county.

The Bible says that “a Prophet is not without honor, except in his own hometown” (Mark 6:4). I hope that is not the case in Reno when it comes to the work of NHS and WCRAS and that you will give them the support that they need and deserve from the Commission.

Citizens of Washoe County - we urge you to lend your voice in support!

1.Go to the county website
2. Select all Commissioners to receive your request.
3. Enter you comments in the section  provided. Be courteous but be clear that you encourage the commission to support the code changes recommended by Washoe County Regional Animal Services and backed by Nevada Humane Society.