Prop B: What You Can Do Now in Your Neighborhood 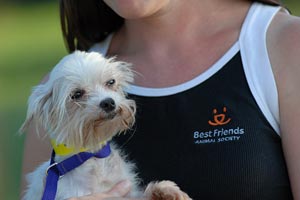 The passage of Prop B is a landmark event on many levels. If you followed the results or read any of the morning after reports you will know it was a nail-biter.  Early on in the evening it had fallen behind badly, but the returns from the urban centers of St. Louis and Kansas City were still to report. Julie and I, driving from the Sanctuary in Kanab to Los Angeles for the upcoming Super Adoption this Sunday, were getting moment by moment text message reports from Elizabeth Oreck, Best Friends’ National Campaign Manager for Puppies Aren’t Products, who was on the ground in Missouri. Slowly the tide changed as we received the returns…at one point the spread was 21 votes! It was what I would imagine waiting on telegrams from Western Union used to be like. It was a political thriller with a slim but decisive 51.6 percent to 48.4 percent victory. 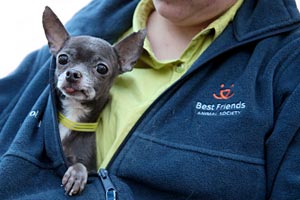 significant positive impact on dogs in Missouri and on shelters across the country that are burdened with pure-bred dogs from pet store sales that trace their origin back to Missouri (nearly 30% of America’s puppy mills are in Missouri). But let’s be clear, a puppy mill of any description is not okay, and represents an entirely different relationship to animals than yours or mine.  While there is much to celebrate in terms of lives that will be saved and puppies that won’t flood the market and real benefits to the poor dogs that remain in the mills, there is more to celebrate with regard to what the passage of Prop B represents: increased public consciousness and concern for pets.

Puppy mills, clustered as they are in rural, heavily agricultural parts of the country, have been essentially immune to public scrutiny, humane laws and regulation.  This time around though, something different happened…

The big story here is YOU.

Despite the horrors of puppy mills cycling in and out of public attention via media exposés generated by humane organizations since the 1970’s, there has been little positive change. Puppy mill numbers continued to grow, mill conditions remained unchanged and puppy store and online sales proliferated. 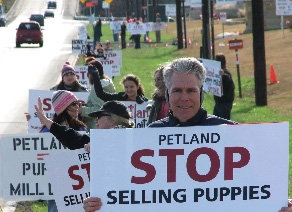 This time around, you wouldn’t let the issue be pushed to the back burner.  Thousands of volunteers across the country mobilized for peaceful protests in front of their neighborhood pet store, highlighting the link between pet stores and puppy mills. Peaceful protests have become increasingly mainstream thanks to the legions of regular folks who are morally offended by the institutional cruelty that puppy mills represent and the killing taking place in local shelters to which the mills contribute.

You wouldn’t let the issue die. You stood in front of pet stores, you converted dozens of pet stores to humane pet stores (which now offer rescue animals), you pitched local media, you talked up the issues and created a national mood for change.  The first fruit of that combined effort is the passage of Prop B in an election year that otherwise saw a tidal wave against government regulation. Without you, the volunteers who gathered signatures to get the measure on the ballot, none of this would have happened. 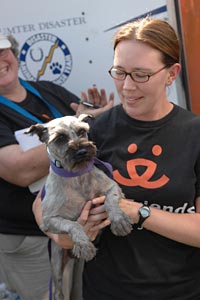 We are cheering and we have much to celebrate but we know there is so much yet to be done. Lets keep up the momentum.  To find out how you can continue to create change in your neighborhood and to help bring an end to the abuses of puppy mills visit Best Friends Puppies Aren’t Products  campaign site. (For a downloadable action kit on how to start your own peaceful pet store protest, click here)

The passage of Proposition B by Missouri voters is very good news and this is real change. Puppy mills in that state will be held to more humane and enforceable standards and Best Friends Animal Society is proud to have been a partner in moving this measure forward as a member of Missourians for the Protection of Dogs / Yes! on Prop B, along with the Humane Society of  the United States, the ASPCA, the Humane Society of Missouri, and the Missouri Alliance for Animal Legislation.