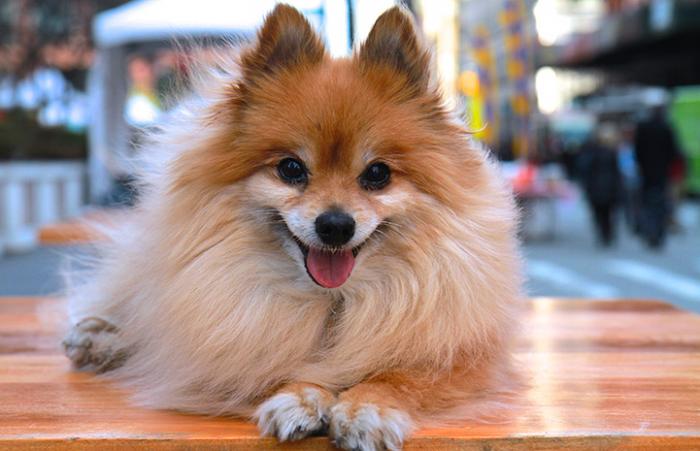 First they got ready for new homes. Now, they’re ready for their close-ups. We’re talking about pets who were adopted from Best Friends and our No More Homeless Pets Network partners, who now have their very own Instagram pages created by their adopters. Because if there’s one thing adopted pets have in spades, it’s star quality.

All of these pets lost their homes and ended up in a shelter, but now they’re living the good life with proud parents who make all our lives a little brighter by sharing their adventures online. Here are a few of our favorites.

Rey, named after the Star Wars heroine, was just a kitten when she was adopted by Jenni Colborn and her husband from the Best Friends Pet Adoption Center in Salt Lake City. It wasn’t long after they brought her home that they noticed she looked as though she had a smile on her fluffy orange face. They started sharing photos of Rey on Instagram soon after they brought her home, and photos of the smiling kitten went viral. In fact, you could say she’s grown up on Instagram.

Today, Rey is followed by nearly 16,000 people treated to pictures of Rey relaxing with her housemates, sitting pretty at the vet or curled up on the couch ― often with a smile on her face.

Nicolas, a senior Pomeranian, was found on the street in Queens and brought to Animal Care Centers of NYC (ACC) around Christmas time when he was about six years old. Soon after arriving at ACC, he went to Louie’s Legacy, where he eventually met Jim, who brought him home.

Jim spends his days behind a camera for NBC, so it’s only natural that he’d create an Instagram page for Nicholas. (He has a Facebook, page, too).

Today Nicholas is a man-about-town who can be seen all over New York City, posing in front of NYPD police cars, or in the fallen leaves at a local park. Nicholas packs his smile everywhere he goes, and adopter Jim Kiernan shares it all on Instagram.

And who couldn’t use more happiness?

Brittany Sorgenstein, who works with dogs at the Best Friends Pet Adoption and Spay/Neuter Center[n8]  in Los Angeles, also enjoys fostering pets from the center. Best of all, she shares their adventures on Instagram.

Brittany got her Instagram inspiration from her first foster dog Ringo, a pit bull terrier mix who was having a difficult time adjusting after he arrived at the adoption center. When anyone approached him, he’d bark until they walked away. That wasn’t helping him get adopted.

Brittany saw that underneath Ringo’s intimidating exterior, he was gentle and loving. She thought he might act differently in a home where he could relax, and his true personality could really shine. It worked. Not only did Ringo do much better in her home, the new information about his true personality helped him land a new home.

Porkchop was adopted in 2015 from Best Friends in New York after a couple spotted his photo in the pages of Time Out New York. Now he enjoys life with them all over the Big Apple.

The pint-size pit bull terrier mix with one ear that stands proudly while the other one flops, even got to go on national TV last fall to promote Strut Your Mutt. And he loves attending all kinds of Best Friends events in New York that his adopters often document on Instagram. But mostly, Porkchop is captured catching some shut-eye on the couch. Can you blame him? Life in the big city can be exhausting.

Sweet Cheeks and his girlfriend Prince (named in honor of the artist) are debunking myths about FIV in cats ― one Instagram post at a time. Both cats were adopted from the Best Friends Pet Adoption and Spay/Neuter Center in Los Angeles. Both have FIV, but that doesn’t stop them from being just as sweet, funny, adorable and unique as any other cats. If big orange tabby cats with tattered ears melt your heart, Sweet Cheeks’ page is for you.

If you need a reminder that life gets better with age, check out Zizou’s Instagram page. This little 10-year-old was adopted about a year ago (just before Atlanta Pet Rescue and Adoption became Best Friends in Atlanta), after she found herself at a nearby animal control shelter. Her adopters brought her home and have enjoyed sharing the tiny, curly-haired dog’s adventures ― from the beach to ice cream shops to cuddles from everyone she meets. The sweet little dog has quickly risen from a low point to a life filled with love from people she meets in person and from her adoring fans online.

Find your own Instagram-worthy pet to adopt

Photos courtesy of their adopters