Meet the underdogs who are heroes for homeless pets

Image
Animal shelter employees are unsung heroes dedicated to the dogs and cats in their care, but they often receive little compensation or thanks.
By Cimeron Morrissey

You’ve probably never heard of Luis Quintanilla, which means that you don’t know about the numerous times he’s driven through severe Texas thunderstorms on flooded freeways to transport dogs and cats to rescue groups. This is a guy who has a law degree, but he decided that helping animals is his true calling.

You’ve probably never heard of Carrie Gipson either. She’s an energetic mom of two who takes her kids out with her on trap-neuter-return projects. She runs the community cat program for Broward County Animal Care and Adoption Center. And you’ve probably never heard of Spencer Conover, whose innovative programs for Pasco County Animal Services are helping Land O’ Lakes, Florida, become a no-kill community.

Luis, Carrie and Spencer are animal shelter employees, and just like countless other shelter workers across America, they’re virtually invisible to most of us. Shelter staff face the daunting challenge of saving and caring for thousands upon thousands of surrendered, abandoned and rescued pets on shoestring budgets. 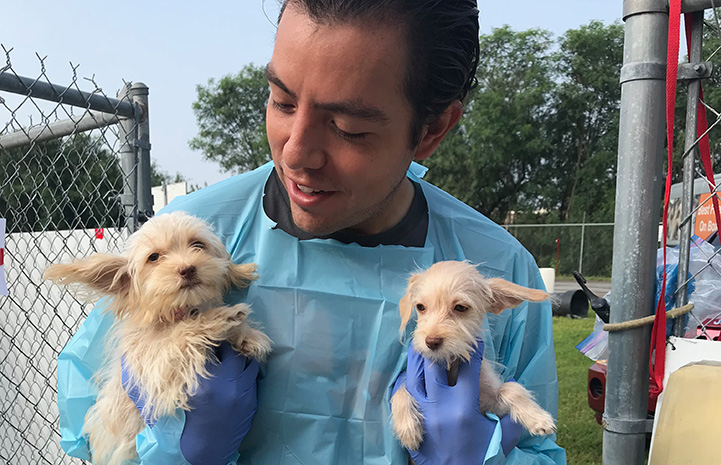 The dedication of shelter workers

If we can recognize the dedication of shelter workers and the challenging realities of their jobs, perhaps they would finally be appreciated for who they truly are: unsung heroes. Heroes who save more animals in a month — or a week or even a single day — than most of us will save in a lifetime. And maybe we would then realize that they can’t do this alone. They need community support and our help to save shelter animals and to achieve their no-kill goals.

“My whole life is Palm Valley Animal Center,” says Luis of the shelter in Edinburg, Texas, where he has worked for the past year. The facility takes in around 30,000 animals annually and, until recently, less than a third were making it out alive. But in the first few months of 2019, the save rate jumped to more than 60 percent. “We can’t save them all today, but we will someday,” says Luis, his voice quivering but filled with hope and determination.

As an open admissions shelter, Palm Valley Animal Center is required to take in all animals surrendered there, even if the facility is full or they’re shorthanded. “My co-workers are amazing people pushing hard to save lives. We’re always broke and exhausted. We scrub kennels in 100-degree heat. We sit on buckets when our office chairs break. But it’s our entire life helping these animals and we belong here,” Luis says. 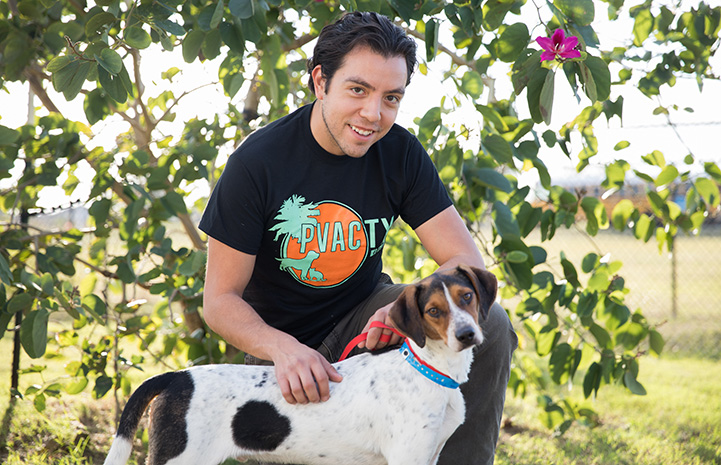 Shelters around the U.S. may differ in various aspects, but the challenges that their employees face are similar. While it’s tough admitting whimpering dogs and soothing frightened cats, there are also innumerable moments of happiness when the animals leave in the loving arms of their new adopters or foster families. Sadly, however, at many shelters, more pets are being dropped off than taken home.

“Every animal shelter I go to, I meet incredible people who care so much about the animals and do everything in their power to help them, even making personal sacrifices like working on their days off,” says Michelle Logan. As the senior manager of national shelter outreach for Best Friends, she works with shelters throughout the country to offer lifesaving solutions.

She has noticed that most are understaffed and underfunded, making the staff’s work even more overwhelming. “Shelter employees do backbreaking work that takes a physical and an emotional toll, and they remain dedicated to helping the animals,” Michelle says. “And yet they’re criticized. People think they’re never doing enough.”

It may be hard for some to shake the memory of how municipal animal control agencies used to operate — fulfilling their public health and safety responsibilities mostly by catching and killing stray animals. However, today’s shelters have evolved, striving to provide humane care to the animals under their roofs while also finding ways to help them leave alive.

“Oftentimes, the reason why animals are dying in shelters is because the shelters need help,” says Holly Sizemore, Best Friends’ chief mission officer. If a facility doesn’t have the money to treat a dog with heartworm, or is over capacity and lacks space to accommodate an influx of surrendered animals, the staff have to make difficult and sometimes heartbreaking decisions.

The last resort — ending the lives of pets to make room for incoming animals — fills shelter employees with such dread that many often tremble and cry when they take a dog with a wagging tail on her final walk down the corridor.

No one should have to make that painful decision, and they won’t have to if the public helps. 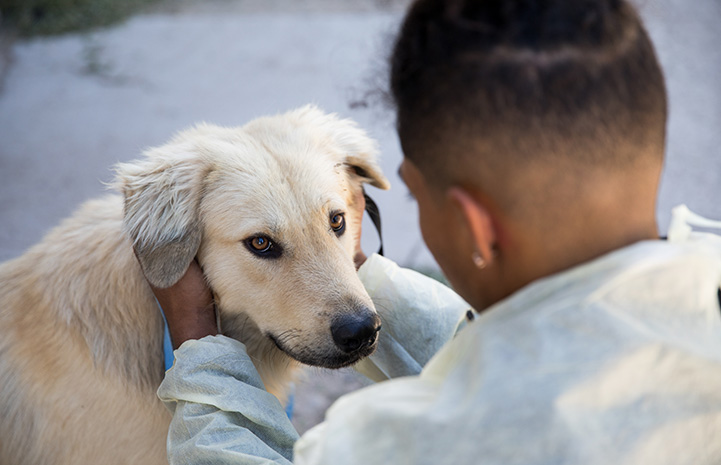 “It’s unproductive, hurtful and unfair to demonize shelters and shelter employees. We must demand better of our communities — not just the shelter, but the whole community — and be part of the solution ourselves,” Holly says.

While community involvement is crucial for saving lives (more on that later), specific expertise and targeted resources are sometimes needed to help organizations overcome stubborn barriers to becoming no-kill. That’s where Best Friends comes in. Through its shelter outreach program, Best Friends offers guidance to identify gaps in lifesaving and recommend programs and changes to close them.

Over the past couple of years, the effort has grown into a multi-faceted menu of assessment, training, resources, grants and hands-on assistance for partners.

With its groundbreaking embedding program, Best Friends has broadened the approach by placing experienced Best Friends staffers in long-term, but temporary, leadership positions. They have been working alongside their partners at Palm Valley Animal Center, where Luis works, and at Houston’s Harris County Animal Shelter. The two Texas shelters have some of the highest rates of animal intake per capita in the U.S. and face some of the toughest challenges.

Best Friends’ efforts are rapidly helping to improve operations and launch new programs. They’re also providing support and a morale boost to the hardworking shelter staff, who are often stretched so thin that they don’t have the time to research lifesaving initiatives or implement them. Heck, for the most part, these people barely have time to eat lunch.

The embedding program has already helped to save thousands of pets. In 2018, Palm Valley Animal Center saved 5,600 more dogs and cats than the year before. And Harris County Animal Shelter reached save rates of 89 percent for dogs and 84 percent for cats by the end of last year. 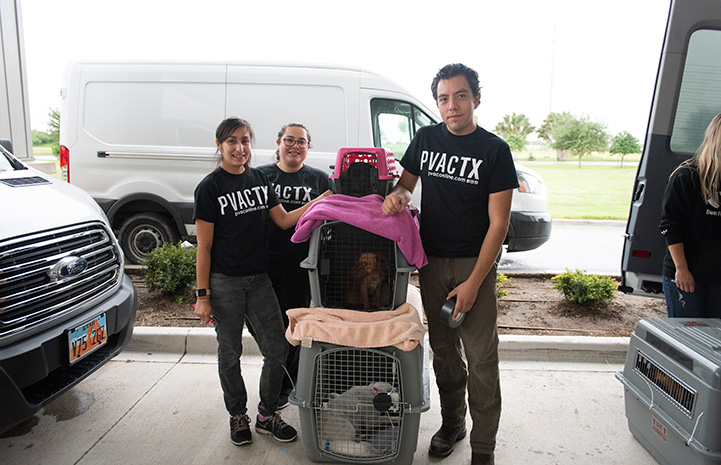 It’s more than just the animals who are being helped. “We’re giving the staff hope and helping them find solutions. They know we’re here to support them,” says Amy Kohlbecker, who recently served as Best Friends’ manager of lifesaving shelter operations. In her role, she helped Harris County Animal Shelter develop direct paths to saving lives so they don’t have to kill animals to make room for more. That support helps motivate shelter staff to keep up their tireless work and develop solutions.

“Just like Palm Valley Animal Center itself, it feels as though we are all held together by zip ties and duct tape, holding on for dear life in the hope that someone will hear our story and join us in our fight against the seemingly insurmountable,” says Luis. “We had nearly given up on believing any relief was ever going to arrive, but now with Best Friends here, we feel, perhaps for the first time ever, that there is hope for our animals — and for ourselves.”

That seed of hope starts to sprout when the staff see animals adopted who would have been killed in the past. Amy recalls a 2018 adoption event that resulted in 545 pets going home in five days, a proud and extremely happy accomplishment for the staff at Harris County Animal Shelter.

“For the most part, they’re running in place since the animals come in so fast,” says Amy, noting that in 2018, an average of 58 animals were taken in daily. “Those 545 adoptions gave the shelter workers a bit of relief so they could focus on finding more lifesaving strategies, and take a breath before the kennels got full again.”

Rooting for the underdogs

While optimism reigns, at the end of the day, shelters need more relief to save more lives — and that’s where all of us come in. Just about anyone can do something to give shelter staff the breathing room they need. Here are some ideas: Donate a wish list item, volunteer to take dogs for walks, foster kittens for a couple weeks, share social media posts about adoptable shelter pets. Each small act can help save lives, and remind shelter employees that they are not alone.

“Homeless animals are the community’s responsibility, and the only way we’ll be able to make a dent is if the whole community steps up,” Amy says. She goes on to suggest that we can help staffers on a personal level, too, such as by thanking them or dropping off lunch.

Another powerful way to show support and save pets’ lives is by being open-minded and solutions-oriented when talking with shelter staff. Spencer, the assistant director of Pasco County Animal Services, says: “When the community trusts their local animal shelter, they can work together. When everyone is working together, you start advocacy and change and grow, and then you can see that collective effort equate to more lives saved.” 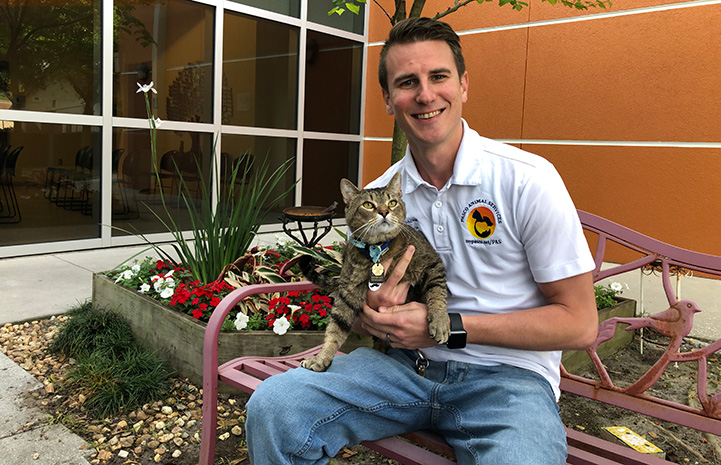 You can help encourage your community to work with your local shelter by sharing your appreciation for them on social media and in the press, persuading people to participate in their programs and defending them when they’re unfairly disparaged. “They’re pouring their hearts and souls into their work, trying to get to no-kill, and when they are vilified, it’s terribly demoralizing,” says Michelle. It takes under a minute to suggest to a critic that lending a hand saves more lives than pointing a finger.

Every bit of support goes a long way. “It’s amazing how exciting a box of donated doughnuts can be,” says Luis with a laugh. Sugary snacks aside, what he’d love more than anything is for people to just visit the shelter. “Come volunteer, spend time with us, hear our stories. That’s the most important thing: Just be here at the shelter and help the dogs and cats who need you.”