The Compassionate Care-A-Van for animals

Charlottesville-Albemarle SPCA transports dogs and cats affected by Hurricanes Harvey and Irma to Virginia to be fostered or adopted.
By Nicole Hamilton

Bryce’s life began about two months ago in Texas, where the tiny puppy was found on the streets with his brother Brighton. Limping along on a bad leg, Bryce needed veterinary care. The two were brought to BARC, Houston’s municipal shelter, and they soon found foster homes through Rescued Pets Movement (RPM), a group that helps pets in the area.

Both organizations are Best Friends Network partners, and their collaboration is an example of how lives are saved when groups work together. With RPM’s help, Bryce could get the medical care he needed, and the two could find loving homes. But that plan changed when Hurricane Harvey hit.

RPM finds foster homes for hundreds of BARC’s animals and also helps transport them to rescue groups in Colorado and other states, where they have a better chance of getting adopted. It’s a big job, and suddenly RPM was in need of help.

The hurricane caused so much damage that the airport was closed and transport to Colorado shelters was impossible. Many of RPM’s foster homes were flooded, which meant new homes would have to be found for several cats and dogs, including Bryce and Brighton.

That’s when the Charlottesville-Albemarle SPCA, a Best Friends Network partner organization in Virginia, learned of the situation and offered to transport and find homes for several of RPM’s animals and called their lifesaving mission the “Compassionate Care-A-Van.”

Nearly 70 cats and dogs from BARC were transported from RPM foster homes to the Charlottesville-Albemarle SPCA. And within weeks of arriving in Virginia, many of them have already been adopted and the rest are safe at the shelter or in foster homes.

This is how Bryce became known as the “greatest houseguest ever” at an apartment on the University of Virginia (UVA) campus. Today, Bryce is safe and sound in his foster home, where he has 12 foster moms — all of them UVA students, who fall in love with him a little more every day. 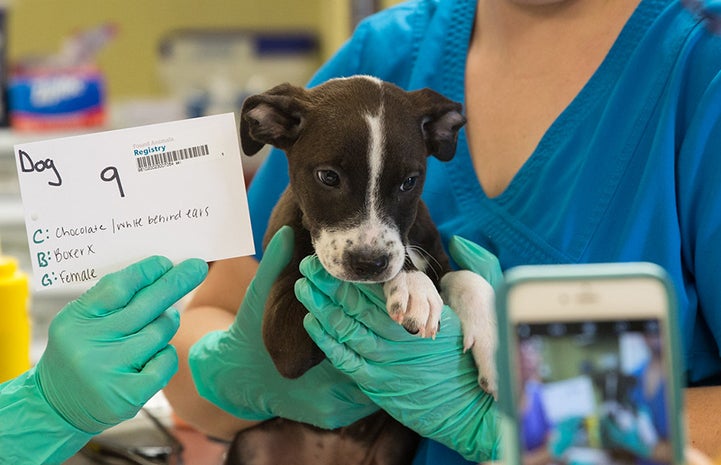 Angie Gunter, executive director of the Charlottesville-Albemarle SPCA, says that when her group heard about RPM’s need, there was no question they’d step up to help as quickly as possible. Harvey had brought so much rain to Houston that shelters and homes were flooding quickly, and if lives were to be saved, time was of the essence.

"Helping save the lives of animals in Houston was something we felt extremely important,” says Angie. “We want to continue working with RPM and BARC as well as other shelters and Best Friends network partners to continue this lifesaving work."

Many of the animals transported on the Compassionate Care-A-Van had special needs, had been in foster homes for some time, and were more than ready for life in a loving home. In Charlottesville, there was a good chance people would step up to adopt or foster animals affected by the storm.

Cindy Perini, co-founder of RPM, said it was a huge relief to learn that the Compassionate Care-A-Van was headed her way. “So many parts of Houston were still underwater and shelters were overburdened. Charlottesville stepping in was literally a lifesaver.”

As it turns out, the road trip wasn’t quite finished, because Hurricane Irma threatened animal shelters in Florida and Georgia. When those piloting the Compassionate Care-A-Van learned that LifeLine Animal Project (also a member of the Best Friends Network) needed help, they turned the steering wheel and headed back east. 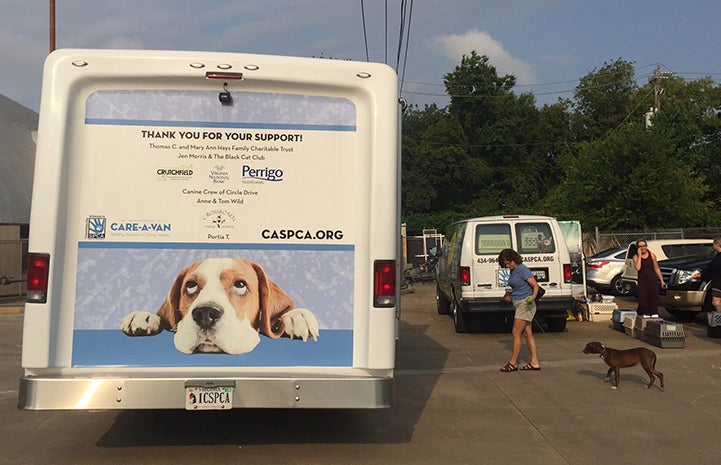 With torrential rains and strong winds forecasted for Georgia, the folks at LifeLine started making plans to transport animals away from the shelter they manage (Fulton County Animal Services) to make space for pets that would surely be displaced by the storm. They also were concerned that the shelter itself might be damaged.

“They (Charlottesville-Albemarle SPCA) were a huge help to us,” says Audrey Shoemaker, manager of placement services at LifeLine, who also breathed a sigh of relief when she learned help was on the way. “It was such a stressful situation, but watching everyone come together for our pets made it also very inspiring.”

The Charlottesville-Albemarle SPCA was able to take every one of the shelter’s 41 adoptable cats, as well as five dogs, creating more space for more storm-displaced animals. 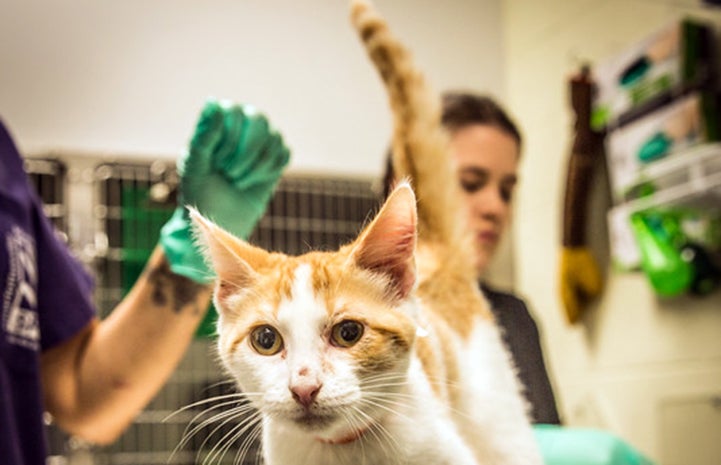 The floodwaters may be subsiding, but that doesn’t mean the Charlottesville-Albemarle SPCA will be hanging up the keys to the Compassionate Care-A-Van anytime soon.

The storms brought tough challenges to animal rescue groups, but responses to the emergency created lasting partnerships — the kind that will bring the country to no-kill by 2025. “We want our partnerships in Houston and Atlanta to continue,” says Angie. “This is only the beginning of what we can do together for our animals.” 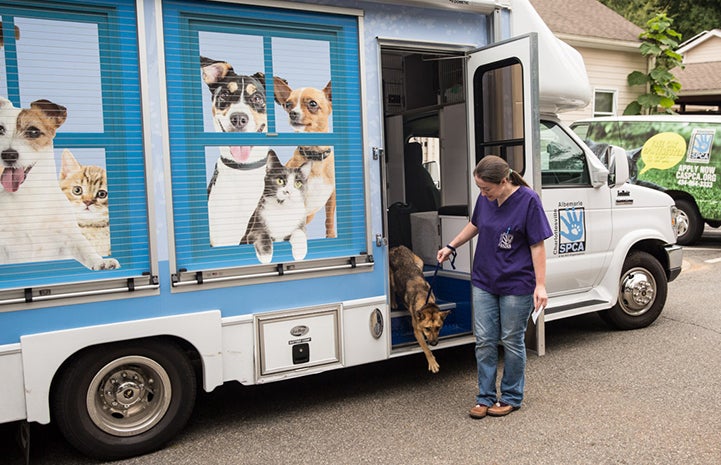