A long-time foster volunteer yields to temptation and adopts a senior dachshund with special needs.
By Peggy Race

There are many real-life heroes in the world of animal rescue. Ranko Fukuda just happens to be one of them. Since becoming a foster volunteer with Best Friends in Los Angeles, Ranko has focused her efforts on caring for and finding loving homes for the pets in her care. She even created her own Instagram page to showcase the 26 dogs and 100-plus kittens she has fostered at her home, which is nicknamed “Camp Ranko.”

For Ranko, seniors and pets with special needs such as orphaned kittens tug the hardest at her heartstrings.

“Ranko not only fosters our neonatal kittens and medical dogs, but also volunteers overnight in our nursery and is one of our amazing foster mentors,” says Carina Haro, Best Friends supervisor. “We don’t know what we would do without her.” 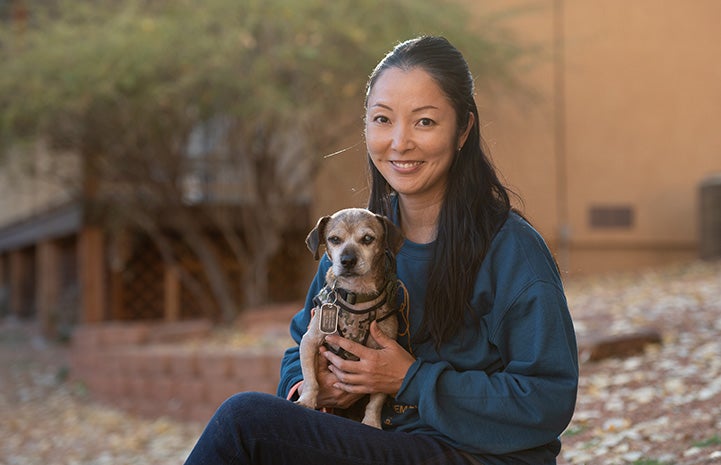 Whether it’s cuddling a bottle-fed kitten or nursing a sick dog back to health, Ranko has repeatedly defied temptation to adopt a pet she’s cared for ― that is, until her 25th foster dog, a 10-year-old dachshund mix, unexpectedly entered the picture.

When Soba, a pint-size brown dog with a graying muzzle arrived at Best Friends from Inland Valley Humane Society, caregivers knew the warm, loving environment of a foster home would help soothe his ailments. After all, his cute puppy-like eyes came riddled with cataracts, likely caused by his diabetes.

With a house filled with two other foster dogs, foster kittens and an adopted cat named Jazz, adding a third foster dog to the mix was not part of Ranko’s plans, especially since Soba required insulin shots.

“I became queasy just thinking about needles and insulin shots,” says Ranko. “I kept saying no.” But caregivers weren’t about to let Soba fly under Ranko’s radar and soon she agreed to check him out. “I met him and I caved immediately,” she says. “He needed to be in a home to continue his recovery and I decided to conquer my fear of needles.”

Thus, a new chapter opened for both of them. Ranko admits the first few weeks were confusing. While Ranko developed a feeding and insulin schedule and became proficient at glucose monitoring, Soba struggled with bouts of separation anxiety when left alone. The small dog packed a wallop of a bark and as soon as Ranko left to care for neonatal kittens, his nighttime slumber became a barking frenzy.

It wasn’t long before Ranko set up an appointment with the Best Friends dog team to help address Soba’s anxiety issues, but within a month, there was a new turn of events. Soba lost his eyesight. Suddenly, he became less anxious and more tuned to the noises of the world. As Ranko theorizes, “He suddenly needed to rely on his hearing to orient himself, so barking no longer helped him.” 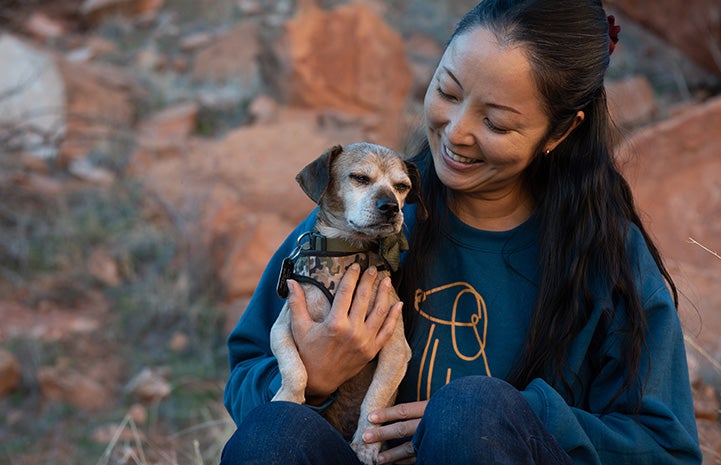 While Soba familiarized himself to life without eyesight, his curiosity and his resilience inspired Ranko. “He is not scared to go on walks and when he walks into a wall, he just turns and keeps going.” Whatever direction he turned, his bouncy-trouncy attitude zigzagged right into Ranko’s heart.

[8 reasons to adopt a senior pet]

“My dog Tucker passed away a year ago and I knew I had space to adopt a dog,” says Ranko. “The reason I chose him is quite simple. When he came to Camp Ranko three months ago, he was able to see. He chased Jazz and the kitten around and I thought, uh oh, this isn’t going to work. Then he went blind a month later. I realized Soba would do best by staying in this home and in a familiar neighborhood. So, we made it official. And Jazz approved.”

The adoption was exactly what Soba needed, especially since he received a diagnosis of Cushing’s disease shortly after the adoption. Fortunately, Soba’s diabetes and Cushing’s disease can be managed with medication, and Ranko is hopeful she will share a few more good years with him. 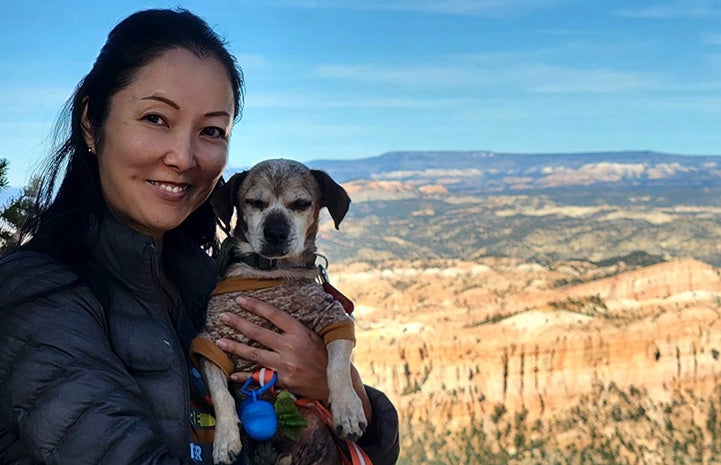 Mixing it up: the secret to fostering success

Ranko’s secret to fostering success is to take in senior dogs as well as young kittens. “It’s a winning combination,” she says. “They get along well and can share space well.”

Although Soba may have been the first foster pet Ranko chose to adopt, that’s not at all  slowing down her foster work. Just recently, she embarked on a new adventure: fostering two-day-old puppies. Still, she won’t lose sight of fostering the senior dogs and dogs with special needs who are near and dear to her heart.

“It really kills me to see the most vulnerable ones struggling in a shelter environment when all it takes is a warm bed, nutritious food and a routine of good walks for old and sick dogs to bounce back and be adoptable,” she says. “So that’s why I focus on them.”

Sure, being a senior dog may come with some challenges. But fortunately for Soba and others like him, people like Ranko are there to help them shine during their golden years. 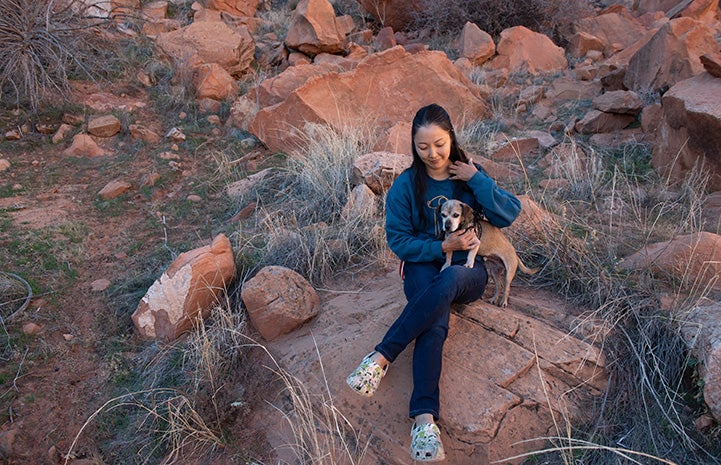 Unleash the hero inside of you

You can be a superhero by fostering pets from your local shelter.

From four legs to two legs, a kitten’s journey

Pets adopted from Best Friends: where are they now?