Prison program, trainers put adoption in the stars for a spirited dog

Image
Orion needed training help so, through a partnership with Paws for Life K9 Rescue, he headed to prison.
By Nicole Hamilton

It’s probably safe to say that Orion has never met a person he doesn’t like. Part pit bull terrier mix and part social butterfly, he was generously kind with staff and volunteers when he was at Best Friends in Los Angeles. That being said, he wasn’t all tail-wags and kisses back then. Alone time made him anxious and he was apt to pull hard on the leash in excitement when he saw a dog coming his way.

These two tendencies together added up to one big barrier preventing Orion from being adopted. Still, the dog behavior team at Best Friends knew there was a person out there for Orion, just like there is for every dog. Finding that home wouldn’t be a case of the stars aligning. It would take patience, time and a team of people with plenty of both to give.

Team Orion, as it turns out, was easy to organize. Best Friends had recently welcomed Paws for Life K9 Rescue to the lifesaving center. That’s where the organization operates its People and Pets Innovation Center, which offers free training, play groups and resources to the community of Los Angeles.

Today, Paws for Life's on-site trainers work closely with the Best Friends dog behavior team to help dogs like Orion. But first Orion would need a crash course on leash manners, as well as some help managing his anxiety. So, he headed to a Los Angeles prison to take part in the Paws for Life K9 Rescue Prison Program. There, he could get help from trainers without distraction. 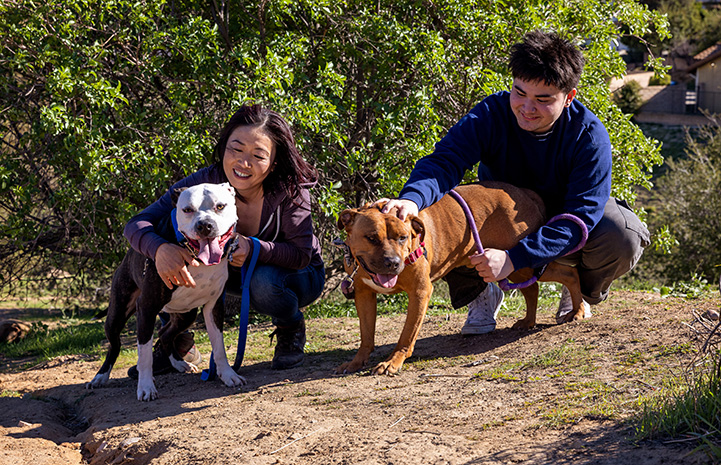 Orion is an impressive figure ― the kind of dog whose size alone makes you do a double take. “The first time I saw Orion, I thought, man, this guy is buff,” says trainer Demarie R. Mackey of his former student. Demarie thought Orion was beautiful, and he quickly zeroed in on his demeanor. “Like most dogs, he was very unsure of his new surroundings,” recalls Demarie. “He was very serious and stiff.”

Demarie first needed Orion to trust him, so at first, they just spent time together without asking much of the big dog. Once Orion saw his mentor as a good friend, the training began. Things went smoothly until it was time to teach him loose leash walking. “That’s where the problems came in,” says Demarie. “He wanted to walk ahead and pull his handlers. Man, was he strong.”

[Prison program betters the lives of dogs, inmates and veterans with PTSD]

Demarie worked through this by redirecting Orion’s body and attention back to him. Once Orion got the hang of leash walking, Demarie was able to help him fine tune other skills. After about six weeks, Orion graduated from the prison program and returned to Best Friends, where he did post graduate work in manners and commands with Paws for Life trainers and members of the Best Friends team.

Brittany Sorgenstein, executive director of Best Friends in Los Angeles, says the collaboration between Paws for Life K9 Rescue and Best Friends was crucial in getting Orion ready for his forever home. “Dogs like Orion need individual attention and training in order to succeed in a shelter environment. The trainers at Paws for Life, along with Best Friends staff and volunteers, were able to give Orion the consistency and attention that he needed to show in his best light.” 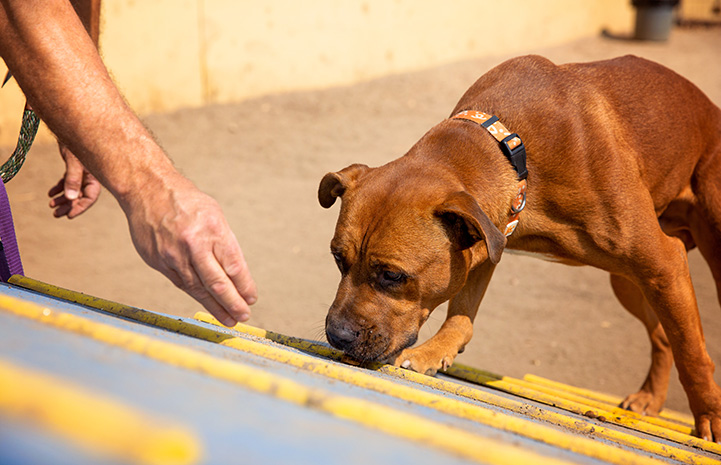 Nanami Bombassei, a longtime Best Friends volunteer, had followed Orion’s transformation from a nervous dog to a calmer one now able to take part in play groups without getting overly excited. But even though Orion was one of her favorite dogs when he was at Best Friends, she never considered adopting him. After all, she’d already adopted Zeke, a Best Friends alum with similar challenges when he was at the center.

Then she learned that a possible adoption of Orion had fallen through. When he returned to Best Friends, she thought he looked a little sad and her heart went out to him. One day while watching him play gently with other dogs in a play group, she got to thinking about how much Orion had grown. He’d turned over a new leaf. Turns out, she was ready to turn one over, too.

Nanami talked over the possibility of adopting Orion with Amanda Yocom, a supervisor for Best Friends in Los Angeles who worked closely with Orion. “She said it just might work because Zeke and Orion have similar personalities and play styles,” she says. With thumbs up from Amanda, it was time to see how well the two dogs got along. Turns out, they get along famously. “I was so happy to see both dogs playing together,” says Nanami. “That’s when I decided to adopt Orion.” 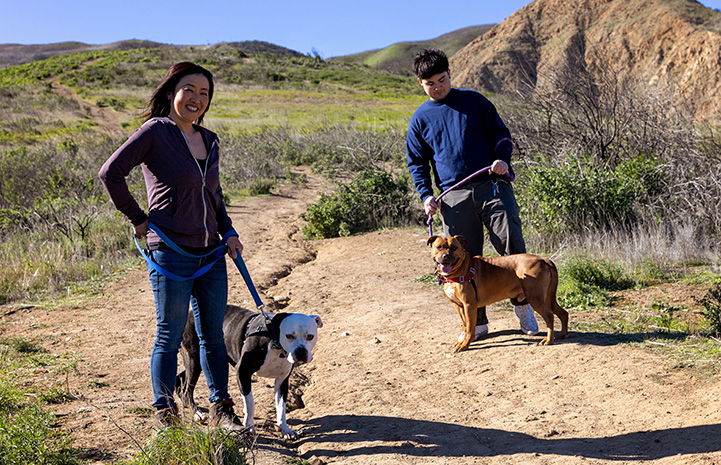 Today, Nanami looks back to the days when Orion first came to Best Friends and says confidently that he’s come full circle. “When he was at Best Friends, at first he was mouthy and jumpy, but such a cuddler in the play yard,” she says. “Paws for Life helped him a lot. Now, he’s not jumpy or mouthy anymore. I haven’t seen that in a long time.”

Like all of us, Orion’s skills are a work in progress. He sometimes pulls a bit on the leash and can get a little excited when he sees other dogs, but Nanami isn’t worried one bit. Besides, she knows Best Friends and the team at Paws for Life are there to help her with guidance, should she need it.

As for Demarie, he's on to training other dogs and was elated to hear that Orion is doing so well. “It wasn’t easy, but it was a labor produced out of love,” he says. “What could be better than knowing that he’s in a safe and loving home?” 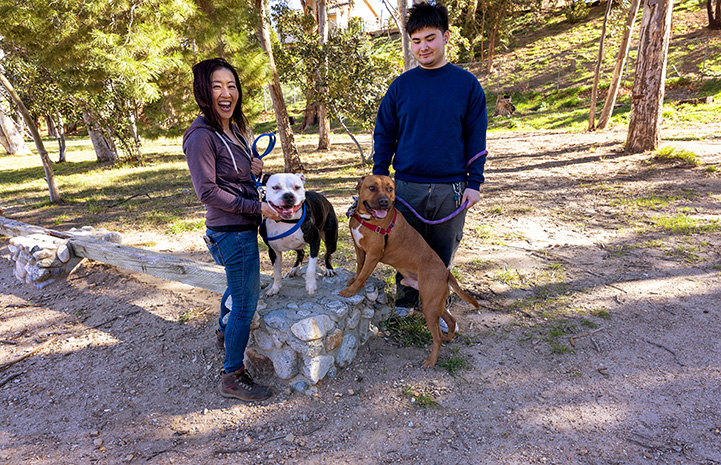 Adopt a dog from your local shelter and help a life (and your life, too) shine brighter.