Summer internships for a family of four

It was during an extended family trip in 2012 that the Scharf family — Matt, Loulie, Landon and Berkeley — fell in love with Best Friends Animal Sanctuary. They spent seven weeks volunteering with the animals — a week at Best Friends in Los Angeles and six weeks at the Sanctuary.

Since the moment they left Best Friends, the Scharfs have wanted to return. When they finally had the opportunity to come back this summer, all four family members took advantage of internship opportunities at the Sanctuary.

Six weeks of volunteering at the Sanctuary

The Scharfs’ first trip to Best Friends was part of a year-long road trip in a conversion van. They originally planned a simple summer vacation at the Sanctuary, but because their mission was to help animals (and they really wanted to dive into the experience), they decided to go all-out. They sold their house and cars, packed up the van, loaded up their two dogs and headed west from North Carolina. 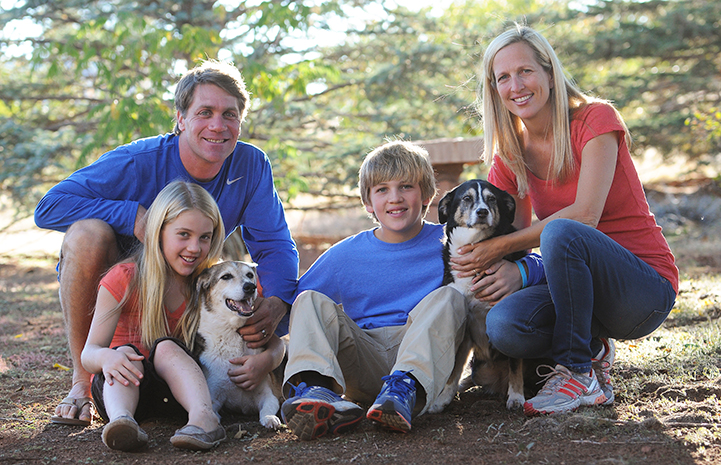 While at Best Friends, Matt spent the mornings working, while Loulie home-schooled the kids, Landon and Berkeley. Their afternoons were spent volunteering with the animals at the Sanctuary — mostly at Parrot Garden and Cat World, but also at Dogtown, the Bunny House, Horse Haven and Marshall’s Piggy Paradise. During that trip they adopted two more family members from Best Friends: a cat named Wednesday and a cockatiel named Gusto, whom they call “Goose” for short. (And yes, they all fit into the van, even if it’s a bit cramped). 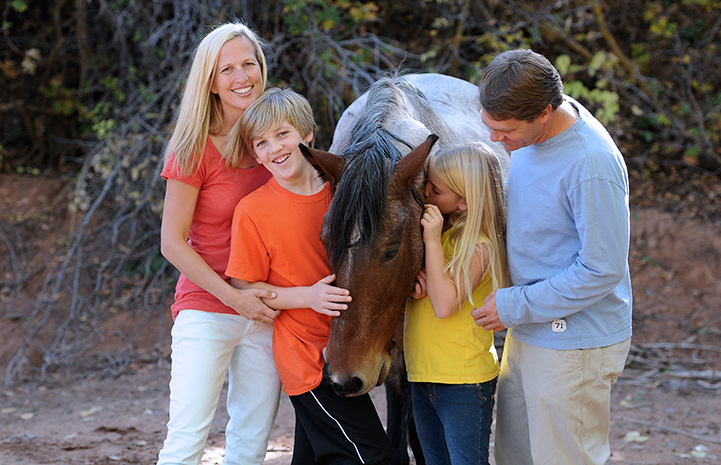 Internship opportunities for a family of four

During their most recent trip, the Scharfs had just two weeks to spend at the Sanctuary, so they decided to make the most of it and learn all they could while helping the animals. Matt and Loulie took on two-week animal care internships, while Landon, 18, and Berkeley, 16, put a personalized spin on the internship program.

Berkeley has wanted to be a vet since she was a little girl, so while working at Cat World and Parrot Garden she shadowed staff administering medication and provided routine medical care. Landon, who plans to study business, spent time at the Best Friends Visitor Center and the Best Friends Welcome Center, checking in visitors, doing inventory and arranging merchandise. 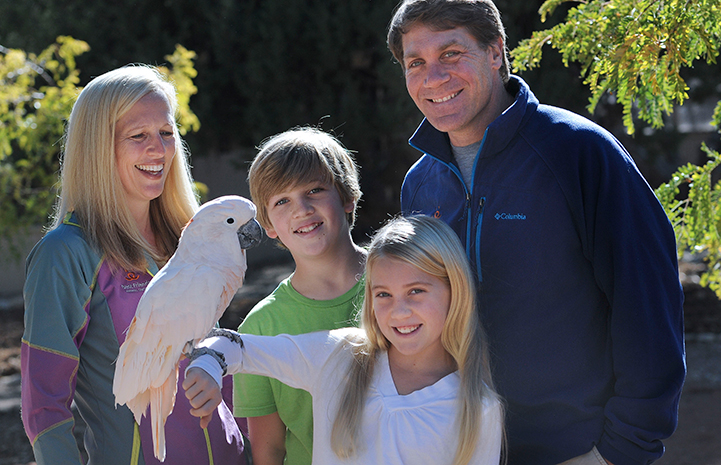 Everyone got plenty of time to spend with the animals as well. Landon worked at Dogtown and Cat World; Loulie spent a week at Cat World while Berkeley was there;  Matt (who has a soft spot for birds of prey) worked in Wild Friends; and everyone spent a full week working together at Parrot Garden. As interns, the family also attended workshops and demos on trap-neuter-return (TNR) for cats, breed discrimination and clicker training.

Not surprisingly, the two weeks flew by all too quickly. But the experience and the memories will last a lifetime, and the Scharf family is sure to return. “Animal lovers are my tribe, so when we’re there, I’m with my tribe,” says Loulie. “If it was possible, we’d come back to Best Friends every year.” 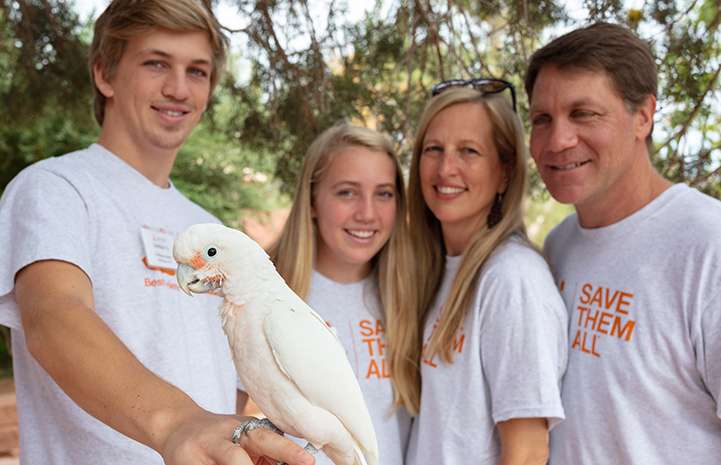