Making a better world through kindness to animals

Dr. Jane Goodall said it best: “You cannot get through a single day without having an impact on the world around you. What you do makes a difference, and you have to decide what kind of difference you want to make.” That resonates with me.

The vision statement of Best Friends is “A better world through kindness to animals,” which is to say that if we look to the well-being of the least empowered among us, we will cast a net that includes, well, the world. Many will say, and have said over the years, that this is a hopelessly naïve and out-of-touch dream that doesn’t square with the reality of power, money and the cutthroat politics that run the world.

But the world as we know it is the consequence of individual decisions that have been made over the course of millennia and continue to be made today, by each of us. However rigid and fixed the structures that hold things in place may seem, we all witnessed just how tenuous they really are when the COVID-19 pandemic almost brought the world to its knees. 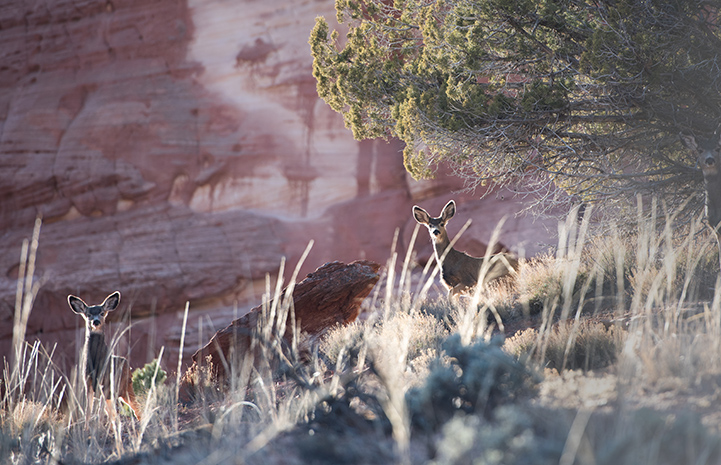 So, where do you start if you want to make a difference for the animals? By getting involved in animal welfare? Animal rights? Anti-vivisection? Becoming vegetarian? Becoming vegan? Is eating honey cruel to bees? Is wearing wool cruel to sheep?

There are a lot of potential pitfalls when trying to chart a compassionate path through life. Take those who practice Jainism, an austere religion from India that claims a tradition at least as old as Hinduism. The Jains wear masks to prevent them from accidentally swallowing flying insects and sweep the path in front of themselves as they walk lest they tread on crawling creatures, in their efforts to protect other living things from their impact on the world. But you don’t have to adopt an “ism” or go to extremes to take steps in your preferred direction, which, if you are reading this, I’m guessing has something to do with helping animals.

[7 priceless gifts pets give us]

Being kind to animals is a great place to start, even if you really only care about your own dog, cat, bunny or bird. We have all taken great pleasure in making our pets feel at ease in their new home. We know what makes them feel frightened and what makes them feel relaxed and secure. Stomping around the house in a bad mood probably sends your pets into hiding. Not kind. Thinking about the effect that indulging in your bad mood will have on the animals in your household and taking a deep breath first to protect them from something they are powerless to deal with — well, that’s kindness, and not only that, it makes for a better household.

That’s a simplistic example, but in truth, the dogs and cats in my life have served as the most effective mirror for my own impact on others — more than I could ever have hoped for or feared. When you begin to observe your pets, independent of yourself, it opens up a rich and fascinating new world. 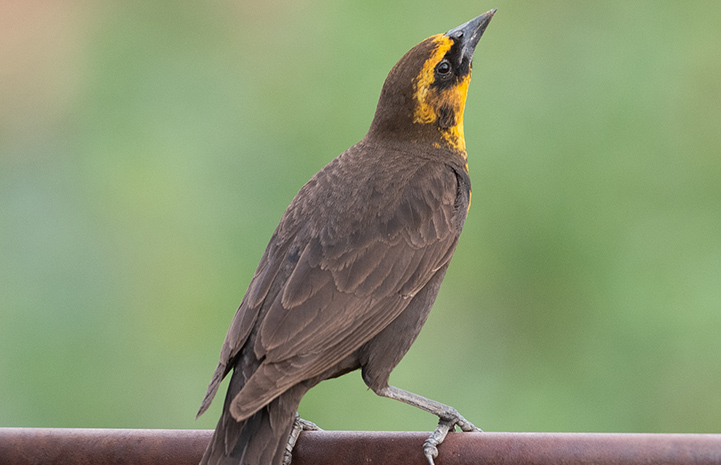 It’s not hard to get into the skin of your animal friends. It begins with being quiet and watching and listening. They’re communicating with us all the time through vocalizations, body language, where they lie down, which way they face. What are they looking for in the relationship? It’s never just a meal. Is it the ability to trust? Is it approval, confirmation that they are doing the right thing? Is it the need to have a place in the perceived pecking order, to have a leader, a companion? Maybe, if they have been through a rough time prior to entering your household, it’s simply the need to feel safe.

Teddy, a highly animated, fuzzy white dog, was a wonderful friend who passed away a few years ago. He helped me realize how hard our animal companions work to get through to us. Relating to Teddy, a ridiculously cute Hurricane Katrina survivor, was like playing charades. “First word, two syllables, sounds like …” I could hear him thinking, “Geez, Francis, if you tried half as hard to communicate with me as I try to communicate with you, we’d be speaking French by now!” Somewhere along the way, Teddy decided that the best way to get through life was to be happy and to make everyone else happy as well. He taught me a lot.

Taking a little time to see what’s going on reveals that, on their own terms, the animals have important things to attend to, sophisticated relationships, and they are motivated by the same concerns that drive us all. Their lives have depth and texture. They make decisions and they puzzle over and work out solutions to problems. It’s no longer a surprise when one of our dogs figures out the secret of doorknobs or when the squirrels defeat my most ingenious attempts to keep them out of the bird feeders.

Animal lovers get it. That’s why most people who have pets believe that they are part of the family, and why some defy fire and flood rather than abandon their pets in the face of a disaster. It was the great lesson coming out of Hurricane Katrina that led to the passage of the PETS Act, mandating evacuation protocols for pets in any community requiring federal aid during a disaster. But if we step off the kindness trail at the household pet turnoff, we will miss out on the larger and much more interesting story of what is going on all around us. 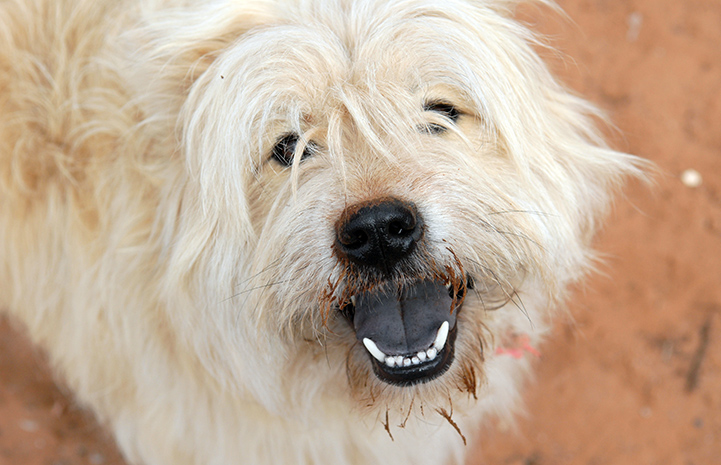 We are all connected

I have been privileged to live and work in Angel Canyon, the home and headquarters of Best Friends, since we arrived here 36 years ago and started shoveling sand to create the first iteration of the Sanctuary. I have a literal window on the natural world of the Colorado Plateau. It is a starkly beautiful but harsh and unforgiving landscape of red, pink and white sandstone cliffs, blown sand, sagebrush and juniper. This landscape is cut through with a life-giving creek fed by seeps and springs that support habitat for a variety of wildlife — from mountain lions, deer, coyotes and bobcats to eagles, owls, hawks and songbirds to lizards, bugs and spiders.

Watching and listening to these animals (not so much the secretive cougars and bobcats), I have come to appreciate the complexity of their lives and the struggle for survival that we all share. Even the ones I don’t particularly like — such as ants, whose seemingly chaotic activity is actually highly structured and role-oriented. Ants’ brains are 40,000 times smaller than ours, but they perform remarkable feats that boggle the mind. For example, a recent study determined that a species of desert ant navigates to and from food sources by “counting” their steps via some type of built-in pedometer.

Even if you don’t live “out in nature,” there is animal life worth watching all around, from squirrels and pigeons in the park to racoons in suburbia to the legendary “pizza rat” who took social media by storm a few years ago. Look and listen — it’s there.

[5 pet stories that are 100% guaranteed to make you smile]

I have come to understand that there is no such thing as a small or unimportant life. Every creature, however small or strange, different or possibly repulsive to us, has a life that matters to them and should matter to us as we make our way through the world. It should matter to us because we are all connected and their fate is ultimately our fate.

We spend hundreds of billions of dollars searching for life in the galactic void, while failing to appreciate and protect the lives right in front of us, as we stomp around our own planet in a bad mood, driving species to extinction. As Dr. Jane Goodall observed: “Here we are, the most clever species ever to have lived. So how is it we can destroy the only planet we have?”

With kindness in mind, treating all living things as we would like to be treated, we can make life easier for our fellow earthlings. We can make a better world through kindness to animals. 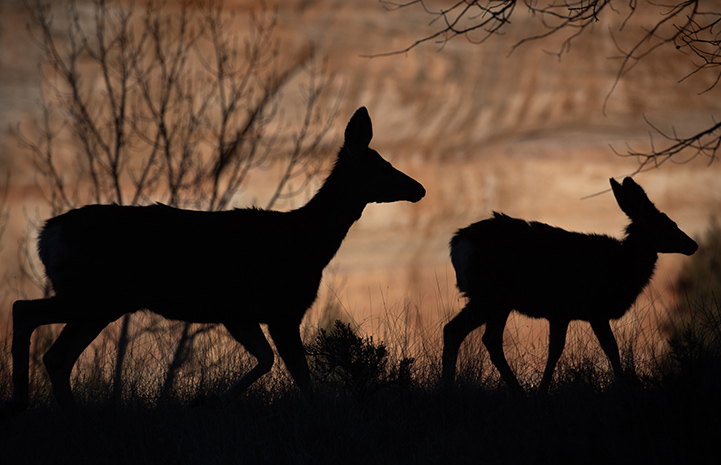 No-kill could be the new normal in Grady County, Georgia