Image
People and rescue organizations, including Best Friends, come together to help save 21 beagles in an empty foreclosed home.
By Nicole Hamilton

If Cooper isn’t curled up in a chair with his adopter or keeping her company while she reads a book, the young beagle is likely outside in the backyard of his home in Fayetteville, Arkansas, running around with his partner in fun, the family’s Jack Russell terrier.

In Tulsa, Oklahoma, a beagle named Lorelai sleeps with her head on a pillow beside her adopters every night, and she sits as patiently as possible in her own chair at the dinner table while her family eats.

Cooper and Lorelai are living the good life now, but that’s not all they have in common. They’re two of 18 beagles (including a very pregnant mom) found abandoned and living in an empty house in Pine Bluff, Arkansas. At the time some, including Cooper and Lorelai, appeared to be injured and all the dogs were hungry and scared. But with help from many people and organizations (including Best Friends), better lives were on the way for all of them.

Coming together to save neglected beagles

Pine Bluff animal control officers brought all the dogs back to the shelter, where the team discovered that the mom dog, who they named Molly, was due to give birth any day. Some of the dogs, including Cooper who had an open wound on his head, needed immediate medical attention. Lorelai had scars on her face. Many of the dogs were severely underweight.

The shelter team knew it would take a community to help the beagles, so they contacted Donna Ezell of Beagle Base Camp. She enlisted the help of Carmen Nelson at Animal League of Washington County, who connected Donna with the team at Best Friends in Northwest Arkansas. Within 24 hours, Best Friends found foster homes for each of the dogs and began working with Beagle Base Camp to transport them to Bentonville. 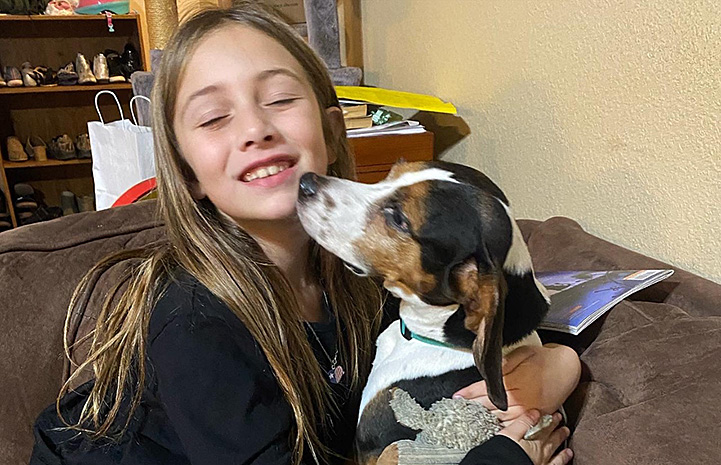 “This was community-based sheltering in action,” says Ali Paepke, a Best Friends supervisor in Northwest Arkansas. “And it was a true testament to the love Arkansans have for animals.”

In the meantime, the team at Beagle Base Camp was able to transport the dogs from Pine Bluff to their boarding facility in Conway, Arkansas, where they were fed, bathed and made comfortable before spending a couple of nights in foster homes. The dogs were also given medical exams by a veterinarian, who discovered that many were heartworm positive and determined that Cooper’s injury would heal. Molly delivered six puppies while at Beagle Base Camp, and although three didn’t survive, the remaining three are thriving. 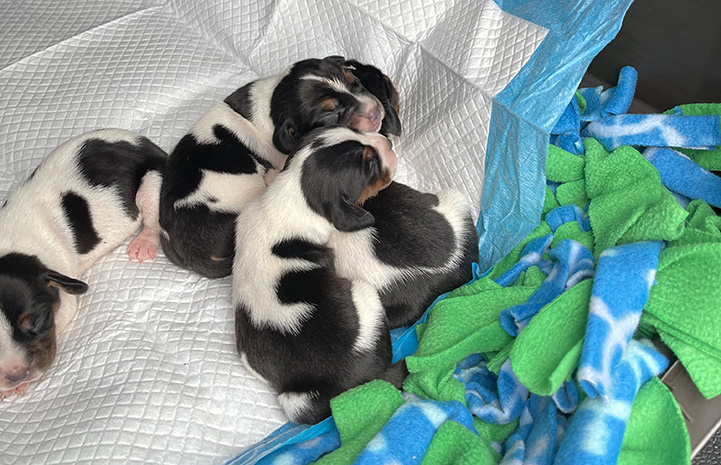 Putting dogs on the road to better lives

When Best Friends volunteer Victoria Hodgson learned the team was seeking foster homes for the beagles, she offered to help in a different, albeit just-as-important way. “Transport is more my style,” says Victoria, who grabbed a coffee from Starbucks, queued up a podcast and made the three-hour drive to Conway to pick up the dogs.

“It was easy,” she says. “So many people from the rescue were there to help. They’d named the beagles and were taking pictures with them while they helped load up the van. On the way back, (the dogs) were all so quiet. They just slept.”

By the time the beagles reached Bentonville, foster volunteers were waiting for them. Molly went to a foster home along with her three nursing puppies. And two others, Zoom and Fallon, went together to a foster home where they helped teach two young girls about dog fostering.

“The community really rallied for this one,” says Ali. “They came together to help in such a big way.” 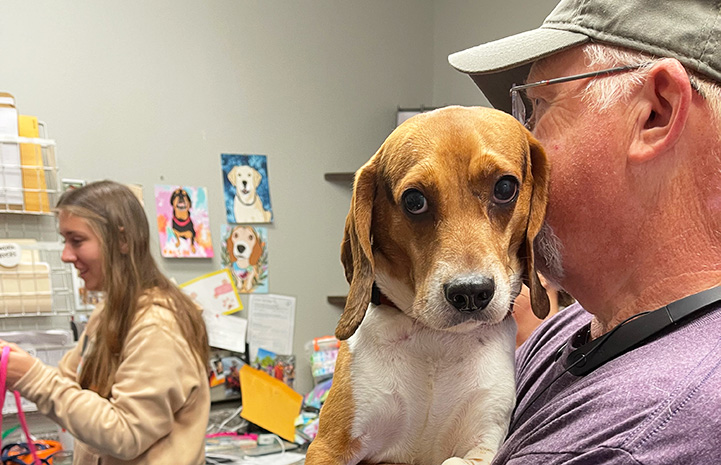 Lacey Vance of Beagle Base Camp estimates that nearly 40 people (from veterinarians to foster volunteers) came together to help the beagles. She says, “The stars aligned, with one person calling another and then another, (and they) all said yes to helping. That part is really phenomenal.”

More than ever before, the Bentonville community came together to support animals through Best Friends. “Everyone really rallied for this in big ways,” says Ali. Even Victoria, who usually sticks to transporting pets, detoured from her normal routine to foster (for the very first time, no less) a beagle named Cherry.

Today, nearly all the beagles rescued from that abandoned house have been adopted. (One is getting a little extra help with his separation anxiety, but he’s growing more confident every day.) Cherry will be in her new home in time for the new year.

Victoria says it will be bittersweet to say goodbye to Cherry, who she watched go from fearful to fun-loving and affectionate. “At first, she was so scared. All she wanted to do was sleep,” says Victoria. “But she’s a good dog. They are all such good dogs. And now they’re all going to have really good lives.” 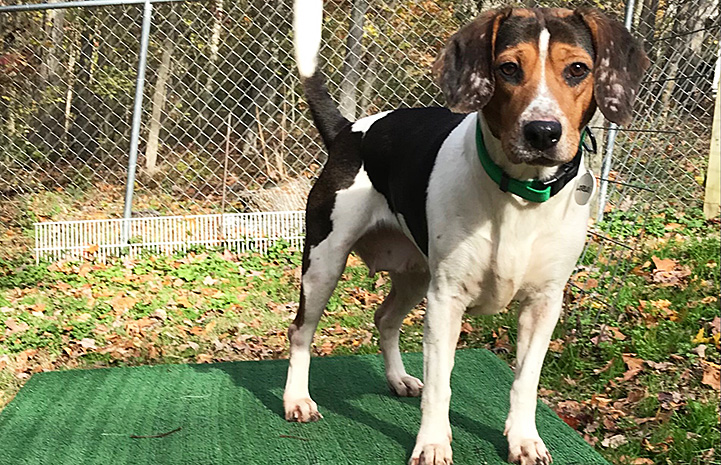 You can help save lives, too

From volunteering with your local shelter to fostering to working with local policy makers, there are many ways help pets in your community.