Best Friends Animal Society believes all dogs are individuals and deserve a chance at happy lives, no matter their breed.

BSL stands for breed-specific legislation. It refers to laws that ban or restrict certain types of dogs based simply on their appearance, usually because they are perceived as dangerous.

BSL is a misnomer in that BSL laws are anything but specific. These laws target dogs not because they are a specific breed, but because someone thinks they may look like a certain breed. And even if dogs may look alike, it doesn’t mean they will behave the same way. BSL is sometimes known by another acronym: BDL, or breed discriminatory legislation. Best Friends prefers to use the term breed discriminatory legislation, as it more accurately describes these types of laws.

One of Best Friends' main goals involves working to eliminate dog breed discrimination. Dog breed bans and other forms of breed discriminatory legislation force many people to give up their beloved pets. In America, responsible people should be allowed to love and care for any breed of dog they choose. Working together, we can ensure that every loving pet — no matter the breed — receives a loving home.

Are certain breeds of dogs inherently aggressive and dangerous? Some people assume some breeds of dogs are more prone to attacking and biting, though this is a misconception. BSL is often enacted to ease fears over public safety, but these laws are ineffective and very costly.

Pit bull terrier dogs and puppies are the most frequently and unjustly targeted by breed discriminatory legislation as inherently vicious, aggressive and dangerous, though this is not the case, as shown by research, studies and policies from the National Canine Research Council, the Center for Disease Control and the American Bar Association. Unfortunately, negative media attention and the fact that particular breeds of dogs are used in illegal dogfighting has given these dogs a bad reputation.

Best Friends is committed to changing public perception of these dogs with facts, statistics and stories that illustrate their true, loving natures. Documentary films like The Champions, which chronicles life after the fighting ring for the dogs rescued from the property of professional football player Michael Vick, are key to telling that story.

As of 2019, 22 states (marked in orange on map below) have passed provisions against breed discriminatory legislation, and we’re working every day to increase that number. 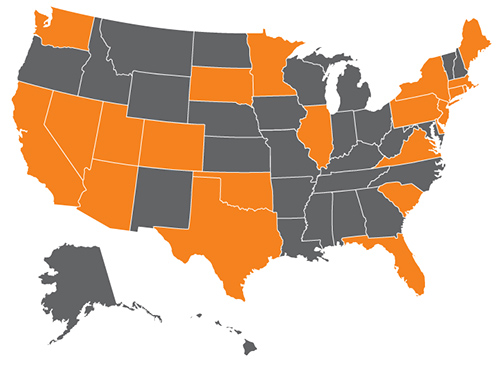 Take a stand for pit bull terriers and other dogs in need: Join the 2025 Action Team for resources on organizing your community, communicating with elected officials, advocating against ineffective "pit bull bans," and much more. View legislative alerts about ordinances and laws that may affect your city, county, or state and take action where applicable.