When a Best Friends staff member noticed two critically ill new arrivals, a long night up was a small price to pay for saving their lives.
By Sarah Thornton

It was just after hours when Tansy and Sage arrived at Best Friends Animal Sanctuary. Most staff members were already heading home after serving dinner and making sure everyone was settled in for the night. But Cat World supervisor Brittany Nataro stayed behind to receive the new arrivals, and when she looked into their carrier, she found two very sick kittens.

From their patchy fur and crusty skin, it was clear they both had ringworm, a harmless fungal infection not unlike athlete’s foot in people. But that wasn’t what concerned her. They were far too tiny and barely able to hold themselves up. When offered food, Tansy, the tortoiseshell-colored kitten, started eating ravenously, only to pass out in the bowl. Sage didn’t even lift his nose for it.

They didn’t look like they could make it through the night without immediate care, so that’s exactly what they got. Brittany rushed them to the Cat World medical building, hoping that it wasn’t too late to save them. 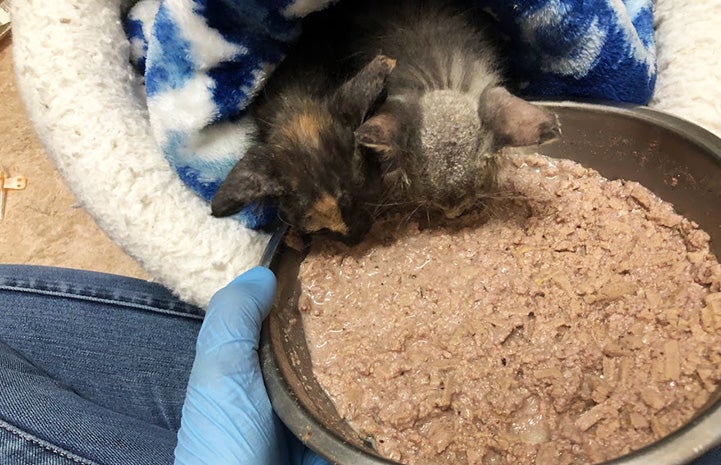 Brittany went through three thermometers trying to take Tansy’s temperature, thinking they were all broken because nothing registered. But when Sage’s temperature came back at only 90 degrees Fahrenheit, she knew Tansy’s must have been even lower. (They should have been somewhere between 99 and 102.5 degrees.) Both kitties were dehydrated, and they only weighed around 300 grams.

In her time at the Sanctuary, Brittany had cared for many other kittens whose symptoms resembled those of Tansy and Sage, and she suspected the siblings had feline panleukopenia virus. Also known as feline distemper, it is a contagious, viral disease which is often fatal and has no real treatment ― only intensive supportive care to keep cats strong enough to fight through as the virus runs its course. The kittens could be tested the next day when more staff would be available ― that is, if they made it through the night. They needed fluids and they needed to be warmed up, immediately.

“I got heating pads, I warmed up fluids, I got dextrose, B-12, butterfly needles, food and blankets,” Brittany recalls. “And I had them in a hidey bed, with three warmies around them, covered in a blanket, a heating pad plugged in underneath them, and every 15-30 minutes I was giving them warm, subcutaneous fluids with dextrose.”

She did that for hours, keeping the kittens warm and making sure they stayed alert while she continued giving them vitamins and fluids. It wasn’t easy, and Brittany says at one point the frustration drove her to tears. “I was trying to give them fluids, and they’re so tiny that it’s already hard. At one point I was like, ‘You better stop crying, because you can’t see through your tears to give this cat fluids.’”

Then, finally, just before 11 p.m., Brittany again checked the kitten’s temperatures to discover that they had both warmed up to 98 degrees. Tansy and Sage were stable enough that she felt safe going home. She couldn’t bring them with her due to the risk of illness spreading to her own pets, but she set an alarm and drove back to check on them and do treatments throughout the night.

[Critically injured kitten gets help when she needed it most]

The veterinary staff arrived first thing in the morning and gave Tansy and Sage a thorough examination, which confirmed Brittany’s suspicions: Both kittens tested positive for panleukopenia. They had made it through that critical night, but continued care would be necessary to keep them on the path to recovery. 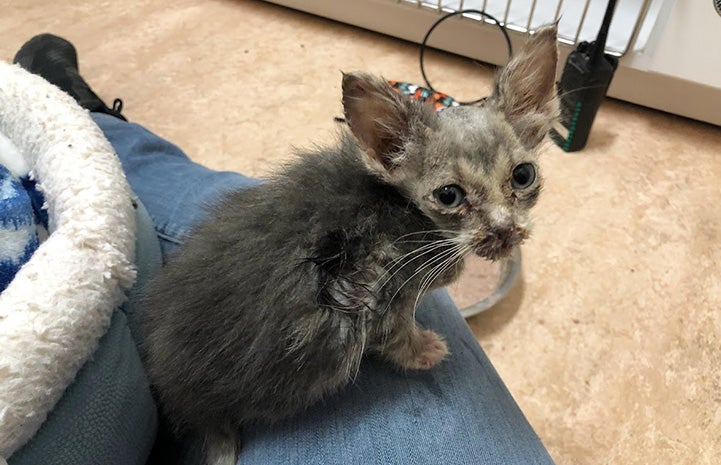 More Cat World staffers stepped in to help Tansy and Sage. Christa Bruno, Joyce Moyer and Amy Kohlbecker each took on shifts, helping to syringe-feed, weigh and check temperatures, as well as give fluids, vitamins and probiotics. No one was going to give up on the tiny twosome and everyone was determined to do everything necessary to get them up and running, climbing and playing.

“Over time,” Brittany says, “they started eating on their own and then their hydration was really good. And then one of them tested negative for panleuk, and then they slowly started getting better. Then they both were negative panleuk (and) all of the sudden, they just skyrocketed.”

With both kittens clearing the comparatively minor hurdle of a catching an upper respiratory infection (quickly and easily treated with antibiotics), Tansy and Sage, with help from their human friends, had made it through. They started gaining weight, doubling in size once, and then again with a little extra on top. And they finally, finally started playing.

“Now they’re just wild,” Brittany says with a relieved laugh. “They eat like pigs, they climb up my leg, they love to snuggle. They love tunnels, they tackle each other. All of their hair grew back from what they looked like when they first came in.” 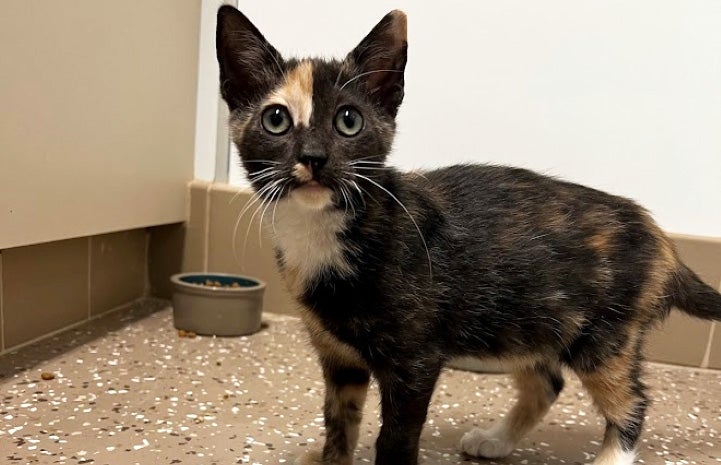 [There’s a fungus among us and it’s OK]

There’s just one more treatment for Tansy and Sage to go through ― regular pills and lime sulfur dips to clear up their ringworm. Before, they were so small that the pills would have been tough on their bodies. And being wet from the dip could have dropped their temperatures too much. But now that they’re bright, energetic and otherwise healthy, it will be like a walk in the park.

There’s no doubt that they’ll get adopted quickly, now that they're feeling good and loving life. They’ve come such a long way already, and they’re still at the very beginning of their lives.

Saving two tiny, sick kittens wasn’t easy, but it was worth it. “It’s something I will never, ever forget,” says Brittany, looking back on the experience. “And I would do it all over again.” 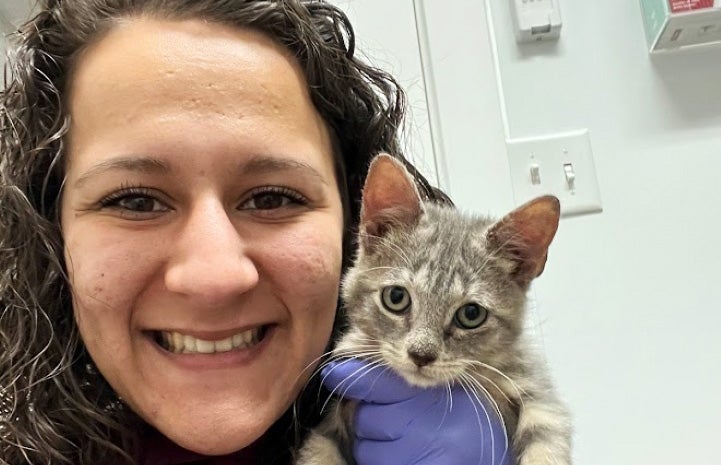 By becoming a Best Friends member, you can help save animals like Tansy and Sage.