A year after a painful goodbye, Andrea found a place that helped her heal – here’s her story.
By Andrea Pitts

We often hear from members who tell us that they feel a sense of kinship with Best Friends – with the organization, the animals, the people, the place. They say that when they’re here at the Sanctuary, among like-minded folks, they feel a deep and true connection. Heck, we all feel it, in our own way. That’s why, when we received this letter from Best Friends volunteer and supporter Andrea Pitts, we wanted to share it.

As animal lovers and as part of the Best Friends family, we really are connected — to one another, and to something bigger. Thanks for sharing, Andrea. We’re happy to be your happy place. 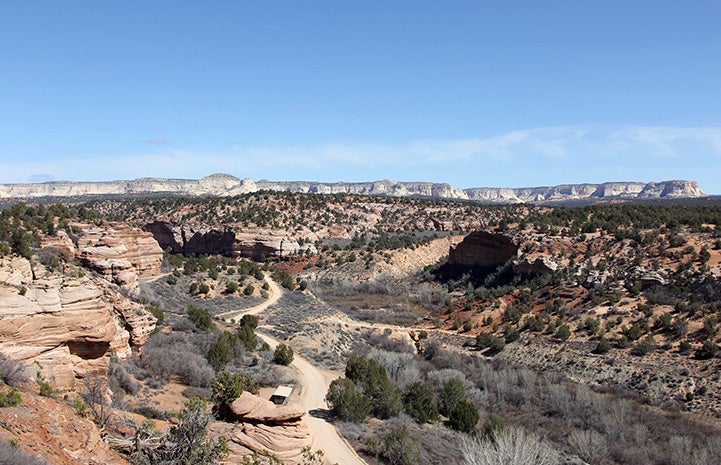 One Saturday morning in September 2010, my husband and I were lazily scrolling through the seemingly endless entertainment choices on Netflix. The rhythmic ping-pong-like suggestion game every couple plays when they initially can’t agree on what to watch was in double overtime that day. Finally, I blurted out, “DogTown it is!” and clicked “play” on the remote. Movies and TV shows about dogs are always a safe choice in our home because we have a clear understanding that if either of us didn’t like dogs, we simply wouldn’t be married. So, that settled it.

DogTown, of course, is the National Geographic TV series that takes place at Best Friends Animal Sanctuary. “Nestled in the shadows of Utah’s great national parks is an extraordinary place,” the narrator told us, “a 33,000-acre animal sanctuary called Best Friends.”

“Oh, yeah, I’ve heard of this place,” my husband said. “I’ve thought about taking you there. I think you would really be in your element.” By that point, I’d blocked out what he was saying. I called both of my rescued dogs, Sandi and Riley, onto my lap, and was focused on my new favorite show. I was hooked.

Eventually, the crisp September weather gave way to bitter November snow. I’d soon find out just how bitter, but at the time, we were enjoying our first holiday season in our new home with our four-legged daughters. We were excited to have a fenced-in yard that the dogs could call their own. They’d both had a rough start in life, and we were thrilled to be able to give them the safe and loving home they deserved.

As Thanksgiving approached, we noticed that Riley had lost some pep in her step. We took her to our vet, expecting him to say she had a virus or something that would eventually clear up. Instead, he flipped our world upside down. “Her blood platelets are very low,” he told us. “I believe she has an autoimmune disease. We need to get her platelet levels stable with steroids and then we can discuss further treatment options. I need to warn you — I’m not completely sure she will even make it through the night.”

We lay awake through the night, keeping a watchful eye on Riley. I flinched each time she made an unexpected noise, and each time she didn’t make any noise at all. Following that first night, I decided to hit the ground running and do whatever I could to help my girl. For two weeks, we fed her steroid pills twice a day. We took her to the vet daily, per his request, to check her platelet levels. I found myself gauging my own mood based on whether she had a good or bad platelet day.

In the early morning hours on the day after Thanksgiving, we woke with a sense of defeat. We were losing a battle I so desperately wanted to win. I held Riley’s face in my hands and locked eyes with her. I told her we would do whatever was best for her, even if it would break our own hearts to pieces.

During our appointment that day, our vet informed us that he had consulted with several colleagues about Riley’s condition. Given her response to the treatments we had tried, it looked as though her symptoms were consistent with an aggressive cancer. Armed with that information, we knew what was best for our girl. 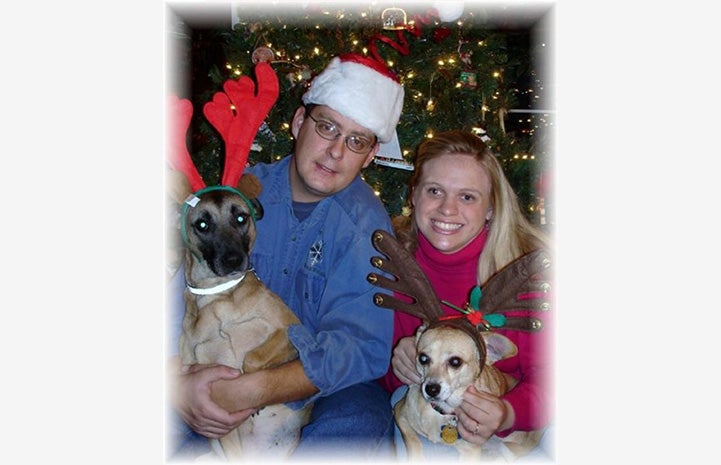 The seasons continued to move forward swiftly. Before we knew it, Riley had been gone a year. Despite this, it still hurt when I thought of her. Noticing my pain, my husband suggested the one thing he felt might lift my spirits: “Let’s go play with some dogs!”

“Where?” I asked him. “We have two right here.” Our newly rescued boy, Cody, was gracing my lap as I spoke. “Best Friends,” he said. “No better time to give back than at Thanksgiving, right?” I couldn’t argue with his logic.

The five-hour drive on Thanksgiving weekend to Best Friends Animal Sanctuary felt like days. I couldn’t wait to get there – to fraternize with other pure-hearted animal lovers. Finally, we reached the red-rock landscapes of southern Utah. It felt as though the sign welcoming visitors to the Sanctuary was staring back at me. “Here we go!” I said as I unclipped my seat belt and gripped the door handle, ready to make my exit from the car.

The first order of the day was to take part in a tour of the Sanctuary. As I looked out the window of our bus, my heart felt full. We passed the Bunny House, the Parrot Garden, Cat World, Horse Haven — each as incredible as the last. Then we rolled into Dogtown, the place that started it all on a lazy day searching through Netflix offerings.

[Adorable couple in their 80s spend all their free time saving animals, and the photos say it all]

Everywhere I looked, there were dogs – all ages, all shapes, all sizes. As I got off the bus, I was greeted by a sea of wagging tails. Their excited whimpers for attention pulled me in. I bent down to their level and introduced myself to those who approached. Each one made eye contact with me, as if to say, “I’ve been waiting for you!” I felt the same – they were waiting for me, and I had undoubtedly been waiting for them.

We spent the next four days connecting with new friends and taking in the jaw-dropping beauty around us. As volunteers, we were encouraged to take a dog on an outing around the Sanctuary. The dog we chose was a little Jack Russell terrier with a significant overbite, which gave him a constant toothy grin. We asked the caregiver what suggestions she had as to where we could take him to stretch his legs. “Have you been to Angels Landing yet?” she asked. “You are in for a treat!” She gave us directions to the most spectacular red-rock amphitheater. 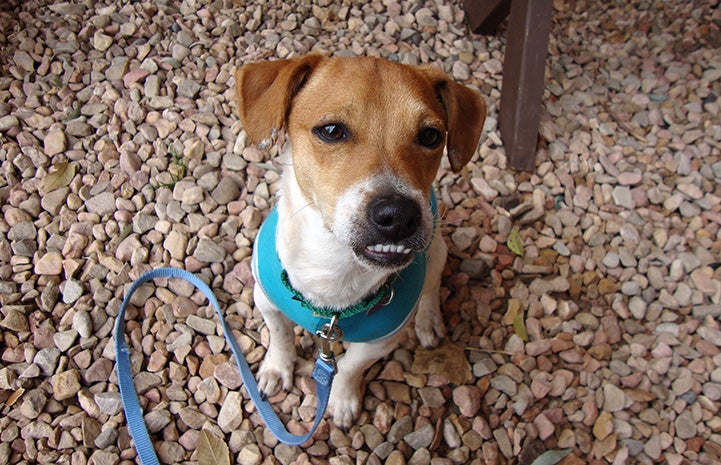 Awestruck by the magnificent view, I sat down and called our new smiling four-legged friend over for some love. My husband sat in silence next to me. I felt the weight of the past year melt away. He put his arm around me and broke the quiet. “You’re happy, aren’t you?” he asked. I took a deep breath and responded, “I’m not just happy. I’m home.” Learn about ways to honor and celebrate the life of a pet.