The people at Souris Valley Animal Shelter (SVAS) in Minot, North Dakota, are overachievers in the very best way. Their save rate for cats and dogs is sky-high, but that’s not enough for them. Nope.

To them, their ability to save so many pets means that they can and should offer support to other shelters who need it. The state of North Dakota is close to no-kill with an 88.6% save rate. And Shelbi Waters, the shelter’s executive director, is determined to do what she can to reach and help the pets still at risk when they land at a shelter in her state.

Recently, a Rachael Ray Save Them All Grant from Best Friends gave the shelter a boost to build even more programs to save pets ― cats, specifically. And when Shelbi learned that there was one holdout shelter in North Dakota that was saving less than 8% of the cats taken in, she set out to do something about it. 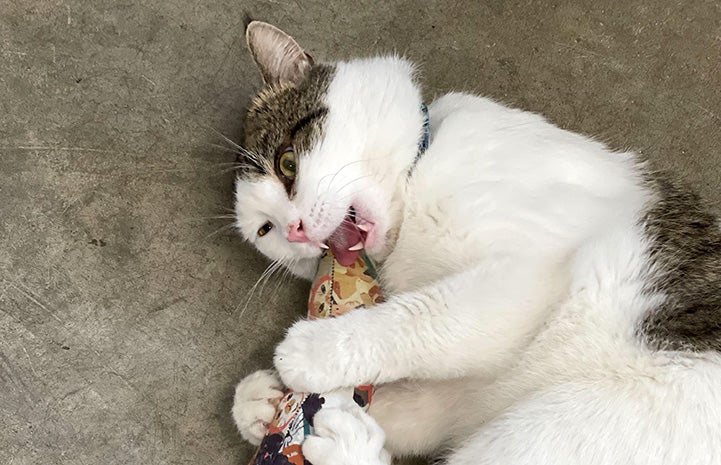 To be clear, Souris Valley’s amazing ability to save so many pets is due to its own hard work. Shelbi says that when she was first hired in 2018, the previous approach to helping both dogs and cats needed an overhaul. There were far more cats in the shelter than it was designed for, adoption numbers were low, and while volunteers were allowed to walk dogs, that was the only joy for dogs staying there. And they tended to stay there a long, long time before getting adopted. There was no foster program at all, and the shelter building was old and falling apart.

There were already plans to build a new facility, but SVAS needed more than a new building. It would take an overhaul in mindset to start saving pets on the scale the community needed. Shelbi was willing to start from scratch and rebuild things the right way. “We closed the shelter to clean it up,” she says. “Then (we) reopened for a time, and then moved into a temporary space while our new shelter was under construction.”

They’d been in the temporary shelter for just under a year (during the early days of the COVID-19 pandemic) when they heard that Maddie's Fund® was looking to support a rural shelter that was starting a foster program. Shelbi said yes. Then she asked her fundraising team to switch gears and start recruiting people to foster pets. “That ended up being the best idea on earth because they’re so good at asking people for things,” she says.

The community responded and the new foster program grew and grew. By the end of 2020, the shelter reached a 90% save rate, the benchmark for no-kill. 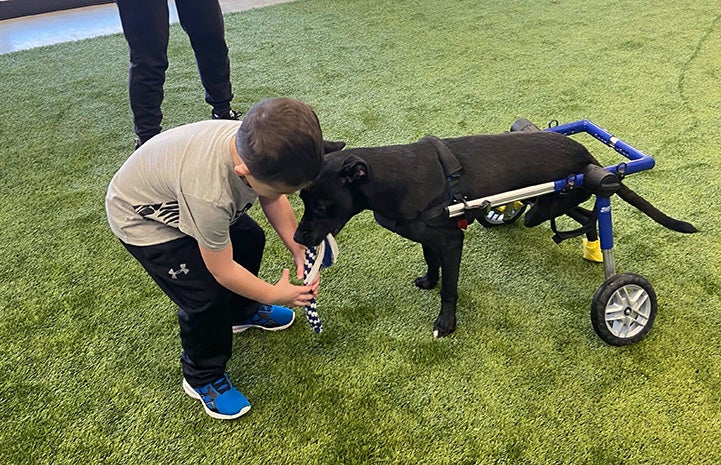 Then in the spring of 2021, Shelbi met Stacy Rogers, Best Friends Midwest and Great Plains regional director. Shelbi remembers the conversation they had that day: “Stacy said, wow, thank you for reaching no-kill. Then she shared data from the whole state with me.”

Shelters in North Dakota were doing very well overall except for one. Just a few miles away from the Souris Valley shelter, a city impound facility was taking in hundreds of cats a year and saving less than 8% of them. That was the moment that Shelbi, who had never been a cat person, became one.

“When I saw the euthanasia rate for cats, my heart just dropped,” she says. “I remember looking up at our operations director and saying, ‘This is unacceptable, and we are going to do something about it today.’”

She contacted the shelter to ask if they could help by taking in cats. The foster program was still growing and there were dozens of volunteers willing and able to take in pets. Unfortunately, the answer from the shelter was no, thank you. 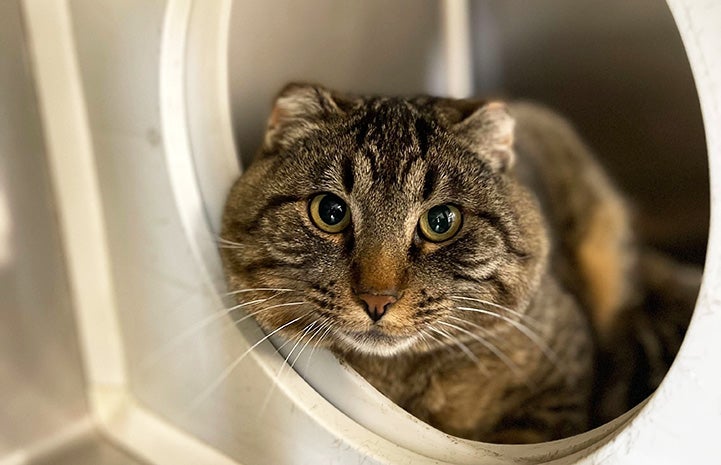 It was time to get creative again

The Souris Valley Animal Shelter would reach out to the local community to let people know that if they had a cat in need, to contact the shelter instead of the impound facility. They were there to help, and if a cat needed to be surrendered there would be no fee. Because Souris Valley had an overall 98% save rate, people could feel confident that any kitty surrendered would be safe.

[A most extraordinary mama cat’s love knows no bounds]

Best Friends supported Souris Valley with a $40,000 Rachael Ray grant to help the shelter cover costs for foster supplies and everything needed to take in more cats. That also meant trying something brand new: taking in orphaned kittens, something the shelter had never done before because of the challenge of bottle-feeding them every few hours. Other issues included their fragility, the inevitability that even with the best care sometimes kittens don’t make it, plus the amount of time, effort, expertise and supplies it takes to save them.

“None of us had experience,” Shelbi says. So, she decided to go first. A litter of tiny, orphaned kittens needed a place to go, and she agreed to foster them herself. The staff veterinarian coached her through it. “It was exhausting,” she says, “but it allowed someone on our team the ability to have hands-on experience.”

Remember, Shelbi wasn’t really a cat person when she took in that first litter of foster kittens. But the hours spent with them further changed her mind about cats. She had a favorite, a little gray tabby kitten she named Baby Scout, and raising her from a helpless tiny creature to a healthy kitten loved by a family helped Shelbi appreciate cats more than ever before. Most important of all, it gave her and the staff at the shelter the confidence to launch a care-foster program for kittens in need. “Our mentality was: If Shelbi can do it, anyone can do it,” she says with a laugh.

As for today, Shelbi says, “We have one of the most robust neonatal kitten programs in the state of North Dakota.” 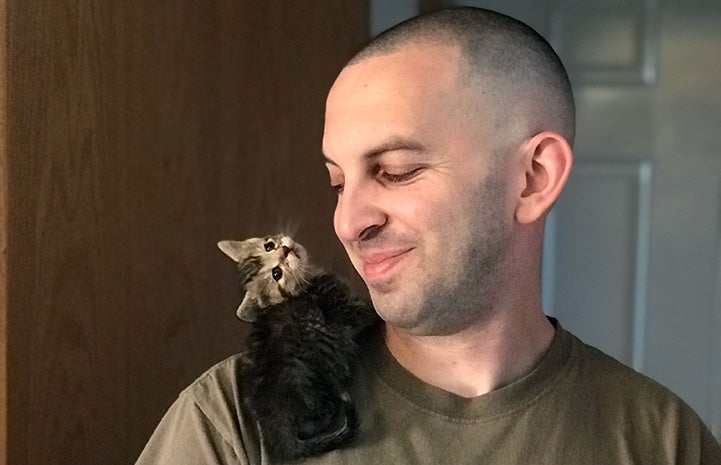 Souris Valley Animal Shelter recently moved into its new building, which was designed not only to increase capacity, but to keep pets truly happy and comfortable during their stay. Think giant windows for natural light, heated floors, an indoor dog park and loads of daily enrichment for both cats and dogs. And the foster program is still booming, so many pets don’t ever actually stay at the shelter.

Best Friends has supported the shelter’s work, both through the Rachael Ray grant and another grant for a transport van that allows the shelter to take in animals from further away. North Dakota is building momentum to become a no-kill state as a whole and building capacity in successful shelters is a good way to help the state get there.

Another reason Best Friends has awarded grants to the shelter is because the facility has been willing to help others. Stacy says what’s most impressive is how well the shelter works with the community. Recruiting people to foster, adopt, volunteer and donate, is a key element to expanding its ability to serve more animals.

[Fostering dogs a family affair for this foursome]

When Hurricane Ida hit Louisiana earlier this year, Souris Valley took in 60 animals, was able to put them all directly into foster homes, and then worked to find them permanent homes.

Stacy says, “Souris Valley is really committed to mentoring other shelters, helping other shelters do better and gearing their programs toward what’s needed to make North Dakota a no-kill state.” And SVAS recently signed on to mentor another shelter through Best Friends.

Our goal at Best Friends is to help every community reach no-kill, and that means supporting shelters that are willing to pay it forward. We like to say that together we can Save Them All, and people like Shelbi and her staff, working with the larger community in her area, are making that possible. 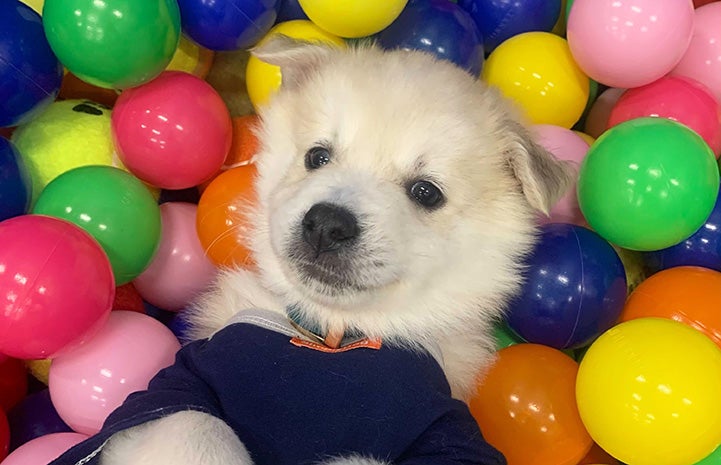 Foster a pet and save a life

No matter where you live, you can help homeless pets into their new lives by signing up to foster for your local shelter or rescue group.

Get started as a foster volunteer

The animal shelter that’s not a shelter at all